Sneaky Ninja claims to be “Mario meets Mark of the Ninja.” That’s a bold claim, considering both of those series are fantastic at what they do. After a Kickstarter campaign and a Greenlight success, Starfall Studios’ quirky little game has appeared as a mixture of 2D platforming and stealth, all wrapped in a candy-coated presentation. But don’t let its happy-faced limbless heroes fool you; this is a gutsy and rich stealth experience, one with deep level design and all the different options you’d expect from other, more venerable series in the genre. 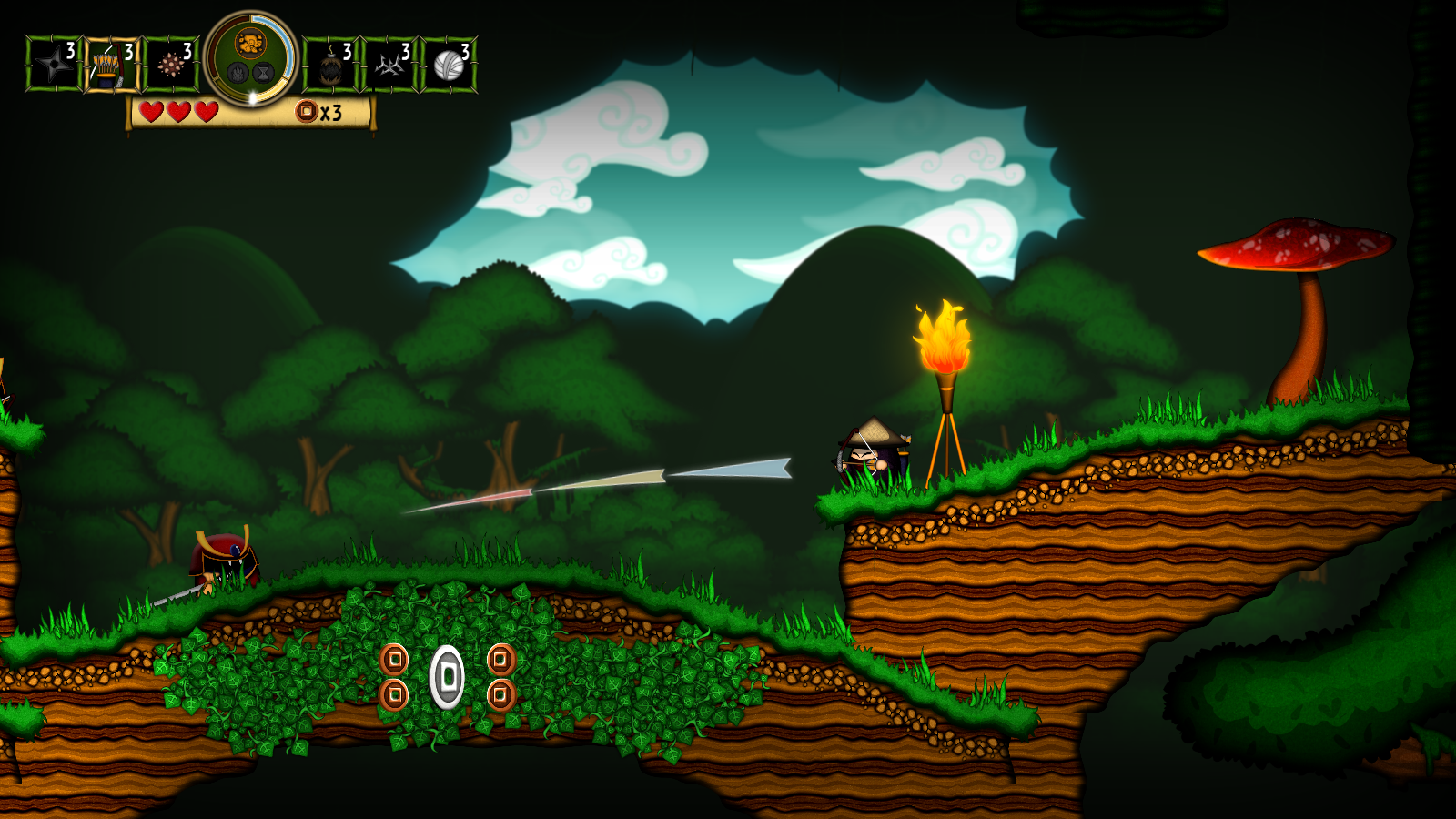 The main gist of Sneaky Ninja is to reach the end of the stage, all while evading detection and dodging perilous obstacles. Your ninja’s moves are astonishingly plentiful in Sneaky Ninja. You can run, jump, wall-jump, and crouch, but you can also interact with environmental hiding spots. You get a variety of ninja tricks too, like substitution dummies or ninja stars. This is all controlled on the keyboard, while aiming and using items is done with the mouse. This makes Sneaky Ninja’s controls start to miss their mark: platforming solely with the keys is sloppy and imprecise, especially for a game that can punish you for a hasty mistake. While it’s great to have mouse precision for various items like throwing stars, it’s not worth it to have your already messy jump on keys alone. This is a game that begs to be played with a controller, so I hope Starfall add gamepad support before the game’s release.

Sneaky Ninja’s level design, however, is where it really shines. Stages are extremely open-ended and offer plenty of ways to complete them. Will you hide in the grass above to drop down on your enemies, or will you swing precariously on the vines below to sneak up on them from there? The multiple paths and abilities are exactly what a stealth game needs, giving plenty of replay value and directions to take, whether sneaking past enemies or evading an incoming round of backup. This is complemented by fluid and accessible abilities, taking advantage of context-sensitive bushes, wells, and ivy to easily conceal yourself from enemies. The challenge is also executed well. While a simple completion won’t give you too much trouble, going for coins and bonuses can get hectic. It’s great to see a game with such a simple design use its stages in such layered ways, and with the promise of a level editor upon full release, I expect to see many amazing new stages later on. 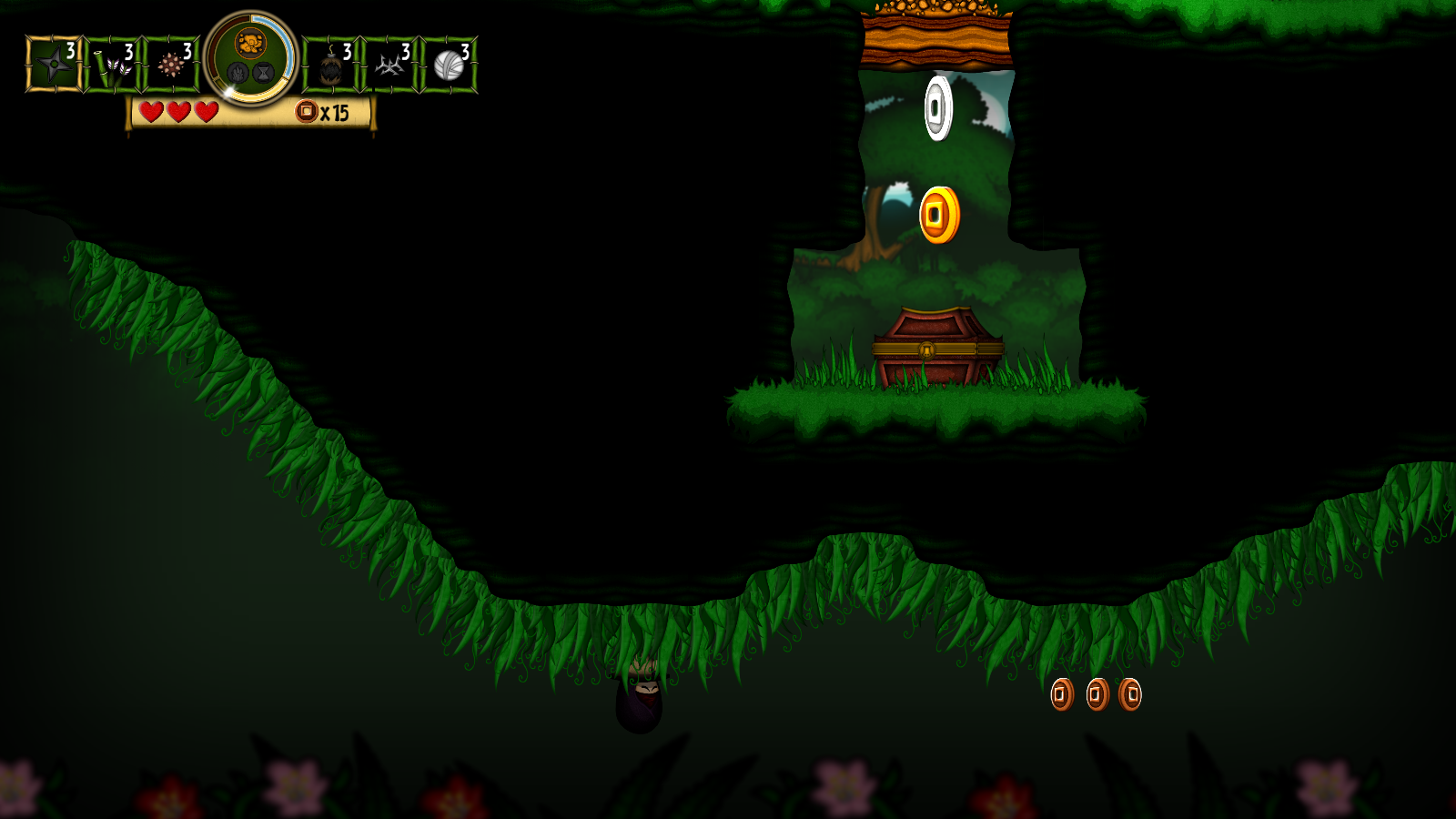 However, the AI leaves something to be desired, as many of the samurai, while capable in battle, can be downright stupid. Frequently they would run off cliffs or ignorantly stand around wondering where I went after I disappeared into a bush two feet away from them. Even so, Sneaky Ninja gives so many options when exploring the different stages, all while keeping much of its gameplay simple and accessible.

The presentation in Sneaky Ninja is absolutely adorable. The Mario side of the “Mario meets Mark of the Ninja” claim is on full display. There’s no blood or even a weapon swing when taking out enemies; your ninja instead whimsically bounces atop enemies’ heads, as they disappear in a cloud of smoke. It’s so lighthearted, perfect for kids, but also with a kind of all-ages charm for adults, just like Mario. The ninjas animate with limbless joy, a nice blend of retro anime like Hello Kitty with the classic flash cartoon series Weebl and Bob. Everything on screen is easy to see, so you’ll never get lost in the heat of a fight. I did encounter some nasty bugs, though, such as respawning at a checkpoint while trapped in the crouch position and unable to move, forcing a reset of the level entirely. Sneaky Ninja’s aesthetic is just so lighthearted that you won’t resist cracking a smile, even as samurai blobs are chasing you down. 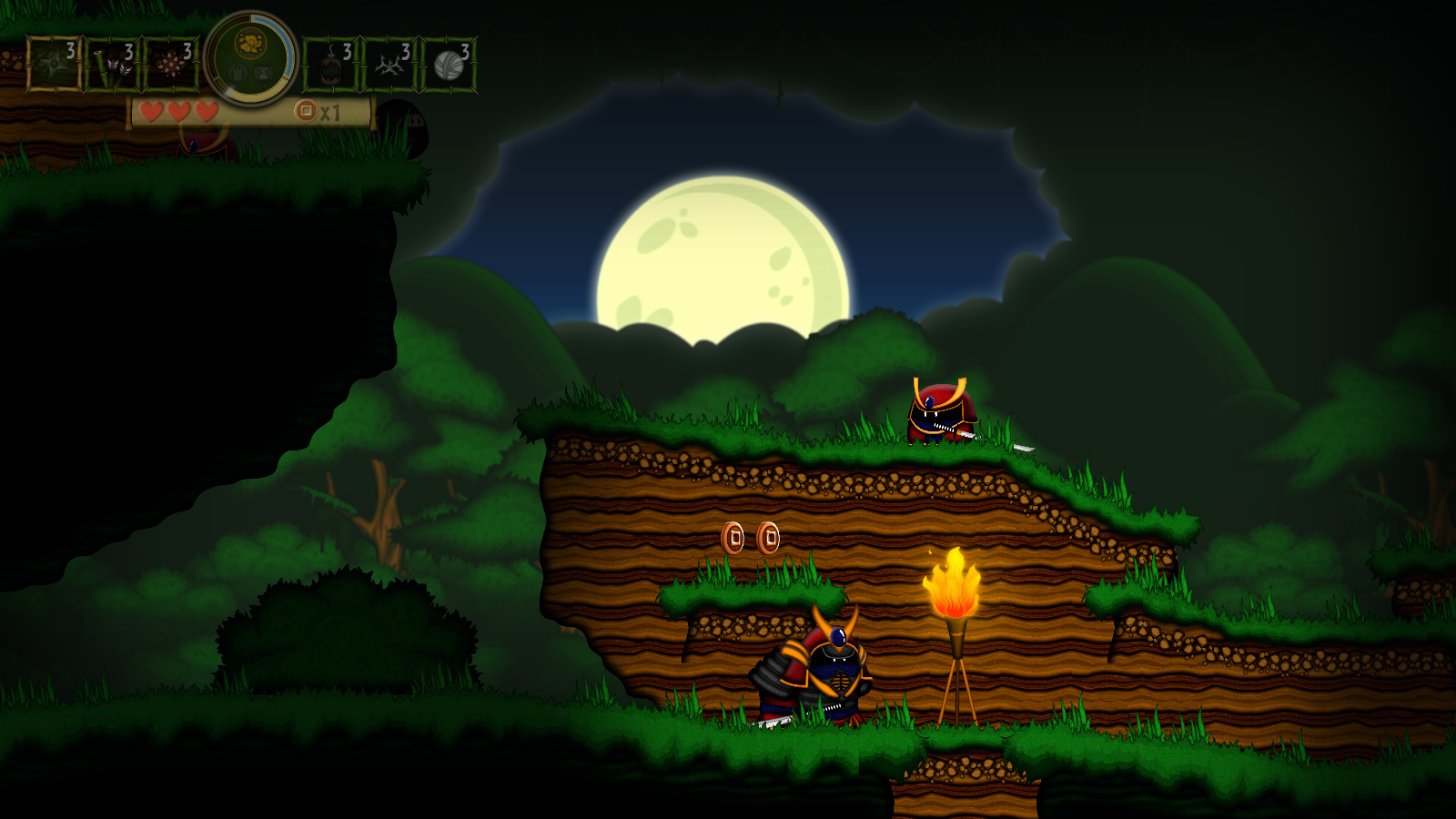 Sneaky Ninja has a few wrinkles to iron out, but this is a stealth game that I’m very eager to see more of. It’s that perfect brew of accessible and charming first impressions with a rich and layered design. Despite its all-ages presentation, this is a real stealth game, fully fleshed out with so many options and paths that even a single level can become multiple journeys. The bugs and AI definitely need to be fixed upon the game’s release, but Sneaky Ninja is a promising stealth title that has the potential to appeal to everyone, even those unfamiliar with the genre.