The future is both fascinating and horrifying.

Although I was captivated by Harmonix’s Music VR, an interactive visualizer that is said to work with pretty much every virtual reality headset, I couldn’t help but be mildly terrified by its mass market potential. This isn’t to say that Music VR is a bad idea (it’s actually a superb concept the more you think about it); however, this is such a captivating concept that I foresee a future in which droves of commuters have headsets strapped to their faces. Imagine a train full of husbands, wives, sons, daughters, friends and enemies all staring blankly into electronic rectangles. It’s impossible to go anywhere without seeing someone rocking a pair of headphones or earbuds; what if listening to music while using a VR headset becomes the next big thing?

My experience with Music VR took me to a serene beach scene that was instantly made cooler by the presence of Weezer’s “Say it Ain’t So.” Each time I focused on a specific set piece, be it a flower, a lantern, a shell, or the sun itself, it would warp into some sort of insane iTunes Visualizer-like cacophony of colors. Every element of the beach environment seemed to react to the song I was listening to, and damn if the whole process wasn’t relaxing and incredibly immersive. The person next to me was flying through a Mayan ruin, watching colorful orbs explode on the screen based upon the song that he chose. This more passive experience was likened to a ride by Matty Studivan, the producer on the Music VR project; in a vacuum, who wouldn’t want to go on a ride throughout a trippy environment as opposed to a ride on a dirty bus? 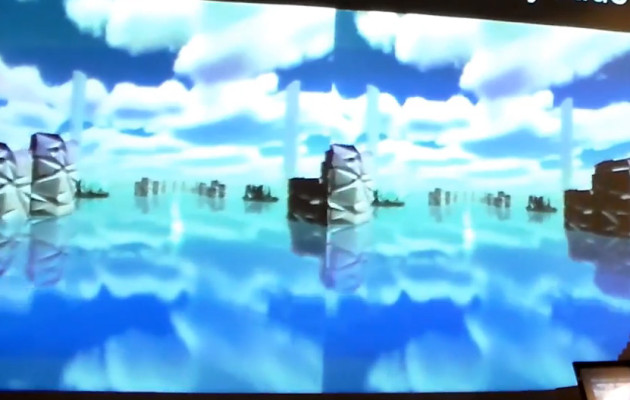 The question that was lurking in my mind, however, had nothing to do with whether or not Music VR was cool; that much was obvious from the moment I strapped on the Rift. Rather, I made it a point to find out whether or not Music VR was only available for a set list of songs chosen by Harmonix, or if this was a small slice of something that could work with any song someone owns.

It’s both gratifying and scary to report that Harmonix has developed an algorithm that is going to allow Music VR to function with any song a user might have in his or her library. Environments will change based on how soft or heavy a given song is, and the visual effects that players receive will react to every beat in an appropriate rhythm. This algorithm is the difference between Harmonix creating a neat little gimmick that a few people would try and technology that could change the way society looks at music. Because it also works with Samsung’s Gear headset, the world will eventually have access to a portable escape from reality set to every individual’s favorite jams. The fact that Music VR works with every song means that it’s going to be almost mandatory for anyone with access to a virtual reality headset to download the program, so if everything works out in Harmonix’s favor, we’re going to see a future in which VR interaction is a major part of the music experience.

I had already been sold on the VR experience by the unbelievable Superhot Oculus demo at PAX Prime 2014. Instead of basically wearing a right joystick on your face like one does in numerous virtual reality titles, the player finds that their head exists within positional space. Moving your head to the left will allow a bullet to fly past its previous position without affecting the in-game character, creating an almost Matrix-like sensation. I’m also one of the crazy people who thinks that virtual reality would benefit the education industry in numerous ways, namely virtual field-trips, and could potentially change how we look at the workplace. The idea of creating a virtual office populated with individuals around the world is far more interesting than being able to play a shooter with a headset on. Even though I had already bought into the potential of virtual reality, Music VR convinced me that a VR headset could be an entertainment device outside of the gaming space. 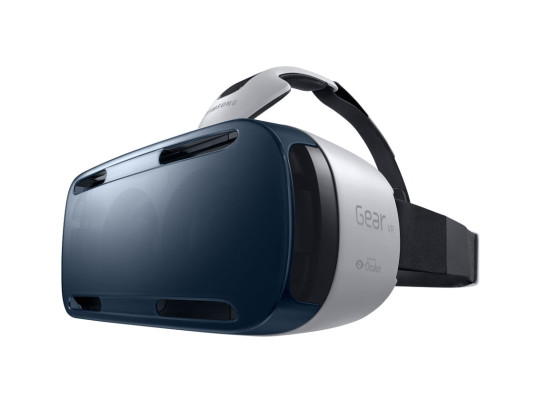 Here’s the thing though: that’s where the apocalyptic terror party of rectangle faces comes in. If the population is drawn to VR for experiences that don’t directly involve gaming (Music VR, while definitely an interactive experience, doesn’t necessarily meet every “game” requirement), we could see these headsets move from niche to mainstream. Music VR, as I previously stated, feels like something that every single headset owner should own. Not every virtual reality application has to be the next Crysis, and in the case of Music VR, not being a traditional game actually works in its favor. Who’s to say that someone couldn’t try out Harmonix’s first forray into virtual reality, be compelled to purchase a headset, and transition to other virtual reality compatible software. In fact, Music VR‘s high level of accessibility is what makes the prospect of people everywhere wearing headsets less far fetched.

Those against the virtual reality movement often argue that by journeying into an alternate reality, people might become compelled to exit their actual realm altogether. I was never really convinced of the negative side of this argument; after all, if someone wanted to be a dragon, as opposed to being a regular person, why should the rest of us care? However, Music VR gave me my first glimpse into the potentially horrifying world where everyone is disconnected from each other. What would things be like if everyone on the subway was wearing a headset? Would we be putting ourselves in more danger by ignoring reality in favor of a peaceful beach scene that reacts to Kanye’s newest song? Don’t get me wrong, I think Music VR is one of the coolest experiences that I’ve had in quite some time, but it also made me realize what the future could look like if all goes horribly wrong. 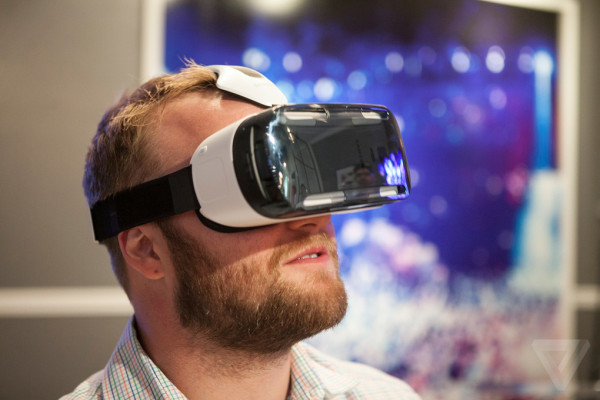 Because virtual reality headsets are not currently available on the market, we won’t know the impact of software like Music VR for quite some time. The hope, and most likely situation, is that this will be an incredible way to interact with our favorite songs, giving us a higher level of aural immersion than ever before. Of course, there’s always that danger that virtual reality could lead to our downfall (yes, super dramatic, but this is my opinion piece, okay?!), with droves of human zombies just hanging around with boxes strapped to their heads. Harmonix is clearly a fascinating studio, as the Rock Band developer may have just given society the best reason to buy a virtual reality headset yet.