I’ve always been somewhat averse to games that place a heavy focus on local multiplayer games. Perhaps this is because I’m somewhat of a hermit; I spend most of my time on my own. Essentially every aspect of my life takes place with a few square miles. When I hang out with friends, it’s generally at their places, as my room is essentially my sanctuary. Judge me if you will, but this is how I choose to live my life and I couldn’t be happier about it.

Because of this, when I hear that a given title has the opportunity for eight-plus players to play on a single television, the first thought that goes through my mind is, “that’s super neat, but I’ll never ever do that because, you know, logistics.” So when I got the chance to play Runbow, 13AM Games’ nine-player adversarial multiplayer title, some strange thoughts were going through my mind. Let’s get the lasting impression out of the way now: Runbow is a damn blast in the right situation, but it’s unclear if that situation is possible for a great deal of people. If you’re have frequent parties, office gatherings, or a giant family, then this is going to be right up your alley. If not, you’ll probably find yourself either running far away or feeling rather lonely during a given playthrough. 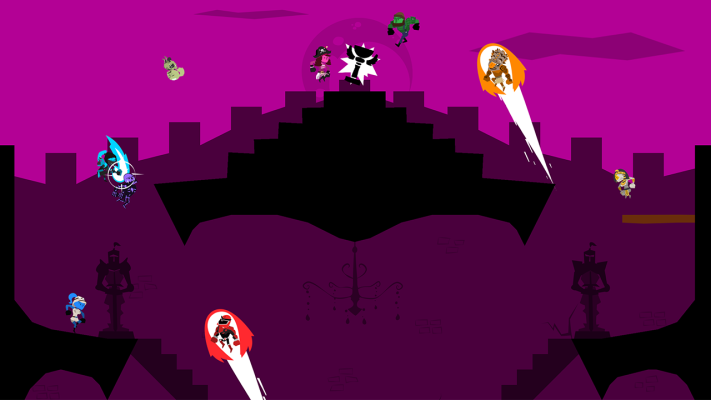 That’s the rub when it comes to large-scale local cooperative gaming though: there are high peaks that naturally make the valleys lower. Being able to experience Runbow at its best at PAX gave me a good idea of how fun it has the potential to be, but knowing that I likely will never experience that at home is somewhat depressing. Even if I were able to gather eight other friends to play, I’d also need seven more control devices (though, to be fair, one person can use a nunchuk exclusively) ready to go. This isn’t to say that less than nine people can’t enjoy themselves during a Runbow session, but its chaotic nature lends itself to the idea that more people equates to a better time. In fact, 13AM is developing Runbow to include a single-player component (which I can’t comment on since I played nine and three player matches), but there’s no way on this green Earth that eight AI characters are more entertaining than eight half-drunk friends.

So what makes Runbow so exciting, so fresh, and so clean? Well now that you have Outkast stuck in your head (ha, you gullible fool), I’ll enlighten you: it’s a chaotic race through a consistently changing environment. Let’s stick to the basics, as this is a truly bizarre concept. In the standard racing mode, players run and jump onto a series of colored platforms while the background color changes every few seconds. When the background shifts in tone, it takes platforms of the same color and completely eliminates them. For instance, a blue background gets rid of blue platforms, orange eliminates orange, and so on and so forth. Of course, there are black platforms that stay on the screen regardless of the background, essentially providing players with safe zones during these short, frantic races. There’s a dramatic unpredictability to every moment, and when you consider that eight other people are attempting to bash you over the head, knock you off of the level completely, and obtain power-ups that make everything go haywire. 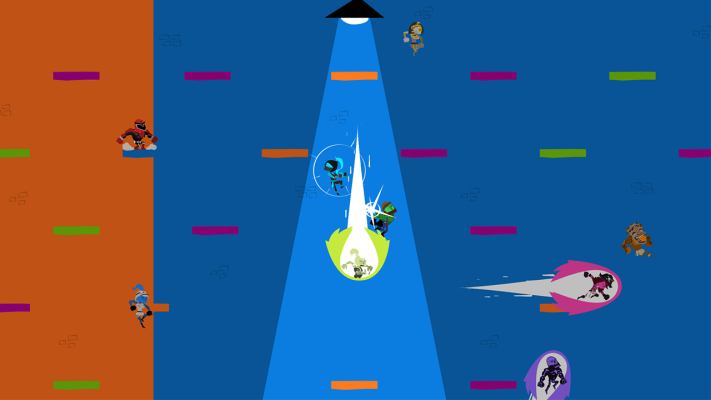 When I played with three people, as opposed to nine, I definitely had to opportunity to flex my strategic muscles and figure out the mechanics, but I found myself longing for the chaos that comes with the player maximum. Yes, there were ridiculous moments in which I found myself laughing out loud, but the heart-pumping, pants-wetting insanity that nine-players brought forth wasn’t ever recreated (Author’s Note: I didn’t wet my pants during the demonstration, I promise). Though I didn’t have the opportunity to play the King of the Hill (think Halo), Arena, or the GamePad-focused Color Master modes in a nine-player setting, I can only imagine the lunacy that would ensue in these more combative modes on that scale.

So therein lies the biggest issue with Runbow: it’s peak level of fun can only be had under a very specific set of circumstances. Not only do nine players and nine controllers need to be in the room, but everyone has to be fully committed to playing this bizarre game. We’ve all had gatherings where that one Negative Nancy, and I do apologize if that’s your name, decides he or she wants to be a contrarian and not join the group. If this happens, BAM, no optimal Runbow for you. It might seem strange to criticize a game based upon hypothetical situations in which it might be played, hell it’s definitely strange when you think about it, but these are things you should know before diving in headfirst. Super Smash Bros. can be an incredibly satisfying experience when you’re alone, but we all know that Nintendo’s brawler is better with a group of tipsy, loud friends. 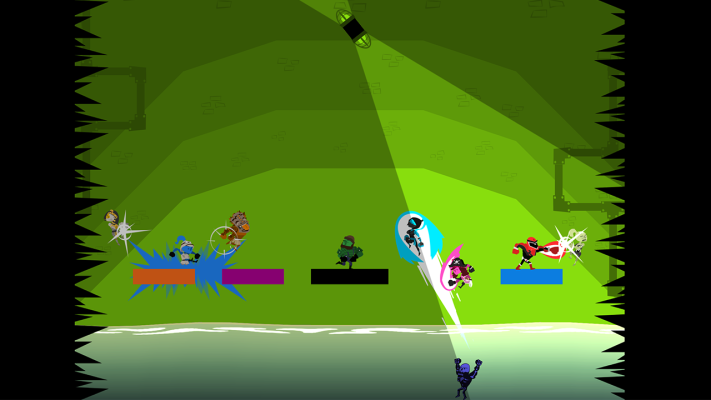 While I understand that this preview might come across as that of a bitter curmudgeon who hates any experiences that have to do with other people, I want to put it out there that I had a phenomenal time with Runbow and 13AM. It was one of the best multiplayer experiences I had at PAX East this year, and it has the potential to bring smiles to the faces of a number of people. The issue is what the exact size of that number is. Because this is currently set for a Wii U release and requires nine players for the best experience possible, it’s hard to say that a great deal of gamers will get to witness Runbow at its absolute peak. Here’s to hoping that I look like the biggest idiot in the world, as this is one local multiplayer game that deserves to succeed.