Rae is on an adventure. She’s left her house alone for the first time, searching for her missing cat Nani. Most 10 year old girls would have gone wandering in the area surrounding home long ago, but Rae lost her sight as a toddler and has since had a fear of loud noises and open space, so she’s stayed in the safe confines of her parents’ house and garden almost constantly ever since. Nani is gone, though, and Rae can either sit in her garden afraid of the world or get out there and find her cat, and she’s chose the latter. She may still be afraid and timid, but her determination will push her forward into an unfamiliar but beautiful world.

Initially Rae’s world is pure white other than the garden she’s so familiar with, with the rest of everything being a giant featureless expanse of nothing.  As she walks into the rural paths of her village, however, it springs to life with detail in a lovely watercolor style.  Rae has to make assumptions about what’s beyond her initial touch, though, and those may not end up being correct as you get closer.  Areas that seem like you’ll be able to walk through them fill up with tree branches when she’s withing touching distance, or a fountain of running water turns out to be a pump with a bucket underneath its spout.  Rae picks up on the clues of the world, its audio and smells, as best she can, but she doesn’t have any experience to work from so can’t get it right all the time. 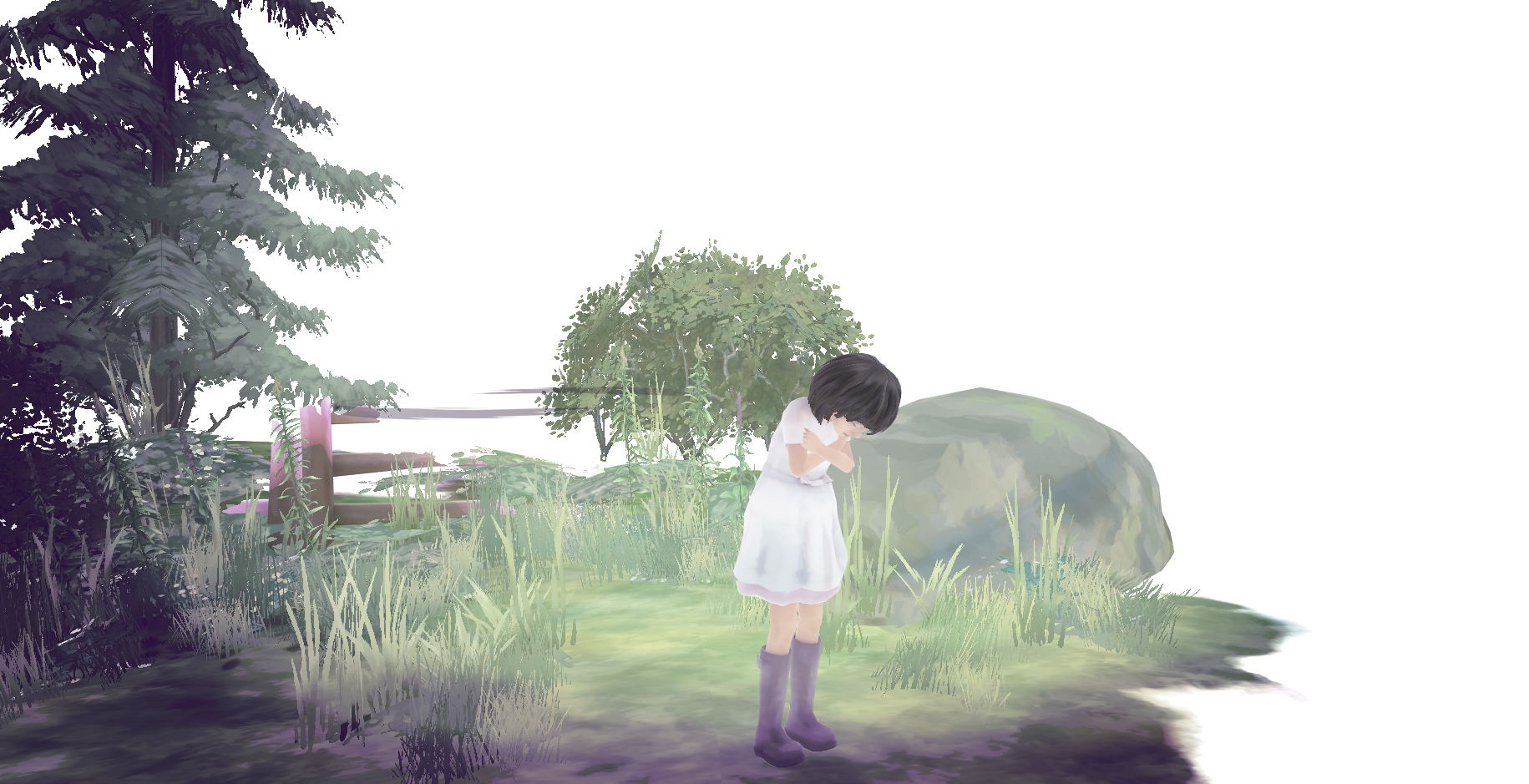 The Beyond Eyes demo at PAX East was sadly easy to access, with no line to wait for the single PC running it.  Some games display better than others, and Beyond Eyes doesn’t immediately give up why it’s special.  It’s the kind of low-key game you approach like a book, knowing that it will open up into something special once you’ve sunk a few pages into it, but that doesn’t lead to the kind of sit-down-and-start-playing effect that make flashier games like Thumper and Just Shapes & Beats such instant crowd-pleasers.

Fast-action arcade games are awesome, slower and more artistic experiences are wonderful, and there’s plenty of room not just in gaming but one’s personal taste for both to fit in.  Beyond Eyes is a lovely walk into the world of a vulnerable but brave young girl who won’t let herself be disabled by fear, and if it took a few extra minutes from a busy PAX East schedule to realign with its slower paced tempo then it was absolutely time well spent. 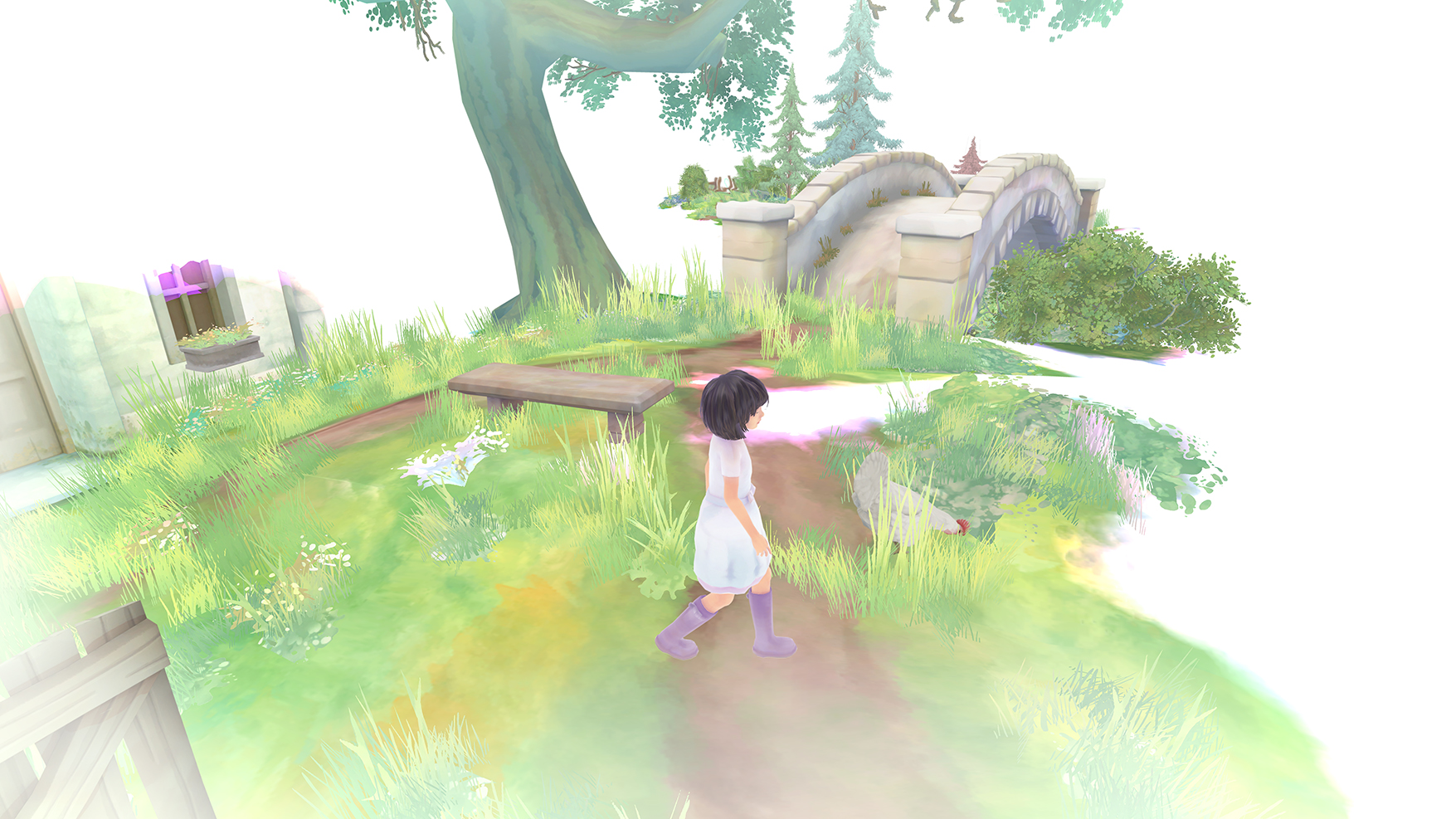 As she walks forward and the world fills itself in, Rae starts getting less timid, but not all of it feels safe to a girl who’s lived such a sheltered life.  The barking of a dog or other unfamiliar sounds instantly put Rae on the defensive, but her cat is out there somewhere, drawing her on with its meows, and fear is only an impediment if you give in to it.  Rae can be properly brave with the player’s help, pushing past her fears with your help.  A big part of the reason behind the third-person camera is to show Rae’s reactions to the things you have her do, making sure you realize that you and she are separate people and you’re helping her through the adventure.