Alan Wake was one of the most unappreciated major releases of last generation. The game evoked a suitably refreshing atmosphere and featured solid gameplay and storytelling. Unfortunately, the series has fizzled since then with only addition to the franchise being the very different Alan Wake’s American Nightmare. Now it looks like Microsoft is looking to revisit the world as they’ve sent out surveys that are testing the water of an HD remaster if not outright jumping in.

A standalone question is devoted to the series, asking if you “would recommend Alan wake to a friend or family member?”

While that alone is enough to signal Microsoft is interested in bringing back the series, they practically spill the beans in another question which overtly mentions “Alan Wake Xbox One Remastered Edition” as a potential pre-order bonus for Quantum Break: 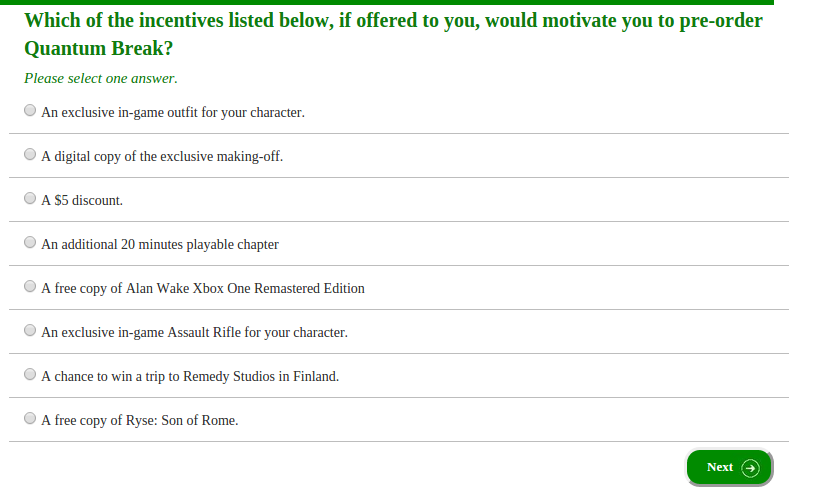 Given that Microsoft is considering giving it away as a pre-order bonus, however, would likely mean they aren’t planning a huge push for the game, but the Alan Wake franchise resurrecting is now a strong possibility.

Check out the survey description below: 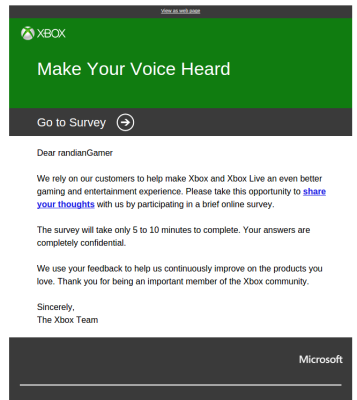