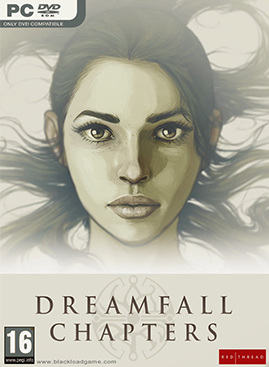 Book 1 of Dreamfall Chapters wasn’t exactly a thrill ride. The story of Zoe Castillo’s new life in Propast following her year-long coma featured sharp writing and confounding moral dilemmas, but it didn’t seem to be going anywhere in a hurry. Following an exciting magical prison break at the very start of the episode, Zoe spent most of the episode’s four hour play time bringing lunch to her boyfriend and doing weird fetch quests for work. The Longest Journey series has always been like this – front loaded with world and character building, with the actual plot only coming into play a few hours in – but in an episodic game such deliberate pacing leaves early episodes feeling a little content-light. Fortunately, book 2 strikes a better balance and feels like a more complete, self-contained story.

In this episode we finally get to spend some quality time with Kian Alvane, the game’s other hero. Having been rescued from his execution, the former Azadi apostle now runs errands for the magical resistance, trying to earn their trust and set right the wrongs he perpetuated as a servant of the empire. Most of his time is spent in the empire-occupied city of Marcuria, ferreting out traitors to the rebel cause and sabotaging enemy supplies. It’s immediately apparent why these segments were left to the second episode – Marcuria is as sprawling as Propast and a sight to behold, a jumble of medieval architecture with an impossibly high marble tower rising into the clouds above it.

That’s both great and a little frustrating. Dreamfall Chapters leaves Kian free to explore the entire city, which makes it seem a lot more tangible than the standard three or four screen cities you see in most adventure games. On the other hand, most adventure games restrict their play areas for a reason, and running back and forth across a quarter mile of urban sprawl gets tiring fast, no matter how fantastic it might look. This is also an issue for Zoe, but at least the multi-layered structure of Propast means that no location is more than a minute away. As the game’s world becomes bigger with each passing chapter, the lack of a fast travel option is an ever-increasing concern. 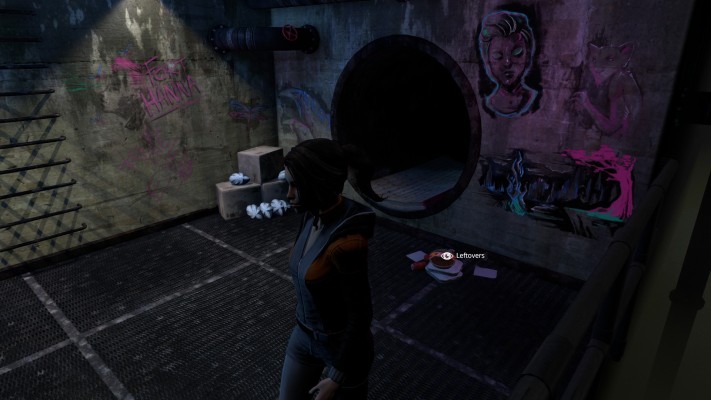 Fortunately, both Zoe and Kian at least get up to some interesting things while they’re lost in each respective metropolis. Zoe’s memories seem to be on the verge of returning, but she’s distracted from them by real world concerns like fixing her relationship with her boyfriend and uncovering an apparent conspiracy within her political party. We get to spend more time with the quirky cast introduced in Book 1, including the affable newsman Sully, the crazy street vendor Nela, and Queenie, the enigmatic leader of the bricks. The plot meanders a bit, especially during a certain needlessly convoluted puzzle involving vent covers, but by the end of the book all the pieces start falling into place, and by all indications we’re in for an explosive third episode.

Kian crosses paths with several colorful denizens of Marcuria, such as Ulvic, the surprisingly tender barkeep of the Rooster & Kitten, and The Mole, a wizened crime lord who’s a cross between Yoda and Vito Corleone. His allies in the resistance are Enu, a young Zhid woman with a tendency to run her mouth, and Likho, a stone-faced Dolmari warrior with a personal vendetta against the apostle. The trio have stellar chemistry with one another, and their banter helps to lighten the tone of what’s otherwise a very dark part of the story. As an agent of the rebellion Kian has to do some seriously unsavory things.

Of course, there are plenty of choices to make in both worlds, and all of them have far-reaching potential implications. Red Thread has already begun to explore the consequences of certain choices from the last episode, from what Zoe brought Reza for lunch to whether Kian chose to leave a fellow prisoner to die. What I really like is that some of these choices are proving to have clear right and wrong answers. Most games bend over backwards to avoid making value judgments about any given player choice, but here it’s entirely possible to make bad decisions and be forced to live with the consequences. I only hope that Red Thread Games will be able to carry this through to the game’s conclusion. 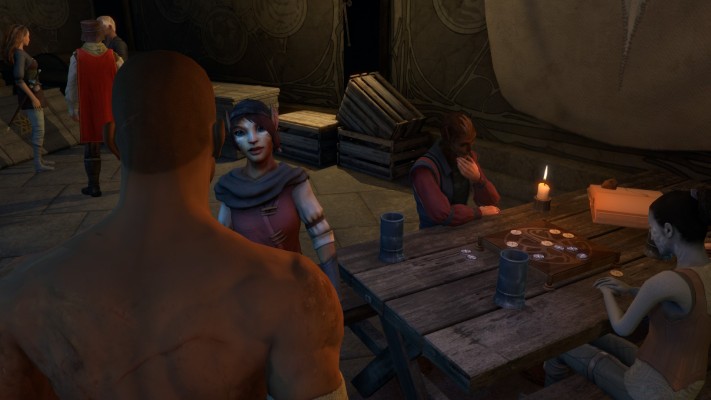 The main plot of Dreamfall Chapters has still yet to begin in earnest, but the character writing and world building are more than strong enough to carry us through to the next act. A lot does happen in this second episode — fates are changed, important decisions are made and the events to come are beginning to take shape. Red Thread Games has given us two spectacular worlds to explore, and while actually getting around those worlds can be a bit of a hassle, they’re still well worth visiting.