Not every game needs to be a massive burst of effort and adrenaline, or even brain-busting cleverness.  Punching, shooting, puzzle solving and building are nice but guiding an ever-growing flock of birds through the winds in the sky?  That’s wonderfully relaxing.  Gathering Sky is a top-down game where you start as a bird, find more birds, explore the sky to see if you’ve missed any birds and then do it all over again above a new landscape.  In the hectic insanity of the gaming world, it’s a much-needed moment of rest and peace, and very difficult to put down.

It’s hard to explain how Gathering Sky is so playable, if only because it’s so simple.  I played the iPad version and the single control was no more complicated than “bird flies towards your finger”.  Initially you’ve just got the one bird flying in a silent sky, but once you get a companion the music kicks in and sets the tone for gathering as large a flock as possible.  There’s no scoring involved, so you can either choose to ride the airways to the exit or explore every nook and cranny to find as many birds as possible, with the reward of a large flock being personal satisfaction rather than measured at level’s end.  The birds fly in a wonderful flocking motion, and dodge around obstacles and your finger in ways that look far more complicated than they probably are.  There’s a hypnotic flow to their movement that’s pure eye-candy. 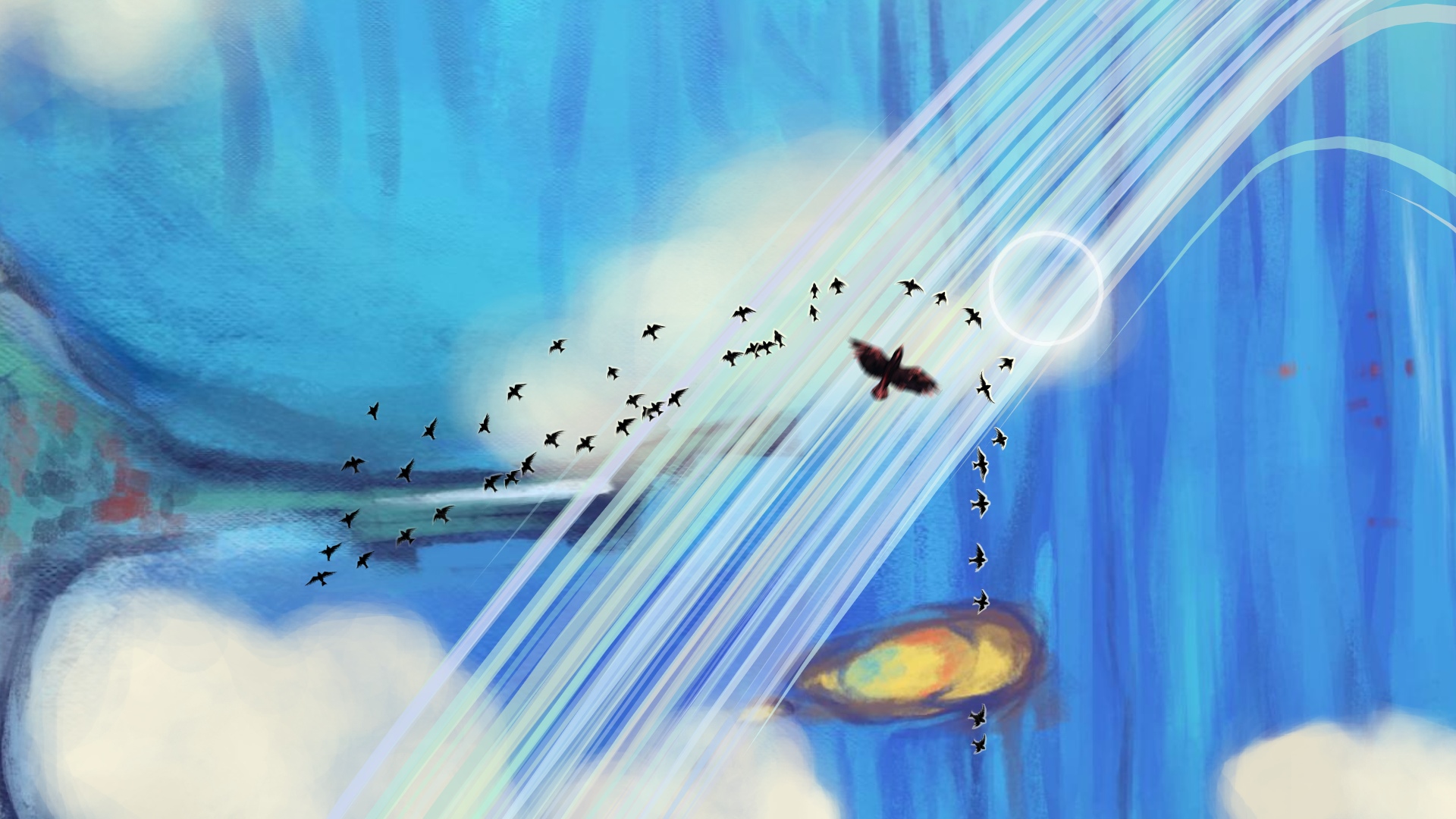 Aiding your journey are the winds in the sky, creating paths among the floating land masses.  There were also sprites to chase down every now and then, but if I got an explanation as to what they were I’m afraid it got lost as I guided my flock through its journey.  Exploring the huge levels and finding every bird was far more distracting than I’d have expected, and sinking into the music while riding the winds and keeping my group together quickly became more important than the noise and distractions outside the headphones.  It’s a lovely world in the sky, and while Gathering Sky may not overly complicated it is a wonderful toy to explore.