Total War Battles: Kingdoms genuinely frightens me. Total War games are already immense time-sinks, but at least they need powerful, dedicated hardware to really suck you in. When you pare their 4X and RTS formula down to the bare essentials and make it work cross-platform on tablets, phones, and PCs, the resulting game is addictive and difficult to escape. When you combine that with elements of social games and construction mechanics reminiscent of Minecraft, you end up with something downright dangerous. Throw in a leaderboard that turns the top player into the king of goddamn England and… help, someone, please. I can’t stop.

On a surface level, this is everything you’d expect of a Total War social game. As the ruler of a small territory in the heart of England, you’ll build up a village around your castle, get peasants to work your land, and wage war against other kingdoms in a bid to control the whole nation. You can spend your time making your kingdom as efficient and beautiful as possible, or you can funnel its resources into a war machine and lay waste to your enemies. In between these grand acts you’ll either do a lot of waiting or a lot of paying in order to strengthen your position and build up a better army – in this regard it features a fairly standard microtransaction model. 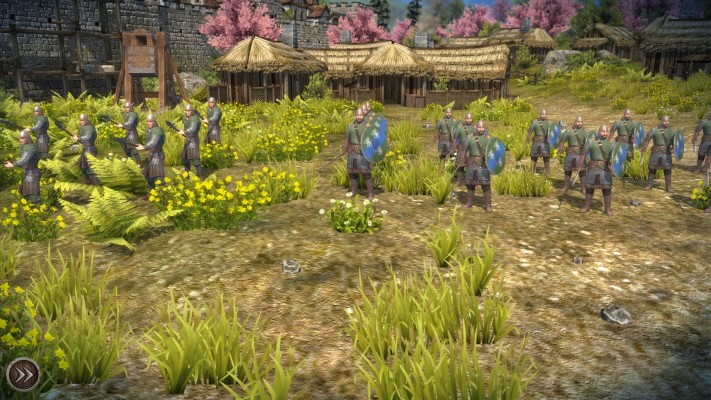 But when you look under the hood, there’s a really solid game inside the skinner box. Combat is simple and elegant: you and your opponent square off with armies of nine units apiece, all taken straight from your average Total War game. Your armies clash in real time, and it’s up to you to make sure that your units end up fighting against enemies they have an advantage over. Of course, your opponent is trying to do the same thing, so you have to outsmart them with your movements and unit placement. Just playing against the computer is a lot of fun, but when you play against human opponents there are some real mind games at work.

Off the battlefield, Kingdom management is a total blast. Your realm is divided up into a hex grid of tiles containing natural resources, and you can expand your settlement in basically any way you want. Not only can you place buildings and erect walls to defend them from attack, you can also reshape the very earth on which they sit. You can raise or lower any piece of terrain in your kingdom, which is important not just for defensive purposes, but water flow as well. 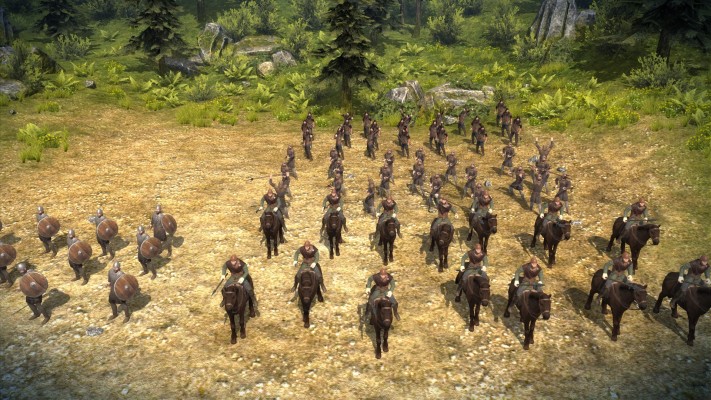 Lakes and rivers can be rerouted to create barriers around your land and feed your crops, though they can also destroy your hard work if you’re careless about clearing trees or landfills. They’re also subject to a real time seasonal system – waters rise in the summer, causing floods, and in the winter they freeze over, leaving you open to attack from bandits willing to cross the ice. If you’re smart you can even turn the water physics to your advantage, smashing dams to wash your foes away. As if that weren’t cool, enough, Creative Assembly is planning to introduce a campaign mode that will allow players to fight in each other’s territory, opening up all kinds of strategic possibilities.

Total War Battles: Kingdoms finally gets right something that the series has struggled with for ages – making it fun to rule your kingdom against or alongside friends. With a persistent campaign and a simple yet addictive combat system, I can see myself getting hooked on it for a very long time. It’s not quite the same game, but it feels very much like Total War, with all that entails.