I am perhaps the most cynical person when it comes to modern gaming, and in fact a lot of us retro gamers love to put on our rose-tinted glasses and ramble on about how great gaming was in our day. Gamers like us still have our old systems plugged into our CRTVs, and some of us even cry a little when we replay Grandia on the Saturn. The indie scene today has been hell bent on recapturing the magic of the past, even using old school visuals to recreate that authentic experience. More often than not, these games are pretenders and mere imitations of the timeless classics of yesteryear. Why would anyone want to play a new indie game that’s like Zelda when they could just play Zelda? But every once in a while some developers dare to achieve more, as they not only pay homage to an era gone by, but they also demonstrate the same imagination and creativity that seems to be lacking in overproduced video games today.

Last year’s games like Freedom Planet and The Waste Land rocked my world, not only paying homage to well established franchises, but also boldly and successfully trying some amazing things to create an unique and unforgettable experience. Now CrossCode, an upcoming RPG project by German based studio Radical Fish Games, is one of those once in a while indie endeavors that has all the makings of being something truly special. A free demo is available, and playing it will not only leave you salivating for more, but it will make even the most cynical retro gamer have faith in the indie scene. 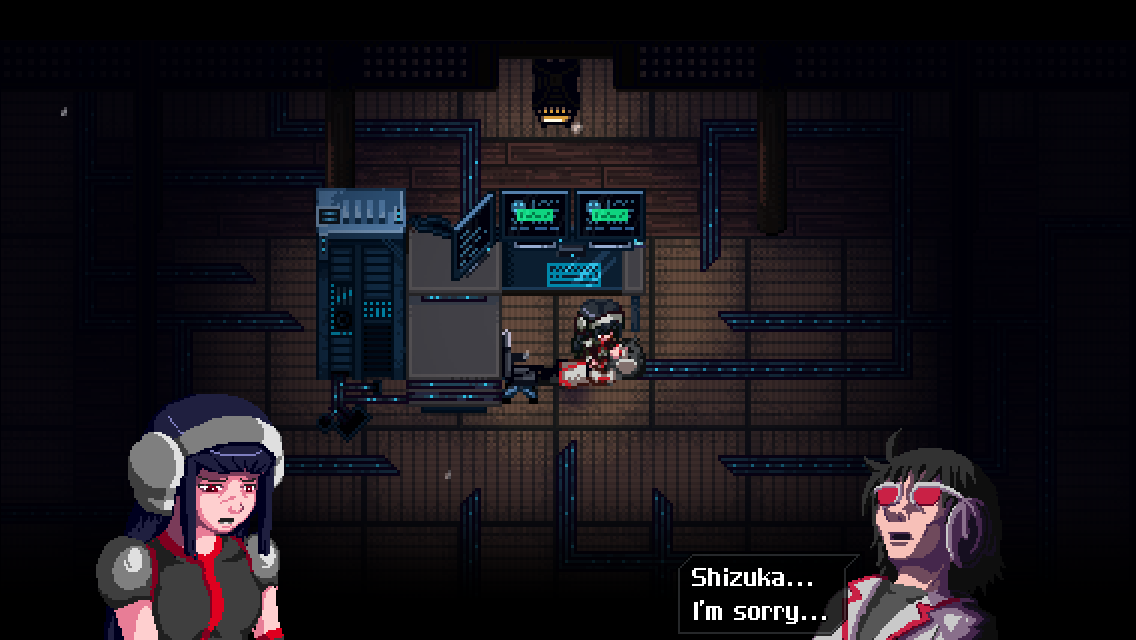 As unique as CrossCode is, it will remind you of a lot of great games, but only has subtle inspirations that only the most grizzled gamers will pick up on. Firstly this action RPG has a strong protagonist, someone who immediately captivates you. From the very moment you meet Lea you’re drawn to her character and story, and in fact she reminded me of Alis Landale, the legendary protagonist of the original Phantasy Star on the SEGA Master System. Speaking of which, CrossCode is like the Phantasy Star series in so many ways, from the premise to the overall ambiance, CrossCode has the same vibe as SEGA’s sci-fi RPG franchise. The cool thing about CrossCode is that it presents itself as pseudo MMO RPG, where it’s like an MMO inside a game without actually being one, and so it’s a bit like the .Hack series and Star Ocean 3: Till the End of Time.

Playing CrossCode is a joy, and your first moments playing the game will bring back memories of Secret of Mana on the SNES. It provides a similar top-down action RPG gameplay experience, where you can unleash some nifty close-quarters melee chain combos. The real gem in the combat system is the shooting mechanic, where it’s all about using your laser-like aim and bouncy projectiles to engage in some really versatile shooting. The shooting system plays a big part puzzle solving, and CrossCode presents some really well designed environmental puzzles. 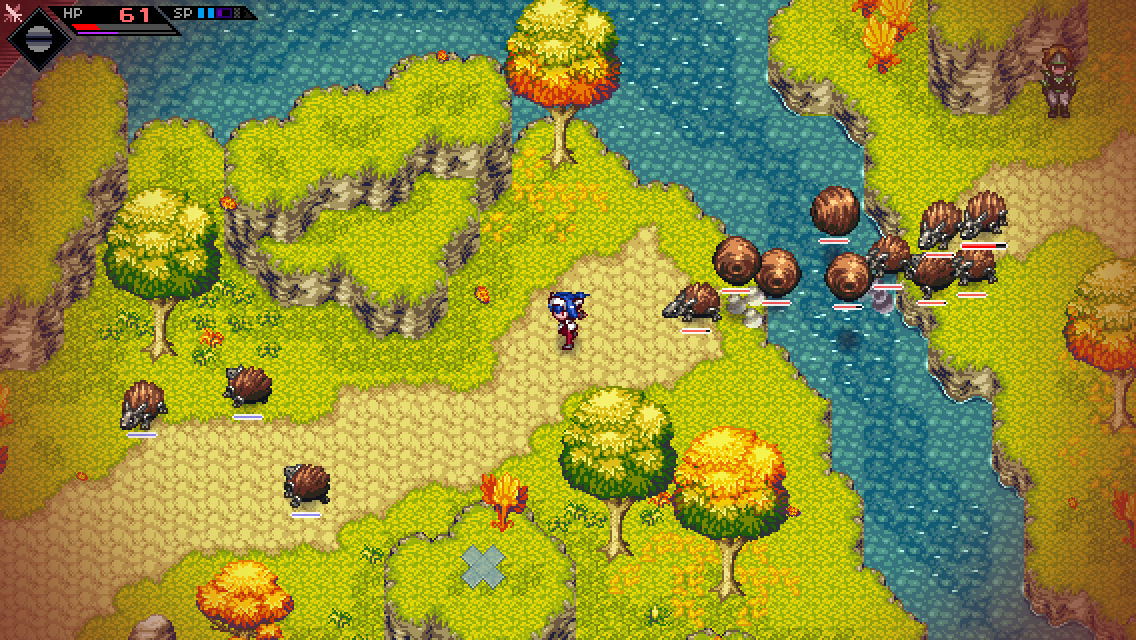 I can’t stress enough how beautifully CrossCode plays, with the fluid combat and shooting being almost dreamlike. The action is situated in a gorgeously crafted and immense world that showcases intricate attention to detail in its artistically charged sprite-based graphics, all backed by a realized and immersible setting that tells an intriguing story. CrossCode may be action and twitch heavy, but this is a seriously deep RPG with emphasis on loot, layered skill trees and deep customization options.

To put things into perspective, imagine yourself back in the Nineties, an era where Japanese gaming was at its prime and defining the industry. It was not uncommon for the likes of Chrono Trigger, Shining Force, Phantasy Star, and Secret of Mana to grace magazine covers and stir up some serious hype among the then niche and cult-like gaming populace. CrossCode is exactly like those ambitious,epic AAA releases from yesteryear, as it’s brimming with unending creativity and is daring in its scope and design. Above all, it exudes the kind of visual and artistic charm, and the kind of organic and absolutely intoxicating game design, that simply demands your undivided attention. 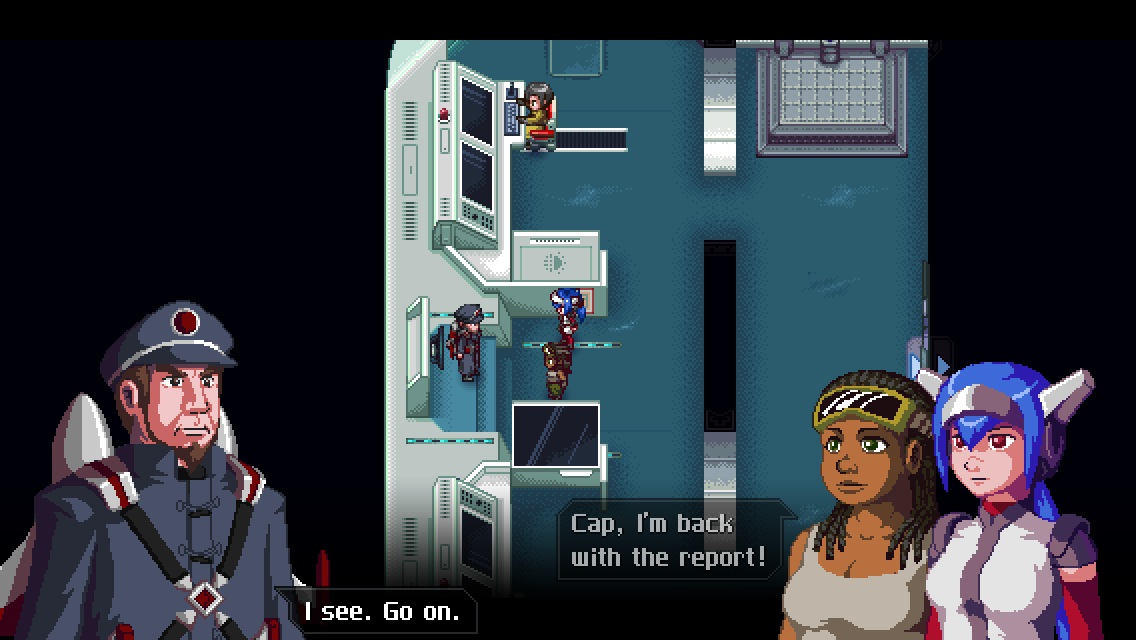 It’s unfortunate the CrossCode still has some ways to go in development because an indie developer can only do so much on a budget. CrossCode has been in development for nearly a decade and it’s currently looking to get some help via an IndieGoGo campaign. It has about a month to go, and it’s only raised about half its funding goal. One of the goals is even to bring CrossCode to the Wii U. CrossCode is something else; the trailer makes it look too good to be true, but playing the demo reveals that it really does play as good as it looks.. Head on over to the official website right now to try it.