If the 2015 Game Developers Conference was any indication, virtual reality (VR) will define the future of gaming in the coming years.

And, hell, it’s about time.

Like many though, I haven’t used a VR device in earnest since Nintendo’s dubious, mid-90s attempt with the Virtual Boy. Of course, as a kid, I was still blown away by any new advancement in technology, whether worthy of praise or not. Star Trek’s holodeck also solidified my love of science fiction and my hope that video games would one day assume a similarly radical form.

But then something happened: somewhere along the line the industry and its followers stopped dreaming – stopped innovating. Instead of taking chances and exploring new creative frontiers, we played it safe. It’s a trend that, to a certain extent, continues today in the name of good business. Aside from an apparent obsession with graphical enhancements, there’s been relatively little in the way of successfully innovative hardware to compliment new gameplay. Yes, we’ve seen touch displays and motion controls and a handful of decent games to go along with them, but they’ve all served to augment what’s already conceivable and readily available to us on standard displays. Gaming’s next great milestone has yet to be reached. 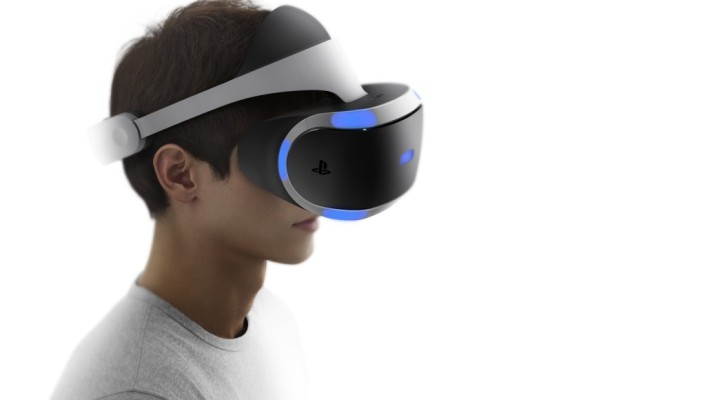 We now stand within reach of consumer-grade technology that could change the way we play video games and indeed experience the world around us. The Oculus Rift and its acquisition by Facebook was the first sign of things to come: VR has enormous potential beyond a niche market. Valve and manufacturing partner HTC certainly recognize this based on the recently announced Vive, due out this year. Sony is well on its way to deliver an affordable solution for PlayStation with Project Morpheus. More will soon follow.

“One day, we believe this kind of immersive, augmented reality will become a part of daily life for billions of people,” Mark Zuckerberg said after the Oculus acquisition.

I tend to agree.

Of course, what excites me most about the rise of VR is its link to games. As mentioned, I have no first-hand experience of contemporary hardware so my imagination could outreach the realm of possibility; however, I’ve seen plenty to warrant giddy anticipation.

And we’ve only scratched the surface.

Once these devices reach the mainstream market as major players like Sony release their proprietary hardware, the scene should explode. Video games will be developed specifically for virtual reality environments and talented modders will do what they do best. You think community-built mods are impressive now? Wait until you see vast new worlds come to life, populated by those who envisioned them.

It will extend beyond the games industry, too: virtual classrooms allowing teachers to guide students through hard-to-reach areas of the Earth and beyond. Film and television that make you feel as though you’re a part of the show. Scientific applications I’ve not the expertise to comment on. Sporting events, job training, adult entertainment, etc. Anything and everything will be brought to life.

I know what you might be thinking though: it’s a gimmick – a fad that will suffer a slow death alongside the Kinect and other niche peripherals. But I don’t see it that way, nor do many industry pundits. The next logical step for gaming is complete immersion and interactivity – ‘presence’ being the adopted marketing catchword. That can only be truly achieved in virtual reality.