Square-Enix, the primary publisher and developer behind major RPG and action-adventure franchises, made an announcement on Twitter today hyping up for Project CKP, an interactive showcase from one of their Western development teams.

The interactive project is set to premiere next week on Twitch, a juggernaut service notorious for allowing gamers to live stream their gameplay.  Today’s announcements also suggest that SE’s Western studios has a game in the works and are ready to showcase it to the world in the span of three days, giving fans a weekends worth of a cliffhanger. SE also tweeted this picture ad alongside the announcement. 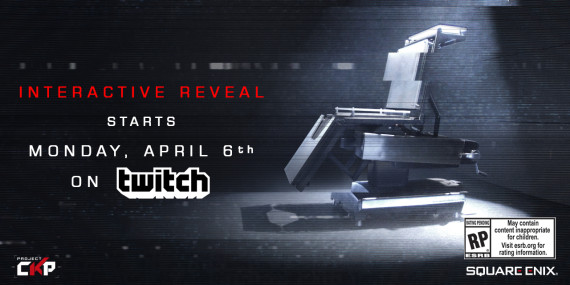 To be honest, I’m pulling for another Hitman or Sleeping Dogs title. The picture that was tweeted by SE depicts a chair or some sort of torture device that either titles can play off of. We’ll just have to wait and see what the company has up in store. We’ll be first to talk about the big reveal when the time arises.