Level-5’s Vision 2015 presentation today was full of exciting announcements, but perhaps the most significant of them all was the unveiling of The Snack World, the Japanese developer’s fourth cross-media franchise. Following Inazuma Eleven, Little Battlers eXperience, and the westward-bound Yo-Kai Watch, The Snack World franchise will encompass a 3DS/Android/iOS game, an animated TV show, a monthly manga series, a toy line from Takara Tomy, and a movie distributed by TOHO.

The series, which Level-5 described as “hyper casual fantasy”, follows young Chup and his friends as they adventure through the land, battling monsters using transforming keychains called Jara. These same keychains will be manufactured and sold in stores, and will interact with the game on both 3DS and mobile devices using NFC technology, not unlike Nintendo’s amiibo. Level-5 hopes to create a tangible relationship between the player and the game, and it sounds like an absolute masterstroke. 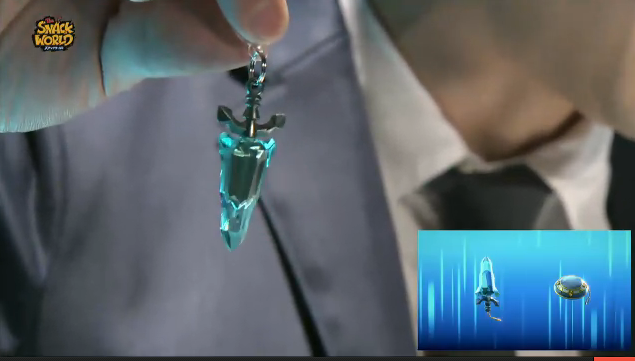 The Snack World is currently only slated for a Japanese release, but the game’s website very clearly reads “English Ver. Coming Soon”. For now, you’ll have to make due with the adorable and immensely promising video Level-5 debuted the franchise with today, introducing Chup and his pals as well as the aforementioned Jara. Check it out below: