Whoops.  Pride in one’s work is nice but being careful of stray logos is important too.  A caterer at a skateboarding event posted a picture of himeslf amidst a spread of tables laid out in a halfpipe, which normally would be a pretty cool little photo.  Unfortunately a logo for Tony Hawk inside a giant 5 was drifting across the screen in the background, only lightly obscured by a bit clipped off the right of the screen.  So that probably wasn’t the carefully-planned reveal Activision was intending.  On the plus side, it’s a pretty sweet dinner setup, and Chef Joe Youkhan has a pretty nice Yelp score so the food was probably tasty too. 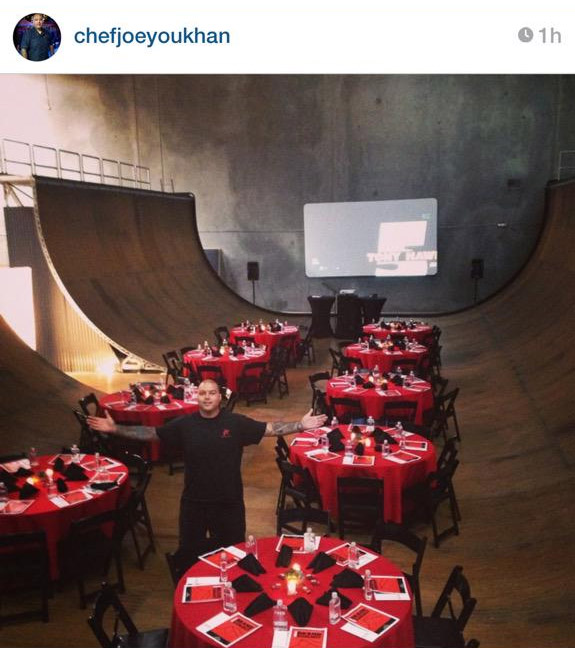