Slain! has continued to interest us at Hardcore Gamer. As a stylized throwback to platformers of the 16-bit era like Castlevania, the indie project from Wolfbrew Games has mesmerized with its fluid art design and rich attention to detail. With a growing fanbase, Wolfbrew took to Twitch to answer some questions about the upcoming action platformer, while showing some of the game in action. Wolfbrew’s Andrew Gilmour helmed the stream, with fellow developer Asa Dang running the moderation. 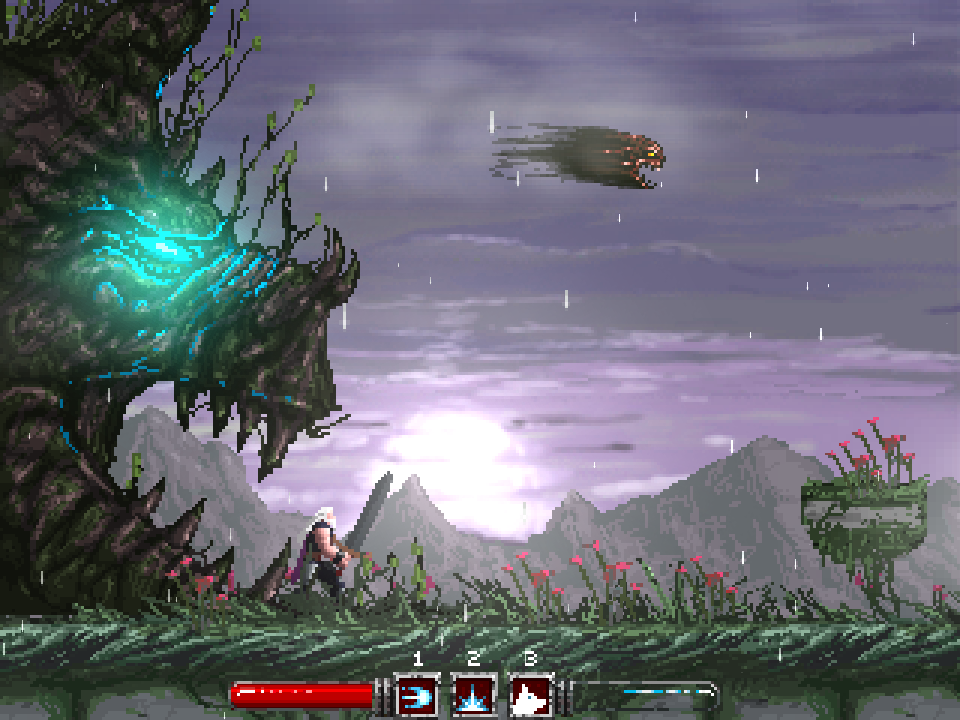 In the stream, Gilmour explained his influence as an artist and game developer. As a fan of metal music, Gilmour used his interest in metal album covers to create Slain!’s style. Gilmour also shared his interest in Conan movies, along with anime like Berserk and Fist of the North Star. A fan of gothic style as well, Gilmour’s work is enticing with beautifully grim atmosphere, which has permeated Slain!’s art design since the get-go.

“Just because it’s gothic doesn’t mean it should be devoid of color,” Gilmour said on stream, “You want to make [the colors] do your bidding.”

A later dungeon level uses almost pastel colors of pink and orange, which Gilmour jokingly called “My Little Pony colors,” but he explained how in the right context, these colors can signify danger and look saturated, an interesting twist on otherwise happy-go-lucky colors. The pixel art design of Slain! continues to fascinate, especially considering it’s designed in the Unity engine. Wolfbrew  have clearly taken a unique approach to the engine with the stylized and fluid pixel art design. 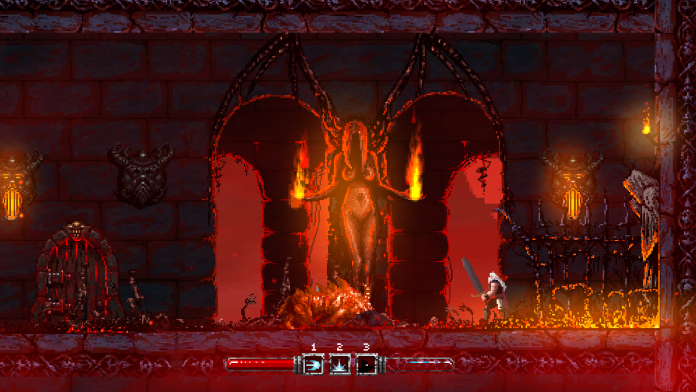 As a developer, Gilmour talked of his love of classic games like Jet Set Willy and Manic Miner on ZX Spectrum. Levels in Slain! are inspired by straight-ahead platformers like Ghosts and Goblins, but Gilmour mentioned the subtle tactics of the combat, even mentioning Street Fighter and Streets of Rage. Wolfbrew are still refining their combat for Slain!, and are experimenting with moves like throws, blocks, dodges, and dashes.

Slain! will have two distinctive level types: linear side-scrollers like the Bloodgrounds and more complex tower stages, which will have small puzzle elements like hitting platform switches in the right order, which was seen in the Kickstarter alpha demo. Gilmour also mentioned loot, which can reward players with special items early on, should they find their hidden locations. Weapon progression, on the other hand, won’t operate in an “RPG style.” Gilmour cited Quake and Doom as influences for the weapons, where you gradually get a larger arsenal and can switch moves on the fly. 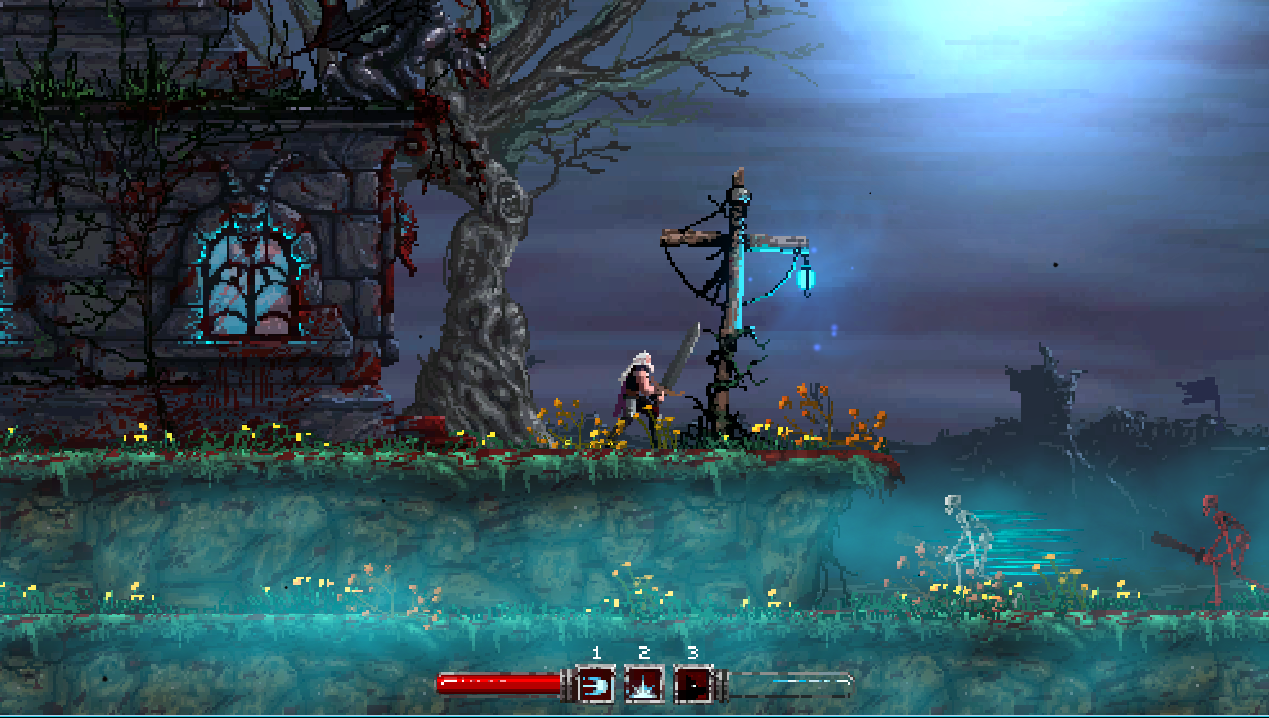 With the game’s influences being tough platformers like Ghosts and Goblins, Gilmour answered some questions about the game’s difficulty, including the potential inclusion of “easy mode.” Balancing difficulty between fair and exciting proved to be a challenge for the team.

“Designing the game is like being a DM [dungeon master] in Dungeons and Dragons,” Gilmour said, “Being a good DM is tough. You want to everybody to enjoy playing the game, but give them a reason to keep playing it.”

As for the “easy mode”, Wolfbrew plan to have it unlock after you beat the game, rewarding you with a more satisfying and empowering difficulty. As moderator, Dang mentioned the challenge of the blocking mechanic, and that the team is still deciding on how to implement it into combat. 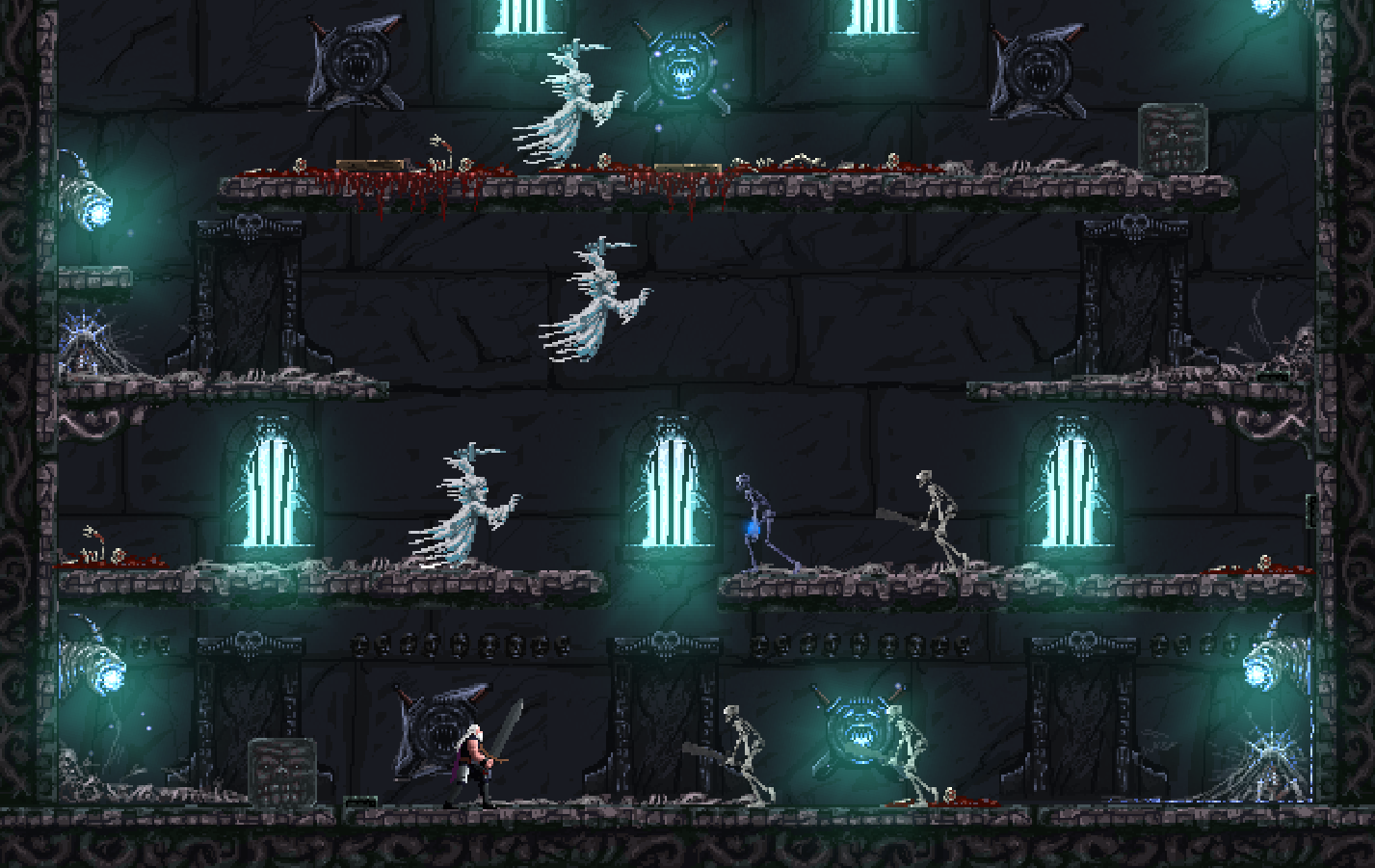 As for the future of Slain!, Wolfbrew mentioned their desire to continue the game in some way, though they didn’t confirm any sequel or full-on franchise expansion. Slain!’s initial release is currently the focus, but Gilmour mentioned that there are a lot of games they loved when they were young and the team would like to pay homage to them down the line. The story of Slain! is bigger than many might think and Wolfbrew stated their desire to flesh out the game’s world in the future.

“[Slain!] is a simple, honest game.” Gilmour said. “Just learn how to play it better and get further.”

Wolfbrew aim to have Slain! release on PC in June and on consoles later in 2015, but be sure to check out our early previews of the game before its launch.