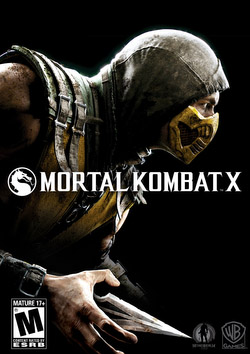 On the surface, Mortal Kombat X may appear like a downgrade from 2011’s Mortal Kombat. There are only 24 stock fighters (Goro is available via pre-order or purchase), down from 28 (27 on the Xbox 360 and PC versions) in the last installment. Story mode is only 12 chapters and can be beaten in under five hours, down from 2011s 17 chapters. A simple comparison does Mortal Kombat X little justice, however, as everything in X is better than 2011.

Mortal Kombat X takes place directly after the events of Mortal Kombat 2011. With Outworld leaderless and EarthRealm severely weakened, Shinnok launches an assault on Raiden and his remaining forces. Shinnok seeks revenge against the thunder god and the Elder Gods who banished him to the NetherRealm millennia ago. His plans go awry thanks to Johnny Cage and Raiden is able to imprison Shinnok inside his own amulet. The majority of the story takes place 25 years in the future, though the story isn’t afraid to use flashbacks to fill in gaps. Though not necessary to enjoy the story, a read-through of the prequel comic will further flesh out character backstories and relationships.

Mortal Kombat X continues the same formula seen in the last release, as well as Injustice. Each chapter consists of four fights before moving on, but the major difference is that Mortal Kombat X handles cutscenes with more finesse, no longer restricted to the game’s arenas. Indeed, Mortal Kombat X’s scenes take place in helicopters, tents and hallways not connected to the fighting arenas. This little addition makes all the difference by improving the pacing and allowing for more logical transitions between scenes. 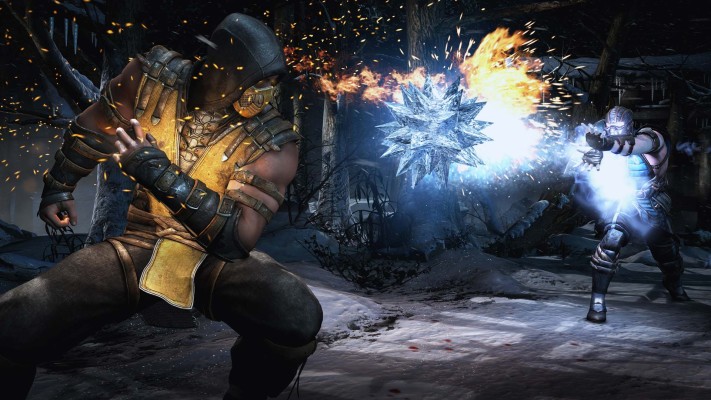 The only hiccup in Mortal Kombat X’s story is the abrupt ending which leaves a few character plotlines open. There is a mid-credits scene that sets up the next game, though, so don’t skip the credits. As interesting as that scene is, and the potential it holds for Mortal Kombat XI, it would have been nice for a better wrap-up. Though the story may be short and have an abrupt ending, the quality is high. With solid writing, a great cast of voice actors and improved staging, this is the best campaign NetherRealm has ever constructed.

Mortal Kombat X was named ‘X’ for different reasons. First, this is the tenth main-entry in the franchise. Secondly, this is the first Mortal Kombat game for the next-generation platforms (PS4 and Xbox One). Finally, and most importantly, this is the introduction of the next-generation of fighters. There are a total of seven new fighter: Cassie Cage (daughter of Johnny Cage and Sonya Blade), Jacqueline Briggs (daughter of Jax), Takeda (son of Kenshi), Kung Jin (cousin of Kung Lao), Kotal Kahn (the new emperor of Outworld), D’vorah (Kotal Kahn’s insectoid servant), Ferra/Torr (a brute in Kotal Kahn’s service) and Erron Black, a mercenary gunslinger – and they’re all awesome. What makes Mortal Kombat X’s roster the best it’s been in years is that the character’s feel unique, and have strong personalities. In Mortal Kombat 2011, characters like Sheeva and Baraka had little screentime and lacked personalities. The slightly smaller roster and better writing give each character in Mortal Kombat X more time to shine. 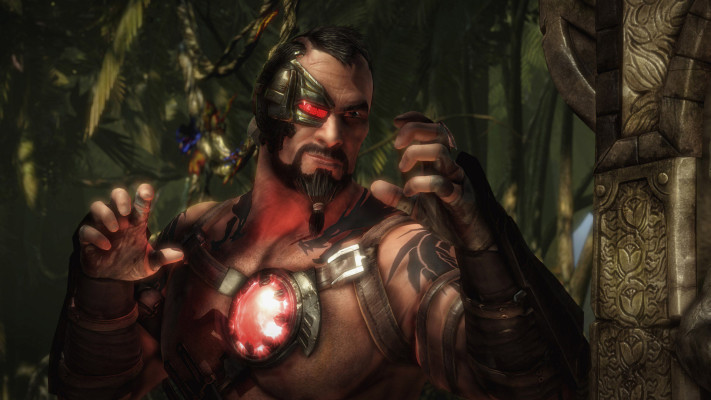 The core mechanics of Mortal Kombat X remain unchanged from 2011’s Mortal Kombat. There are still two punch buttons, two kick buttons, blocking and throwing. The Energy meter lies at the bottom-left of the screen and fills up when inflicting or taking damage. That built up energy can then be used to enhance attacks, escape kombos with Breakers or unleash a powerful X-Ray move. Stage interactions, first introduced in Injustice: Gods Among Us, make a neutered return. Interactions in Mortal Kombat X are focused on quickly moving about the stage and getting out of tight spots. There are a few objects littered throughout the arenas that will cause damage, but it’s never as much as caused by objects in Injustice.

Fatalities make their bloody return and look as awesome as they are disturbing. NetherRealm has always been creative when it comes to ending a character’s life and Mortal Kombat X provides some of the most creative ways yet. Like in the last outing, the button input for fatalities are relatively easy to execute allowing players of all skill levels to perform the bloody finishers. Brutalities, which have not been included in a Mortal Kombat game since Mortal Kombat Trilogy, make a comeback, but require very specific input to execute. One might require a match to end with a throw, while another might require a certain move to be used sometime during a match. Brutalities are harder to pull off, but managing to execute one is extremely satisfying.

Mortal Kombat X’s big gameplay innovation is Character Variations. Every character has three different variants that switch up the different specials available to them and makes slight modifications to costumes. For example, Kenshi’s Balanced variation paints his moves in a blue aura, allowing him to unleash telekinetic attacks. His Possessed variation paints red stripes across his sword however, and replaces telekinetic attacks with a demon. Variations are a cool concept, but fail to change the core gameplay in meaningful ways. All that changes between Variations are a few specials. How a character plays remains exactly the same. 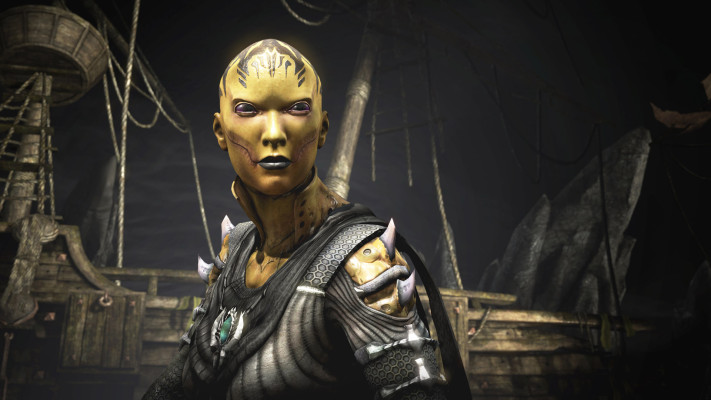 Kontent is king and Mortal Kombat X has a lot of it. NetherRealm has packed the game with numerous challenge towers that can be tackled before or after playing the campaign. There are the traditional towers, which include the classic ladder (fight ten opponents), Test Your Luck (randomized modifiers in seven rounds), Test Your Might (break ten different objects) and Survivor (unlimited rounds). Each holds its own challenge and offers plenty of rewards. The classic ladder, however, by far offers the most thanks to character endings and alternate costumes unlocking after beating the final boss.

Then there are the Living Towers, which divide into the Quick, Daily and Premier Towers. The Quick Tower is a few matches with various challenges and modifiers to overcome and is updated every few hours. Daily Tower updates every 24 hours, offering eight different challenges to complete. Finally, the Premier tower updates weekly and comes packed with 15 challenges and special events with special bonuses. Modifiers can range from slowing down one or both characters, power or de-powering a character, to fireballs raining down from the heavens. The amount of content here is huge and the modifiers ensure that no two matches are ever the same. 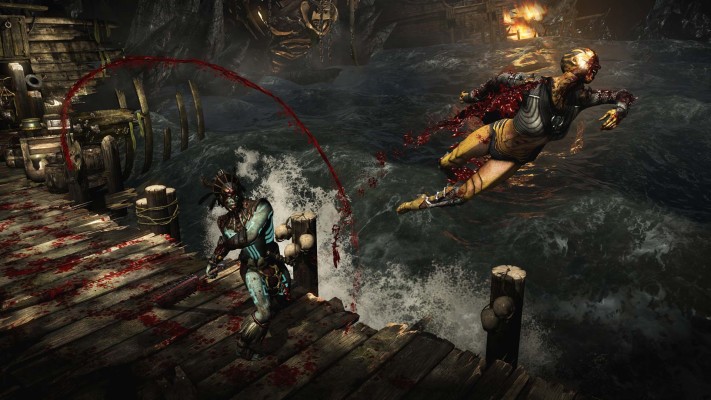 Mortal Kombat X’s online component is, more or less, the same as the previous Mortal Kombat. It’s easy to jump into random 1v1 matches, hook up with friends in lobbies, run through a customized Challenge Tower or participate in King of the Hill lobbies. Obviously the most important thing with an online fighter is the netcode, which has the potential to turn a great game sour. Thankfully, the netcode appears fine. Every now and again there will be matches that lag, and matches where there’s significant input delay. During our testing, however, we only ran into this situation a few times. The majority of our time playing online was relatively smooth. Mortal Kombat X provides a solid, fun experience online that is sure to keep players hooked.

Underneath all the gamepay and kontent are a few metagames players can participate in. First is the Krypt, traditionally a marketplace to purchase extras with koins. In Mortal Kombat X, however, the Krypt is its own mini-adventure game. The goal is to run around the Krypt and unlock everything. Wolves, spiders and other environmental dangers will attempt to impede your progress. Thankfully, defeating them is as easy as tapping a button. 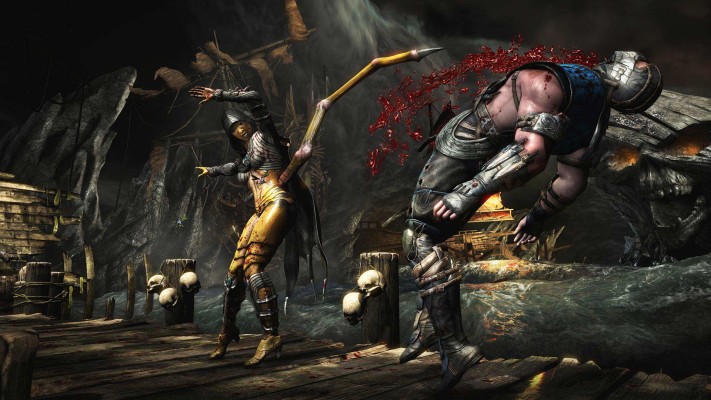 Second is Faction Wars, a new meta-game featuring five different factions – White Lotus, Lin Kuei, Brotherhood of Shadow, Special Forces, and Black Dragon – that vie for supremacy week after week. Everything feeds into the Faction’s Score. Won a match? Get some Faction Points. Double flawless victory? Get some Faction Points. At the end of the week a faction is named champion and all members are treated to in-game bonuses such as finishing moves. It’s a neat little platform-agnostic meta-game. PlayStation, Xbox and PC players are all pouring Faction Points into one pool.

Mortal Kombat X is the first Mortal Kombat game on the new consoles, and it shows. Mortal Kombat X is a stunning game. The models and textures of each of the 24 playable characters are astounding and NetherRealm knows this. Included is a character viewer that allows for up close and personal viewing of all the characters and their many different costumes. There’s so much detail that you can see individual droplets of sweat on the characters. The same attention to detail is also present in the thirteen stages. They’re all beautiful with something going on in the background at all times. Mortal Kombat X uses the power of these new consoles well and delivers the best-looking fighting game yet. 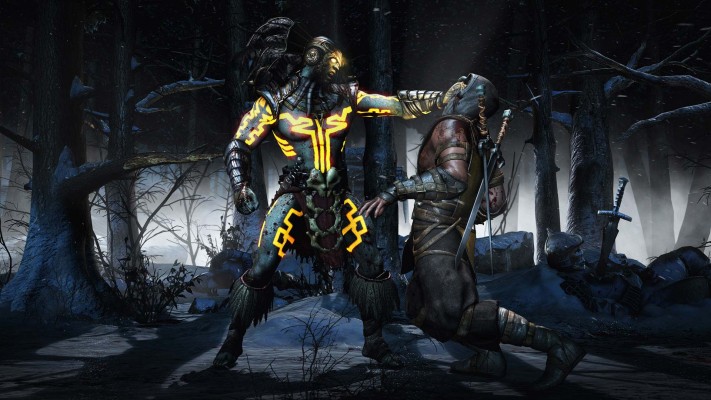 2011’s Mortal Kombat reinvigorated the franchise by taking it back to its roots, retelling the story with a slight variation. Mortal Kombat X goes a step further and wades into uncharted territory with great results. Not only is this the highest quality story NetherRealm has ever put together, it’s perhaps the best fighting game story ever. Character Variations aren’t the game-changer NetherRealm was hoping for, but do little to detract from how good the core gameplay mechanics already are. Deep enough to attract competitive players, yet simple enough for newcomers to pick up and play, there’s no denying that Mortal Kombat X has a lot of meaningful kontent. Mortal Kombat X is not only a great Mortal Kombat game, it’s simply a great game.