The launch of the Apple watch is nearly upon us, but what good is a watch without something to play on it? WayForward has just revealed Watch Quest — the first adventure game made exclusively for Apple Watch — to fill that gap. Watch Quest! is a new kind of game experience that spans two devices.  The iPhone serves as the player’s kingdom, while the Apple Watch represents a journey that spans several hours.

Gameplay revolves around choosing a hero and equipping them on the iPhone, and then guiding the Hero via the Apple Watch as he or she travels lands, battles monsters, solves puzzles and searches for treasures.  Players are invited to play passively by selecting longer, easier quests and outfitting the hero up front – or by taking on more difficult quests which require foraging for items as you go.

The game comes free with one training quest, and follows a DLC model with additional characters and campaigns purchasable from within the iPhone app as Quest Packs.

Watch Quest! will share a launch date of 4-24-15 along with the Apple Watch. 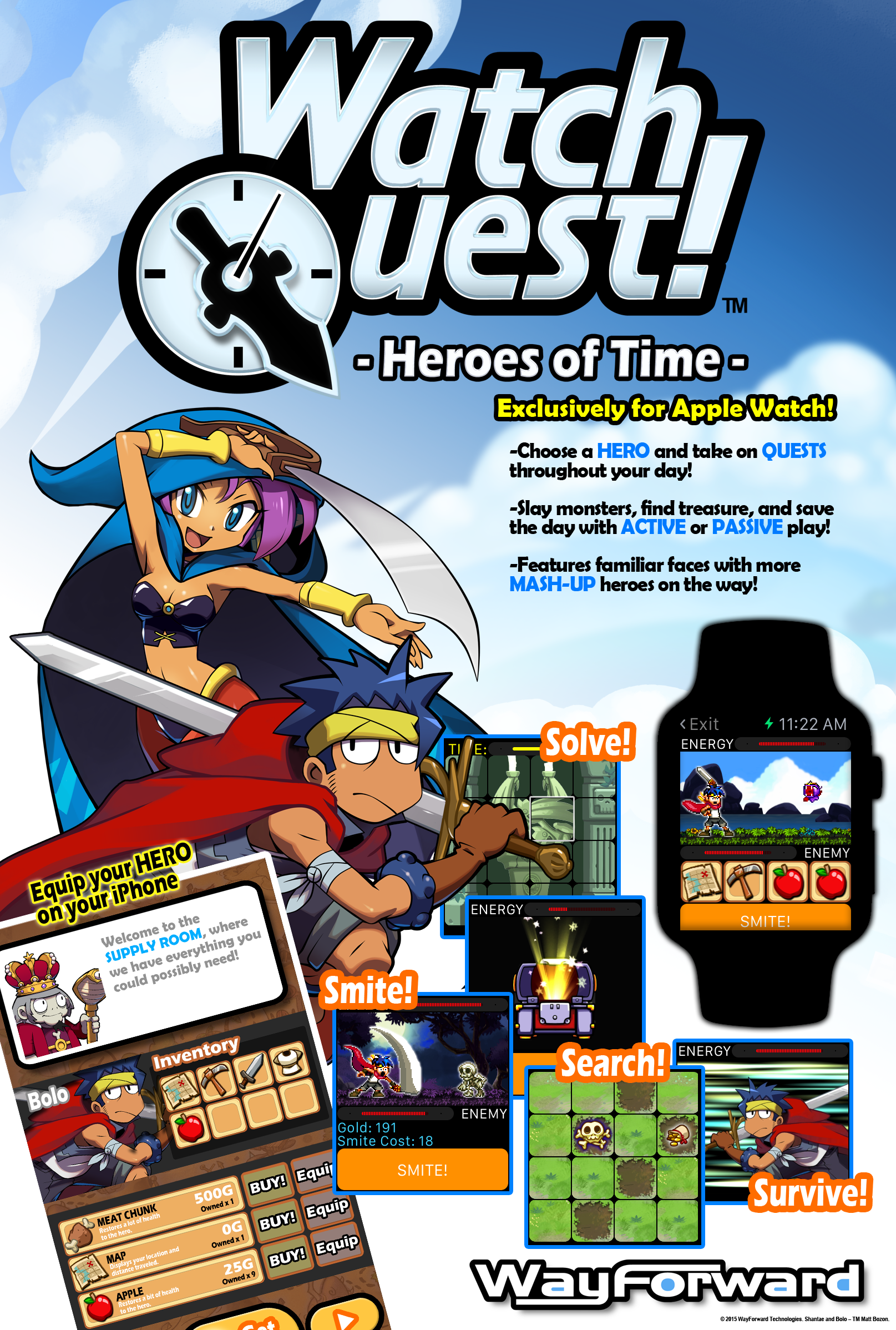