The deluxe version of the game offers a bunch of extra in-game content including a uniquely voiced and animated character named DJ Scully, hats, headphones, 3D glasses and other cosmetics, as well as the official soundtrack, digital artbook and a copy of Killing Floor (1). Post-launch, all of the extra content will be made available to buy separately. 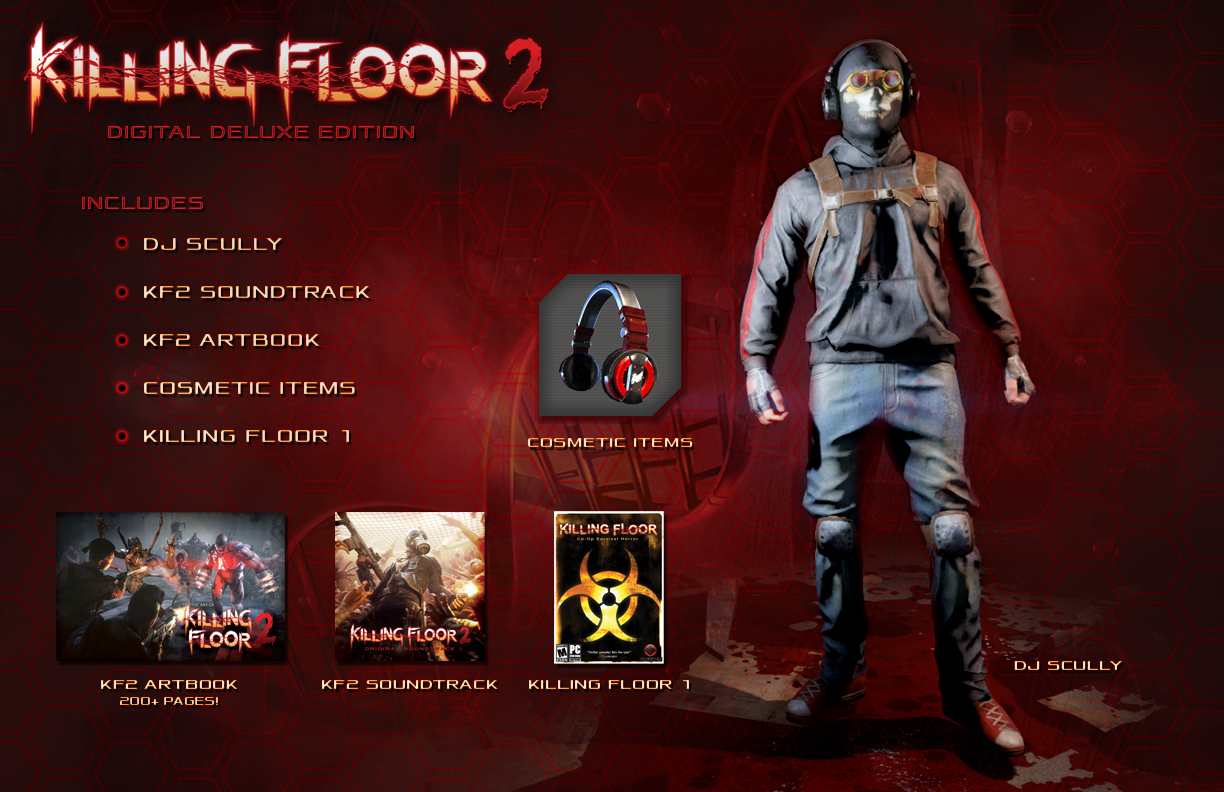 Killing Floor 2 on Steam Early Access will be available April 21.