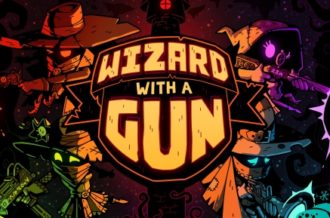 Bandai Namco has today announced what many retro gamers once thought was impossible: the bringing together of classic arcade icons in one game. The publisher is partnering with Sony Pictures Entertainment to release a mobile game adaptation of the upcoming live-action film, Pixels. The free mobile game offers a twist on traditional tower defense game mechanics; players can take the role of the heroic Arcaders from the film to defeat aliens before they destroy the world. That’s right, for the first time, PAC-MAN, Q*bert and Frogger, along with other iconic game characters from the 80s, will be featured in one game.

“With a hilarious cast and an incredible roster of legendary gaming icons to play with, Pixels has all the makings of a breakout hit,” said Jeferson Valadares, General Manager and Vice President of Product Development at Bandai Namco America. “Pixels is a celebration of some of the most beloved names we grew up with, and we’re ecstatic to deliver an experience that’s just as enjoyable on mobile devices as it is on the big screen.”

“With the Pixels mobile game, our goal is to capture the spirit of the movie and provide a new take on the popular tower defense genre of games. We have worked hard to reference some of the great action set pieces from the movie, casting players in the role of the movie’s heroes, the Arcaders,” said PAC-MAN producer Ben Acevedo.

Pixels is a 3D action-comedy about a group of heroes who must defend Earth from an invasion of aliens, who use retro video games –  including Bandai Namco’s own PAC-MAN – as their methods of destruction. The film stars Adam Sandler, Kevin James, Michelle Monaghan, Peter Dinklage, Josh Gad and Brian Cox.

“Pixels wouldn’t be possible without the enduring power of historic gaming figures like PAC-MAN, and we’re proud to team up with Bandai Namco to bring that joy back to the medium that inspired it with this new game,” said Mark Caplan, Sony Pictures’ Vice President, Consumer Products.

The Pixels mobile game will launch on smartphones and tablets ahead of the theatrical debut of Pixels, scheduled for July 24, 2015.