Readers, I have a legitimate problem.

Whenever a new release catches my eye, I’ll usually play through it before moving onto the next thing that tickles my fancy. I thought that this would be the case after installing Titan Souls on Steam, but of course things are never that simple. Over the course of this week, I completed a 100% run on the PC version, beat eighteen Titans on the Vita version (with one huge caveat that I’ll get into later), and did my best to attempt a campaign speedrun on PlayStation 4. That’s right, I technically beat Titan Souls three times this week, and I have developed a few opinions on the definitive platform for Acid Nerve’s intriguing new title.

I suppose the most logical course of action here would be to go through each platform in the order in which I played them. Good news for you Master Race fans, that means the PC version is up first. Before diving into the ins and outs of Titan Souls on the personal computer, it’s worth noting that if you’re not a fan of Steam’s DRM policies, you can always download a DRM-free version from GOG.com. That option is certainly going to sway a number of buyers over to the PC camp, as the freedom to not have online-DRM in a great deal of titles is certainly a draw for some. Enough about digital rights management, though. It’s far more important to dive into gameplay, control inputs, and visual prowess when discussing which platform is best for a given title. 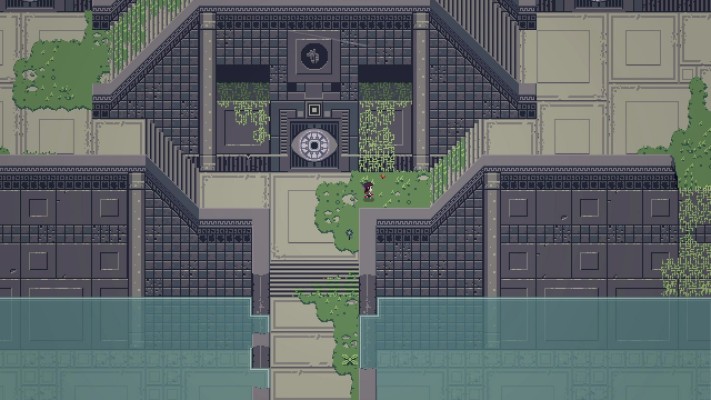 The main reason to play Titan Souls on PC can be summed up in a single word: freedom. You’re going to be able to run it at multiple resolutions, with a number of different controllers, using a mouse and keyboard, and on monitors with variable levels of pixel density. Acid Nerve recommends that anyone who dives into Titan Souls uses a controller of some sort (this screen features a DualShock 4, coincidentally), but the fact that this is just that, a recommendation, and not a requirement says something about the versatility of PC gaming. Those looking for an extra challenge could play through the campaign with a mouse and keyboard (hmm…maybe this will be playthrough #4), or they could plug in a DualShock 4, Xbox One controller, an Xbox 360 controller, or a third-party controller. Combine this with the visual options available, and it’s clear that those seeking choice won’t be disappointed.

Because Titan Souls is a pixel-art title, there aren’t going to be oodles of graphics options for players to fool around with. This doesn’t mean that there aren’t intruiging ways to make it look better on PC, though. While down-sampling often leads to a great deal of the image not being present on screen (a disappointing situation when you consider titles like Super Meat Boy can be easily down-sampled from 4K), those with monitors with high pixel density will be treated to an image that simply looks better. Because there is a set amount of pixels on screen at any given time in pixel-art titles like Titan Souls, the more you’re able to compress the image, the better it will look. This is the reason that Titan Souls simply looks better on Vita than it does on PC or PS4 using a standard 1920×1080 monitor or television. Those with 2K or 4K monitors will definitely be treated to a more unified image than those simply running Titan Souls in standard HD, and the fact that this option is available on PC makes a great deal of difference. 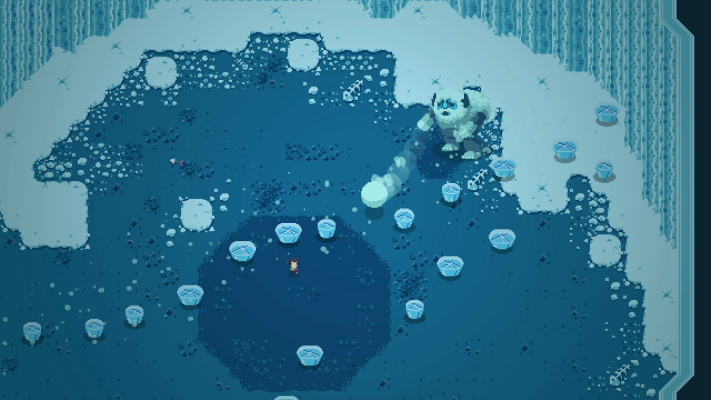 Okay, so we know that the freedom granted to PC players is definitely a big deal, but what about those who like playing their indie games on a handheld? I already mentioned that the Vita is the clear winner in the visuals department, unless of course you’re running Titan Souls at 2K or 4K, but a few gameplay quirks make it difficult to recommend over the other versions. Because players only have one hit-point and one arrow, precision is definitely the name of the game. While it may seem like this is a Vita title through and through, Sony’s handheld’s analog sticks simply don’t have the level of precision that dedicated controllers do. When you consider the fluidity of movement on an Xbox One controller or a DualShock 4, there really is no comparison. This isn’t to say that the Vita version controls poorly; rather, it’s more like the difference between major and minor league ball.

There’s one other quirk to the Vita version that must be discussed, as much as it pains me. If you’re read my articles or listened to our podcast in the past, you know that I’m a big defender of the Vita. I play my Vita pretty much every day; in fact, behind my PC, it’s my most-played platform. When you take my love of Sony’s handheld into account, it’s definitely frustrating to talk about the single-worst crash I’ve ever experienced in a video game. If you 100% Titan Souls, you’ll eventually kill 19 Titans, including a brutal three-stage final boss. During the third stage of this last fight, I shot my final arrow, and right the flash indicating victory was supposed to happen, the entire game crashed. That’s right: the Vita version of Titan Souls literally robbed me of a second 100% run. This soured my experience so much that I immediately uninstalled it from my Vita and moved onto the PlayStation 4 version. I’m certainly not insinuating that this is anywhere close to a widespread issue, but, hey, it happened to me, so it might wind up happening to you. 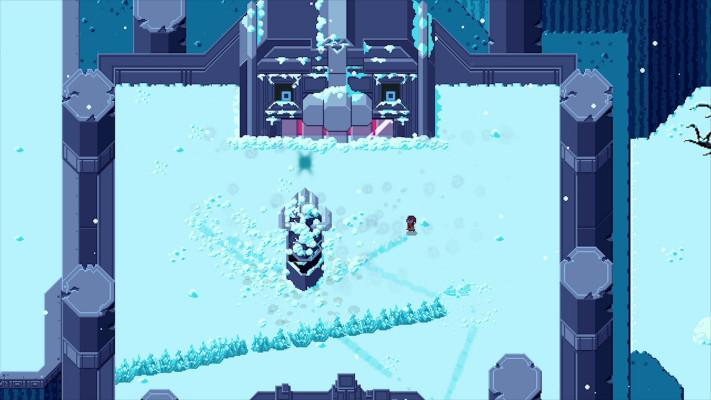 Titan Souls‘ PlayStation 4 version is essentially the PC version with a number of the options stripped away. During my 45-minute campaign speed-run, I found zero issues that would dissuade console gamers from picking up the PlayStation 4 iteration. However, there was nothing supremely special about the PlayStation 4 version either. There aren’t any visual tweaks that could make Titan Souls look better, you have to use the DualShock 4, and there is no way to run it at a higher resolution or framerate. The idea that a console is the best way to play Titan Souls, or any game for that matter, in your living room has never been valid to me considering how easy it is to hook an HDMI cord into a PC’s video card. Now, when you consider that Cross-Save functionality is available, that might sway the cross-section of Vita and PlayStation 4 owners to  Of course, if you’re a big fan of trophy support, the PS4 is very clearly the best PlayStation platform to indulge your boss-induced masochism on.

With all of that taken into account, the best place to play Titan Souls is clear. For all of the focus on the PlayStation iterations (the Spring Fever Sale, the PlayStation 4s at events, and the DualShock 4 appearing almost instantly upon launching the PC version), the PC version is the clear winner here. Even though the Vita sports the best native visuals out of every version due to some well-executed pixel-compression, there are ways to make Titan Souls look just as good on PC. Add this to the ability to play DRM-free and the combination of precision and comfort that comes from being able to choose any controller, and it’s easy to see where the best place to play is. If you’re looking to dive into the constant death and brutal difficulty of Titan Souls, you’d be best served downloading it on your PC.