Unlike so many Wii U games, Affordable Space Adventures is built around splitting attention between two screens. It utilizes Nintendo’s misunderstood console to a degree not many developers, including Nintendo itself, seem willing to attempt, and largely succeeds in its execution. Like many of Nintendo’s best creations, however, Affordable Space Adventures is a game best experienced with a friend or two.

As a customer of the recreational space-exploration company U-Explore, all you’ve signed up for is a leisurely visit to the far-away planet Spectaculon for a bit of relaxing exploration. What you find, however, is an increasingly hostile environment and utter isolation, forcing you to navigate your way to safety, or rescue, or some sort of respite. It’s immediately clear that you’re in over your head, and the teams at KnapNok Games and Nifflas’ Games brilliantly impose that feeling of helplessness on the player.

Starting as a spluttering heap, your ship is barely capable of flying straight let alone navigating the many hazards of the Spectaculon. You’re forced to make do with what you have, manipulating the thrust of the engine or using flares and a flashlight to guide your way through the dark tunnels and winding caverns that riddle the planet. More and more gadgets and abilities are added to your arsenal as the adventure continues, opening up new possibilities for puzzle solving and exponentially increasing the possible combinations between you and success. The catch is, of course, that attention must constantly be split between the television and the GamePad, guiding the ship while toying with the many instruments and control options on the controller’s heads-down display to maintain stealthy traversal through the beautiful and haunting world. 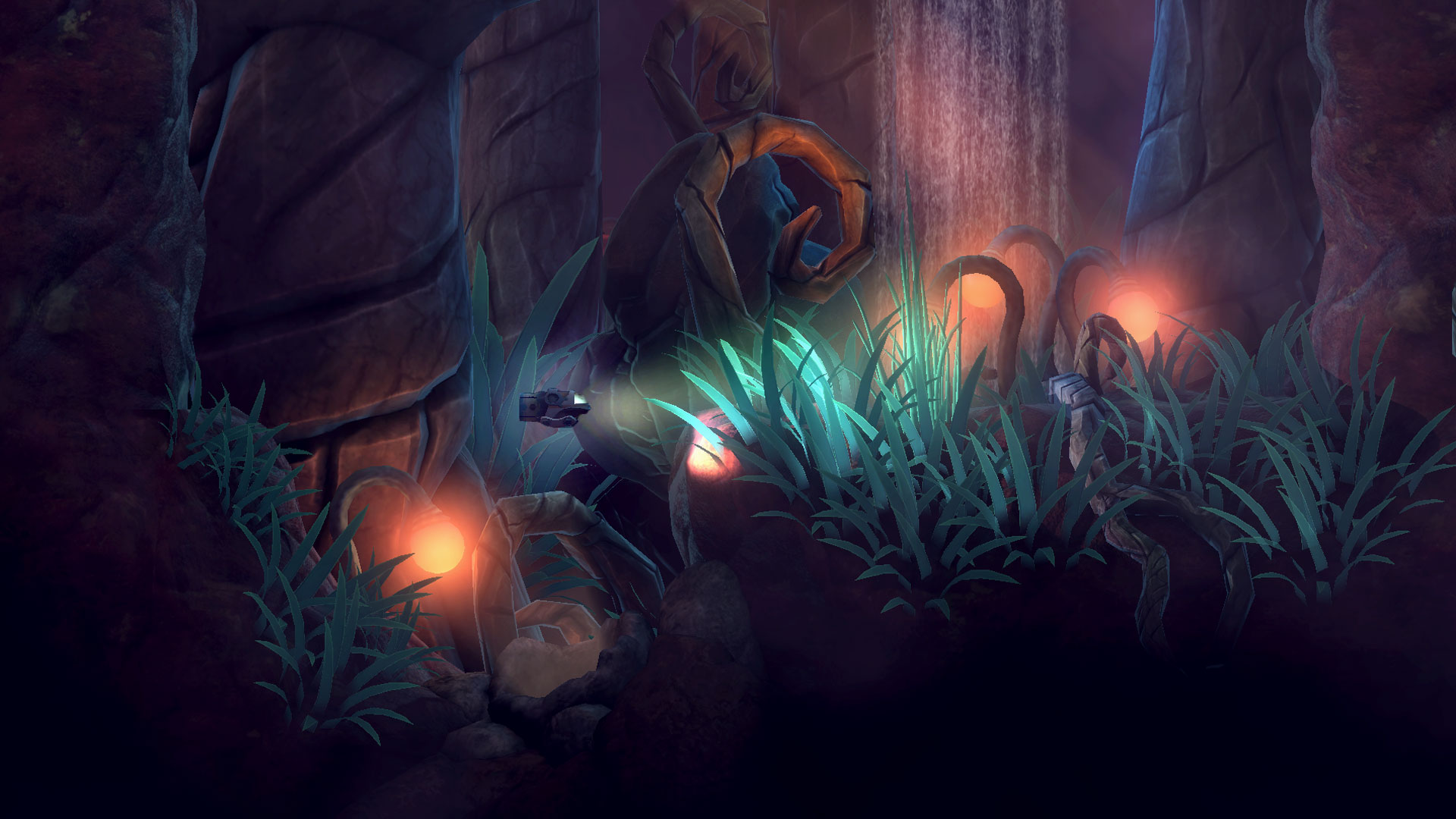 Before long, Spectaculon’s many artifacts begin to appear, more akin to futuristic machines than your typical remnants of ancient times, and that’s when the real challenge begins. Each enemy is sensitive to at least one of three products of the ship: sound, heat or electricity. In order to pass by undetected, instruments, engines and gadgets must be manipulated in creative ways, tailoring emissions to the task at hand. Like all good puzzle games, the challenge starts simply and gradually becomes more complicated as more mechanics and options are tacked on, and by the end of the journey, Affordable Space Adventures becomes mightily challenging.

Death is always a moment away in the tiny space craft, but thanks to instant restarts, generous checkpoints and the lack of lives or a timer, it never feels punishing to try a new approach and fail spectacularly. Affordable Space Adventures promotes experimentation, but some of its later levels seem to require almost super-human precision. It was incredibly frustrating to know what steps were required to solve a puzzle yet be constantly thwarted by the smallest of margins or inconsistent physics, and those unforgiving difficulty spikes betrayed the wonder, excitement and joy that defined the experience everywhere else. Luckily, anyone who finds themselves stuck merely has to switch the difficulty from “Technical” to “Tourist” to enjoy a mildly simplified journey that retains the core concepts without drowning players in difficulty. 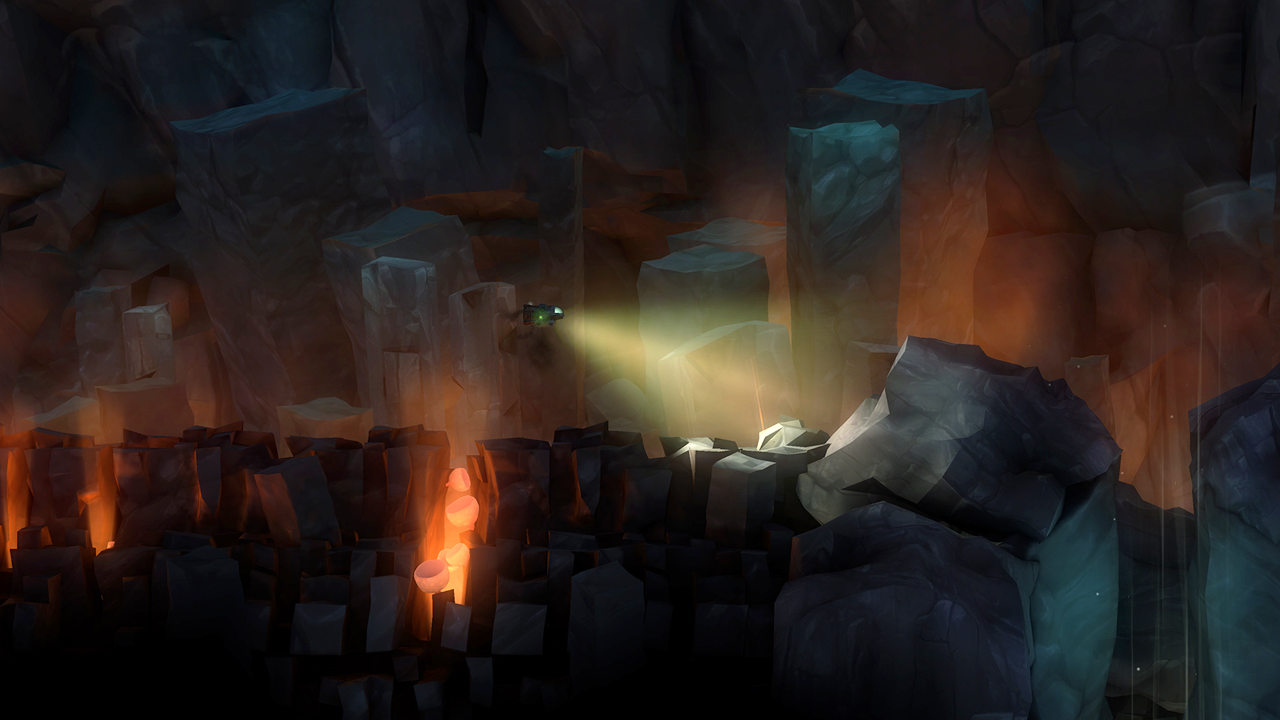 KnapNok Games’ Wii U exclusive mystifies and tempts with the unknown, masterfully building its atmosphere with eerie echoes, booming storms and grinding machinery. It makes for a feeling of isolation not unlike Metroid, but it’s far from frightening. The environments are constantly changing and evolving, bringing new challenges and illustrating just how much of the diverse planet of Spectaculon has been explored. It makes for some nice visual storytelling, trusting the player’s powers of observation to fill in the blanks of the minimalist plot.

Affordable Space Adventures plays fine as a single player experience, but it comes into its own when another player is added to the equation. Instead of adopting a traditional co-op model, up to three players split the responsibilities of the single craft amongst themselves. The result is instantly chaotic and disorienting, as one player controls the flight of the craft while the other handles the many gadgets and gizmos (a third player can control the scanner and flashlight). It’s often simultaneously hilarious and infuriating (especially when your pilot has a penchant for honking his horn at the least opportune times), and I found success to require a lot of screaming, focus and cooperation. It was incredibly satisfying to successfully navigate a trying challenge after what felt like thousands of attempts, and tested my patience and trust in my partner. Affordable Space Adventures‘ co-op is undoubtedly its defining element and feels like the kind of experience the Wii U was designed to offer.

Unfortunately, however, the journey is decidedly brief. Levels are mostly all short, digestible brain-teasers, many bearing only one significant puzzle. It seems a strange choice for a console game, but also helps keep you motivated to continue with the constant and tangible reward of progression. The game doesn’t overstay its welcome, and the quality of its puzzles and environments remains consistent up until the credits roll. Even so, Affordable Space Adventures ultimately plays it a bit safe in its puzzle design, never reaching that complicated crescendo synonymous with the best puzzle experiences. It was content to comfortably separate its puzzles instead of weaving them together and challenging the players to use everything they had learned throughout their journey, and that seems a missed opportunity. 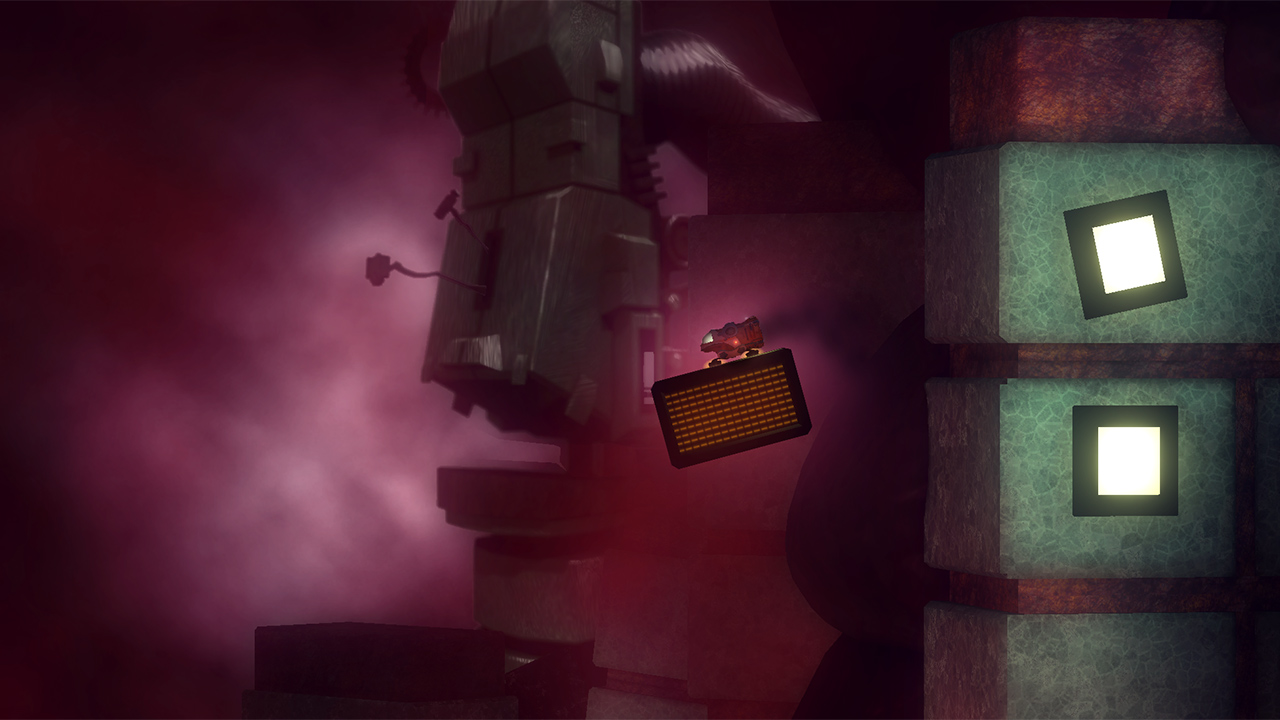 Affordable Space Adventures is an utterly unique Wii U title. It embraces the console’s maligned tablet controller and utilizes it to great effect, a fact that is particularly apparent in its brilliant asymmetric multiplayer. Those core concepts carry the game through its six hour campaign despite some frustratingly obtuse puzzles and occasionally inconsistent physics. Overall, Affordable Space Adventures is a journey well worth embarking on, especially with a few friends.