“Procedurally generated” is a hot-button word these days. The idea of randomly generated stages has become a big deal for genres like roguelikes and survival games, but what about a driving game? Sounds bizarre to have random generation fit into a genre where track memorization is so important, but in comes Happy Badger Games, who are releasing a unique exploration-focused driving game called SmuggleCraft. Happy Badger delivered a playable demo of Smugglecraft to Anime St. Louis 2015, and we got a chance to see why this little indie project has some big aspirations. 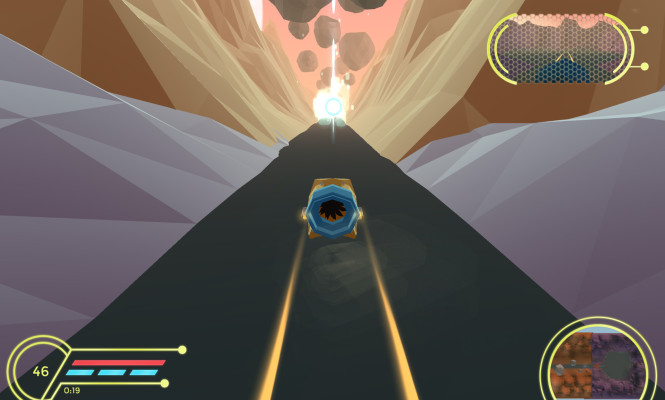 The demo presented at Anime St. Louis offered a few missions to check out. With Dualshock 4 controller in hand, I selected different missions from the main menu, though most of them were simply to reach the end of a track. Happy Badger promise chases and smuggling contraband in other missions, but hopefully the staples of simple races won’t be forgotten. Happy Badger also promise an in-depth story with multiple endings, and while the initial characters in the demo didn’t show much personality, I’m still eager to see how the world of SmuggleCraft comes together.

SmuggleCraft’s most notable feature is its randomly generated tracks, an ambitious endeavor. Racing games have always approached track design with a degree of seriousness; balancing a tight turn with different kinds of vehicles is not easy, and a single misplaced angle could mean a dysfunctional track. SmuggleCraft’s tracks are not nearly as planned, but that only makes their quality all the more shocking. I found myself dashing through caves and shooting into the air with ease. The environments felt simple, but versatile, fitting together easily without any jarring awkwardness between them. If individual track parts can fit together this well in a totally randomized setting, then consider me a believer. 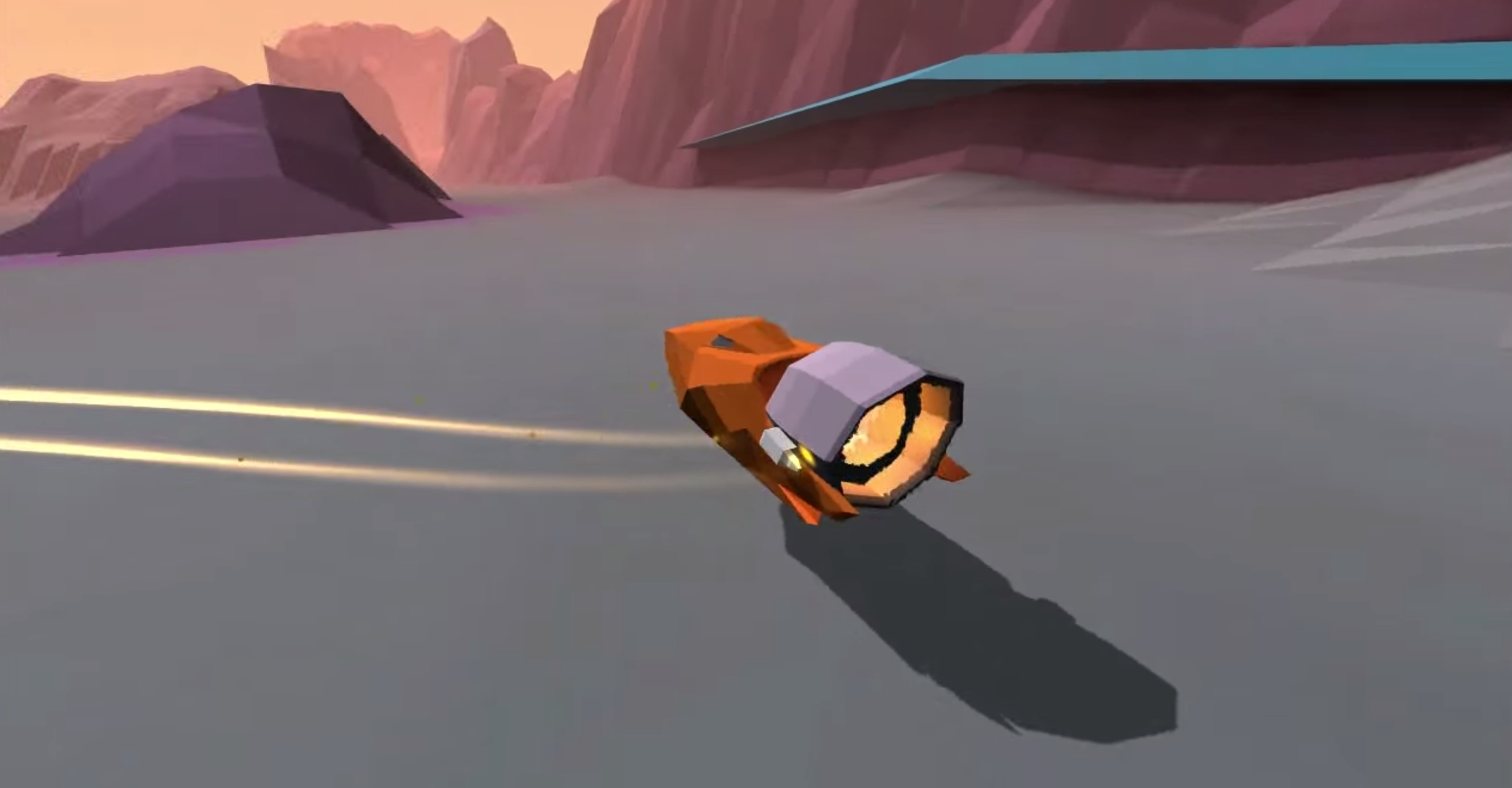 Controlling your hovercraft feels right. You can accelerate, brake and turn without any trouble, but you also have some interesting new mechanics to use when exploring. Using the shoulder buttons, I was able to “strafe”, though it felt more like a drift, a la Mario Kart. This was good for tight turns, but not that functional for more nimble dodges. Fortunately, using the right analog stick, I could perform smaller sidesteps, much more like actual strafes. This gave me a ton of control over my ship; mixing between short, concise sidesteps to spiraling drifts around bends gave my hovercraft a tremendous amount of mobility. Even among randomized environments, I never felt like I couldn’t control my vehicle. However, I did notice a significant deceleration after using a boost powerup, which felt jarring. Overall, though, the controls in SmuggleCraft are stellar, offering all the floaty maneuvers you could need to explore.

The visual design in SmuggleCraft might look a little jagged and simplistic at first, but that simplicity makes the architecture easy to navigate. Exploring the crevices and passages on each stage offered an almost crystalline art design, with creative character designs in the menus. Frame rate on the single-player missions stayed at a solid 60fps throughout, while multiplayer races seemed to suffer from some slowdown compared. Audio got the job done, with rushing bursts of speed and sound effects. The soundtrack is promised to focus on 80’s synth pop from Bravendary, a solid choice to compliment the game’s style. SmuggleCraft takes some simple essentials and turns them into a stylized experience across a rocky planet. 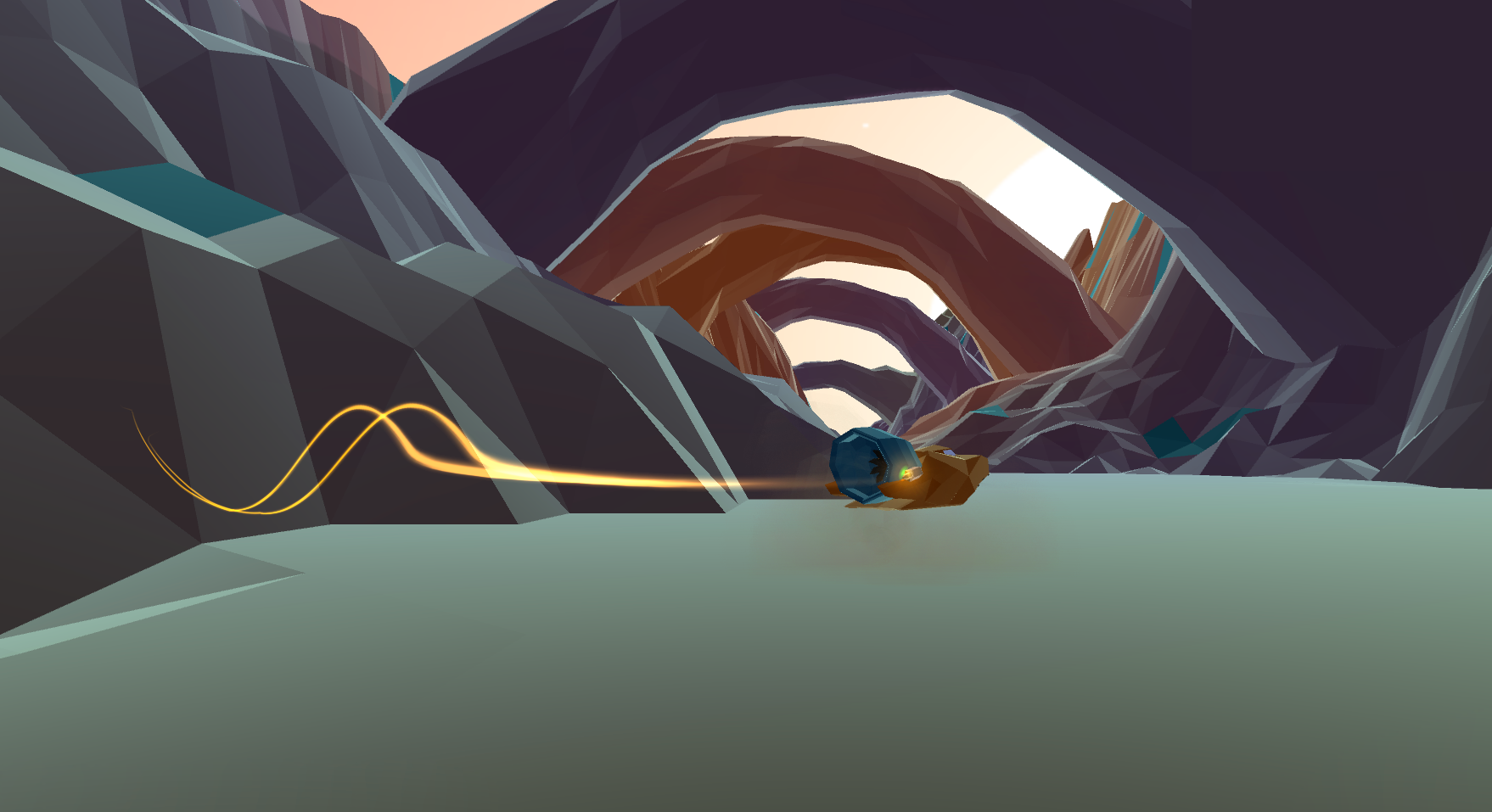 There’s still a lot of promises on the way for SmuggleCraft, but its ambitions haven’t taken any effort away from the fundamentals of good controls and solid design. With branching stories, multiplayer modes and upgradeable hovercrafts, SmuggleCraft has a lot on its plate, but Happy Badger have nailed the simplest of algorithms right off the bat. Making the controls as loose and fluid as they are was smart to fit a procedurally generated world. SmuggleCraft is looking to be a nice little indie project for Steam and PSN, so if you’re interested in trying out a new kind of driving game with some big ideas in tow, Happy Badger’s newest could very well scratch that itch.

Smugglecraft is planned for release in Spring 2016 on Playstation 4, PC, Mac and Linux. A Vita version is currently being considered as well.