My heart about leaped out of my chest when I awoke to a link from a colleague announcing the vinyl release of the Journey soundtrack. Upon actually clicking the link and seeing the first image in the story, however, my heart immediately sank into my feet. Here’s why–

My affinity for vinyl is no secret. Do a search on the site for “vinyl” and you’ll probably come up with a laundry list of articles from yours truly. Indeed, my two biggest passions in life are video games and record collecting, so when the two perfectly come together in Reese’s Peanut Butter Cup like fashion, it’s a joyful occasion. The recent Hotline Miami 2 soundtrack (released by iam8bit, the same company pressing Journey) went above and beyond, while the Grand Theft Auto V box set was a very reasonably priced set that featured fantastic music. The Journey OST, however, is a different beast.

For those who missed the announcement, the Journey OST is a 2XLP gatefold set featuring Austin Wintory’s score performed by live orchestra. 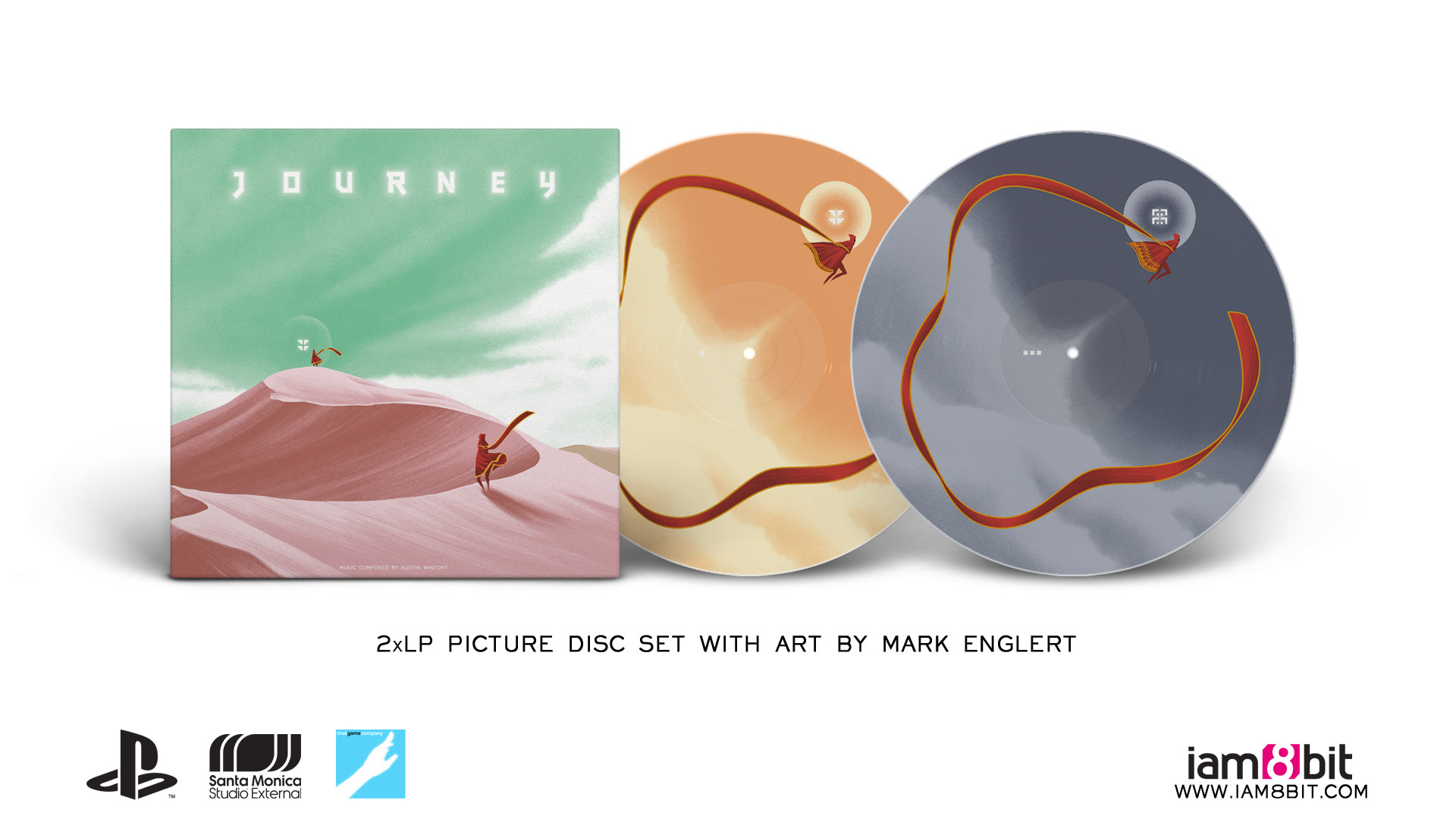 So what’s the problem? The beauty. As can be clearly seen above, the artwork in the release is printed directly on the records, making them what’s referred to as “picture discs.” While they can be artistic when done correctly, they come with a huge drawback that any audiophile will echo: they don’t sound very good. Indeed, vinyl records originated as black for a reason. They are coated with a special material that reduces background hiss when played back. Colored vinyl, which have become incredibly popular over the past few years, lose out on the coating but still sound almost as pure as their black brethren when pressed correctly. Picture discs, on the other hand, are all but guaranteed to sound noticeably inferior.

While there have been a few instances of picture discs actually coming out listenable, the process of printing directly on to the surface tends to create an enormous amount of surface noise that negatively impacts the listening experience.

The Journey picture discs have been tastefully created. Instead of simply shoving a picture disc of album artwork into a clear jacket like many releases do, they come in a standard gatefold jacket with cover art and the discs cleverly tell the story of the game through the robes of the traveler. It’s a beautiful piece of art, but that’s exactly the problem: it’s art. 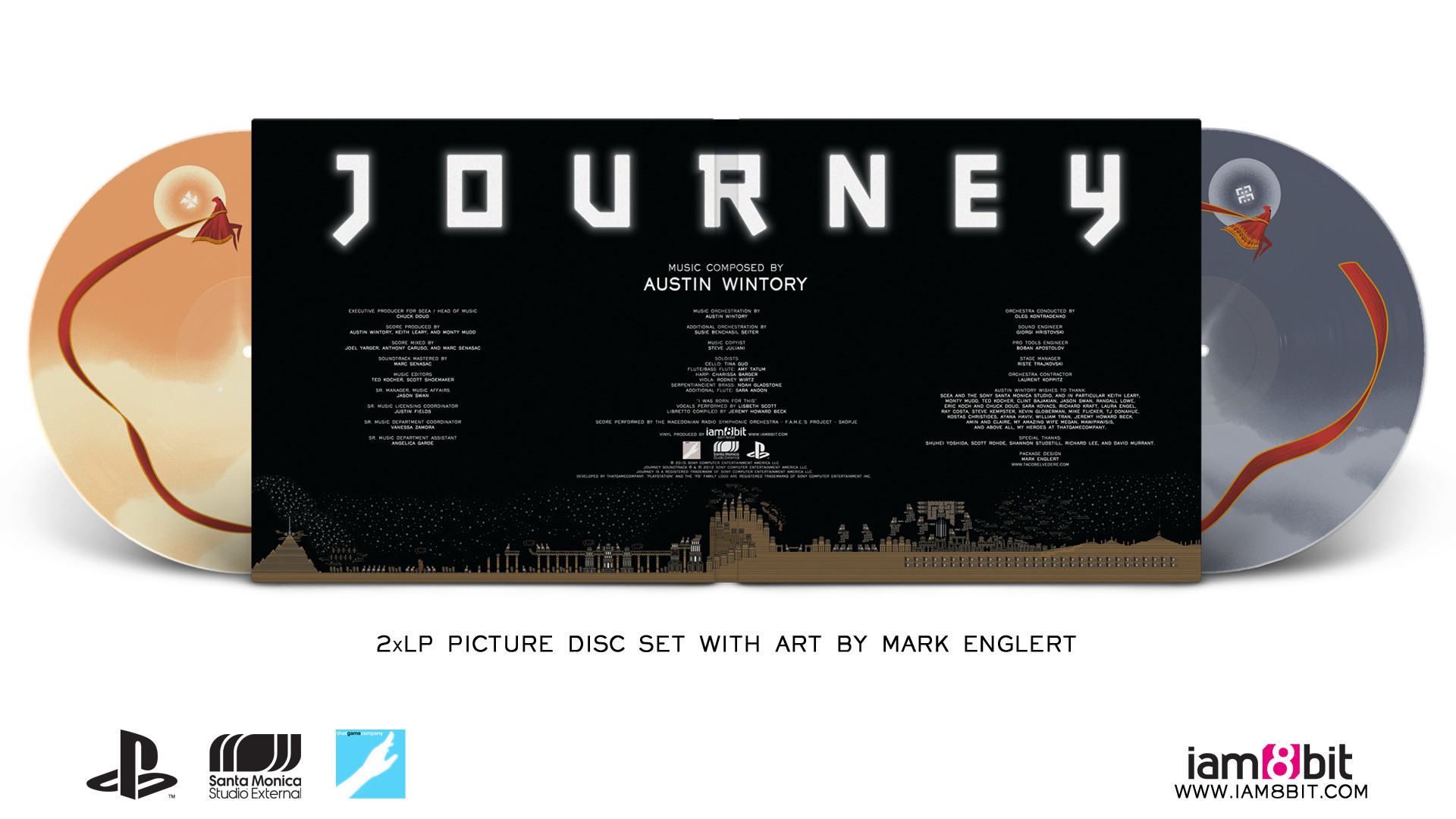 At the end of the day, the practical aspects of vinyl should always be priority over the artistic aspect. People kept collecting records throughout the years for a reason: on a proper set-up, they simply sound better than digital formats. With the format becoming trendy, however, we’re beginning to see more and more releases that are simply done to become display pieces: propped up on a shelf or framed and hung on a wall.

This does a great disservice to the included music. Austin Wintory’s beautiful score deserves to be heard in the best way possible and it’s saddening we won’t be able to do that with this release of Journey. I won’t be buying this release to make a statement and hope that others will follow suit so we don’t see picture discs take over the realm of video game soundtracks on vinyl.