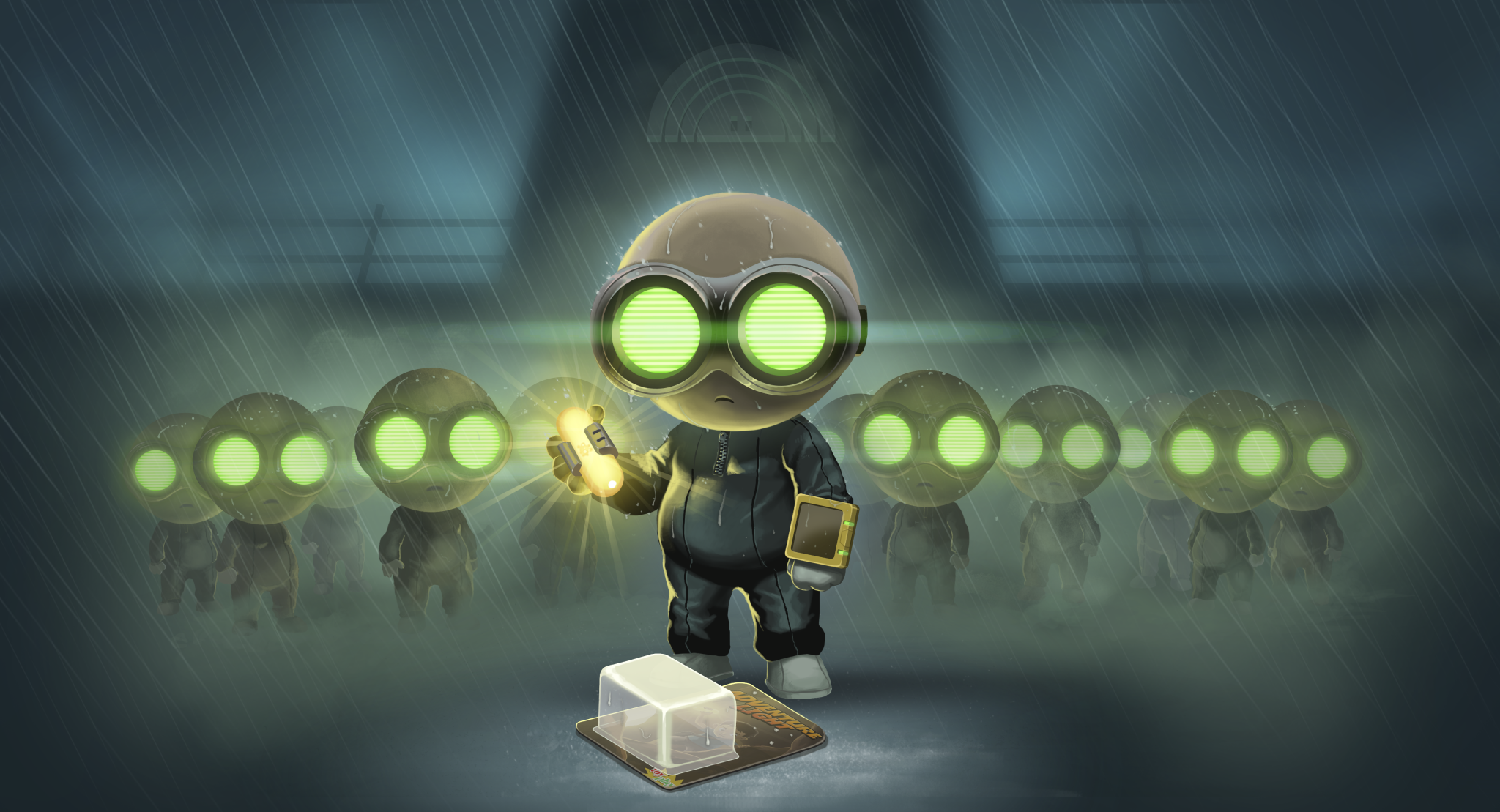 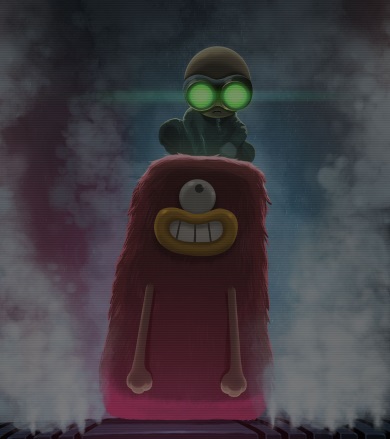 Stealth Inc. 2: A Game of Clones

I’m about to say a sentence that seems like pure, unadulterated blasphemy, so hold onto your hats. You ready? The Wii U version of Stealth Inc. 2: A Game of Clones looks noticeably better than the PS4 version. When you think about the fact that the PlayStation 4 is a more powerful console, that Stealth Inc. 2 isn’t a graphically-demanding title, and that this is supposed to be a simple port, this makes zero sense. This statement exemplifies everything about the PlayStation port of this lovable 2D stealth title. If you’re someone who has both a PlayStation 4 and a Wii U, do yourself a favor and download Stealth Inc. 2 on the latter, as the PS4 iteration seems to exemplify low-effort porting.

Before diving into the ins and outs of the PlayStation 4 version of Stealth Inc. 2: A Game of Clones, there’s one caveat to the last statement that must be addressed. Game development is insanely difficult, and whenever someone throws around the idea that those who create video games are lazy, it’s insulting to those who spend countless hours doing what they love. There’s no doubt that Curve Studios spent a great deal of time working on the PlayStation Network versions of Stealth Inc. 2, but a handful of glaring design decisions give off the impression that more could have been done. You can absolutely put your heart and soul into porting a game over onto a new system, but when software isn’t adapted to its hardware, the end result is a game that feels half-baked.

Stealth Inc. 2: A Game of Clones evolves from its predecessor in a number of ways, but the most obvious change is the addition of a Metroidvania-style over-world that houses each of its sixty-plus stages. After a player completes a given set of levels, they’ll unlock the ability to use that section’s gadget during the more exploration-focused segments. While a handful of Stealth Inc. 2‘s puzzle-design forces players to endure painful trial-and-error ordeals, the vast majority of this brutal stealth title’s puzzles are well-designed and intuitive. Games love puzzle games for the tangible feeling of satisfaction that comes from overcoming a seemingly insurmountable challenge, and Curve Studios has certainly delivered these moments in spades. Sure, there are times where the quick-hitting flow of speedy solution-seeking is broken up by countless deaths, but once players figure out the necessary tricks necessary to advance, these segments become little more than routine. 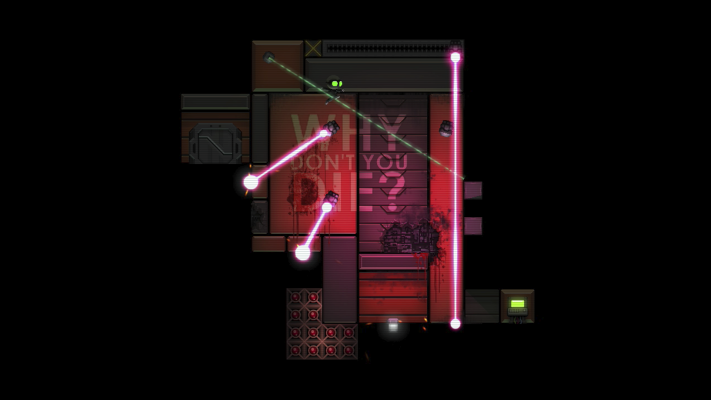 The issue with Stealth Inc. 2: A Game of Clones on PlayStation 4 is certainly not with its core gameplay. No one is denying that Curve Studios has delivered a solid stealth-puzzler that improves upon its predecessor in almost every way. Sadly, the problem comes from not optimizing the mechanics and user-interface to mesh well with the DualShock 4 and the PlayStation 4 as a whole.

If you’re familiar with the Wii U version, which was originally released as a timed-exclusive last year, you know that when you’re playing on your TV with the GamePad, you can constantly swap between your gadgets without ever leaving the action. Because Metroidvania games are dependent on the smooth implemenation of a constantly-growing arsenal of tools, Stealth Inc. 2‘s GamePad integration makes a great deal of sense. Those who gave Off-TV Play a shot know that all of the gadget switching was simply moved over to the pause screen, which breaks up the action in the over-world in a flurry of pausing, scrolling, and resuming. One would think that the PlayStation 4 version would have some sort of move wheel mapped to the touch-pad like so many other games have done in the past, but this simply isn’t the case. Rather than trying to make gadget-swapping a smooth process, Curve Studios simply decided to bring over the Off-TV Play interface as it originally existed. This makes solving puzzles that require multiple gadgets a dreadful chore, sapping away any sense of fun or satisfaction that comes from figuring out a given brain-teaser. 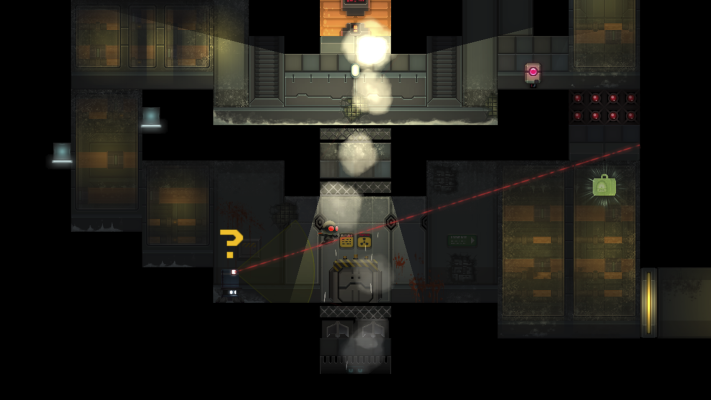 There has been a fair amount of criticism given to Stealth Inc. 2‘s Metroidvania influences, and while these concerns could be massaged over with some experience, the user-interface prevents players from getting used to the over-world. Having to go through an unnecessary menu every minute or so completely eliminates any desire to explore, which makes finding all of the adorable hidden outfits feel more like a chore than an exciting gameplay addition. One poor design decision has the power to completely cripple a game from start to finish, and nowhere is this more evident than with Stealth Inc. 2‘s gadget selection screen. Instead of wanting to solve as many optional puzzles as possible, players will likely want to get out of the over-world as soon as they possibly can.

Add this to the puzzling decision to map the level-restart function to the DualShock 4’s touch-pad button, and you have the makings of a frustrating experience. It seems strange that the largest button, and thus the easiest to accidentally hit, on the PlayStation 4’s controller is used to completely wipe out a player’s progress. During fast-twitch sections that require precise movement, it’s much easier to accidentally tap the touch-pad button than it should be. I accidentally restarted some of the hardest stages on three separate occasions during my playthrough, and every single one of these progress-wipes was met with a flurry of curses and leg-slaps. Sure, one could argue that this makes it easy to restart a level if a player is going for a speedrun, but it seems odd to cater to a tiny segment of the population instead of worrying about the potential frustration of the masses. 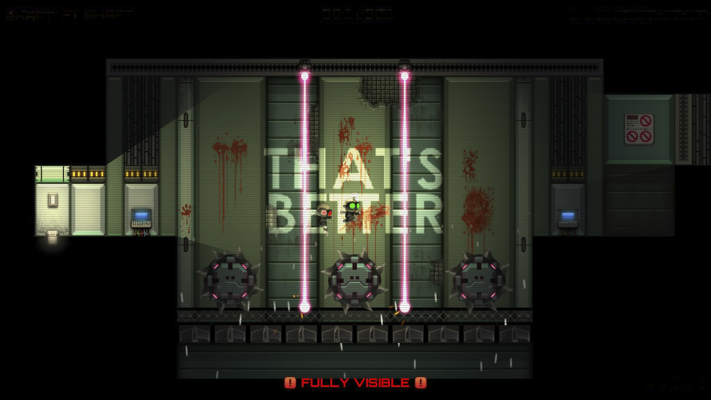 As the opening paragraph states, the PlayStation 4 version doesn’t seem to be as graphically vivid as the Wii U version. In a game dependent on the contrast between light and shadow, this seems especially odd, and it makes you wonder whether or not a deal was in place to make the Wii U definitive place to play. There’s never a time where the apparent visual downgrade hurts the gameplay directly, but if every room feels the same, you’re going to want to make things as pretty as possible.

The final major crime comes from a complete lack of Cross-Save functionality. While this may have been something that developers could have gotten away with four or five years ago, the fact that a game supports Cross-Buy without being able to ping saves back and forth across multiple systems seems short-sighted. Yes, you’ll get the PlayStation 4, PlayStation 3, and Vita versions for one price, but what’s the point if these versions are all completely independent of one another? Those looking to play Stealth Inc. 2 on both PlayStation 4 and Vita will likely have to settle for Remote Play, which, in this case, has some of the most poorly thought out controls PlayStation platforms have seen in quite some time. This is the one case where rear touch-pad integration would be welcomed, as trying to aim with the right stick while using the touch-pad to use a gadget (all while possibly jumping with the X button) is a minor disaster. If you take a look at Stealth Inc. 2‘s save file size in your PlayStation 4 settings, you’ll see that it’s merely 10.49 MB (the exact size of a Titan Souls save file, which can be Cross-Saved), so file size shouldn’t be an excuse. The lack of Cross-Save functionality is just another example of why Stealth Inc. 2: A Game of Clones feels as though it wasn’t truly designed to support PlayStation platforms. 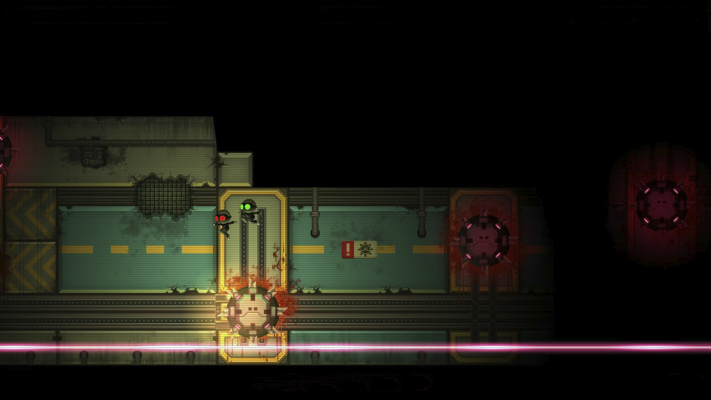 The PlayStation 4 version of Stealth Inc. 2: A Game of Clones is a great example of how not to port a game to a new system. Instead of recapturing the essence of one of 2014’s best surprises, Curve Studios managed to increase the frustration level of a title that already had the potential to elicit annoyance. From the clunky user-interface, to its seemingly downgraded visuals, to the fact that the most punishing mechanic is mapped to the largest button, everything about Stealth Inc. 2 on PlayStation 4 seems to indicate that some extra focus testing was necessary. If you’re dying to play Stealth Inc. 2: A Game of Clones, you’ll certainly be able to get what you’re looking for here, but bear in mind that it’s not even close to being the definitive experience.