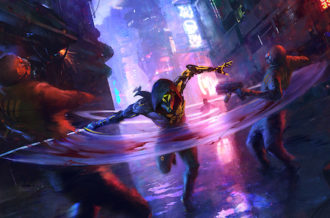 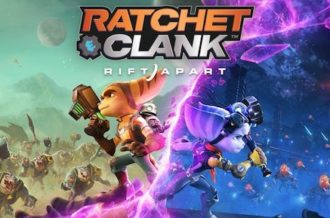 Tonight, North American fans were lucky enough to get a live look at the upcoming Pokémon arcade fighting game. The Pokkén Tournament stream contained a lot of fun with tons of special guests but the stream also revealed vital updates of what’s to come.

It kicked off with old footage and Pokémon from the previous stream such as Pikachu, Gardevoir and Suicune performing attacks in combat. Host Ayana Tsubaki arrived on stage with producer of Bandai Namco, Katsuhiro Harada, who was dressed in Pikachu pajamas, they introduced other guests and the reveal was underway. Those on the stage took turns playing each other on the arcade machines that were set up and we were all lucky to see what new content has been included.

We got a closer look at the funky controller, it has four buttons on its face and two trigger-like buttons with L and R. It appears pressing a certain combination will allow Pokémon to Mega Evolve or power-up depending on who they are, at least when your meter is filled. The first battle took place in a stage called Blue Dome which is underwater and has a giant Lugia statue in the background. They then went through a montage of some of the various stages to battle on with at least six different locations. It focused on the beautiful scenery and Pokémon spectators hidden throughout.

Fan favorite Ghost/Poison-type, Gengar, made its debut appearance. Its toothy green and red eyes flashed on screen before showing off some combative skills. It uses Shadow Ball to attack from a range, its long tongue to knock foes around up close and can even teleport briefly to avoid damage. Gengar can also go mega which should scare any opponent stiff. Watch his astonishing appearance in the footage below.

A curious little item we saw briefly appeared similar to one of the Pokémon trading cards. It’s a Bana Passport  featuring the Pokkén Tournament style Pikachu on it. It allows you to save profile information and player settings for arcade games. It’s been around for awhile and very comforting to big time fighting gamers to see a familiar feature incorporated into Pokkén Tournament.

Combat appears as smooth as possible without any hands-on experience. Attacks, even with small and quadruped Pokémon, seems to work well and took the variety of shapes and sizes of Pokémon into consideration. The mix of long and short ranged attacks give players a nice combination of moves that longtime fighting fans will grow used to. Powered strength, Mega Evolutions and assist Pokémon come into play similar to games like Marvel vs. Capcom.

The Pokkén Tournament livestream wasn’t as action packed as we’d hoped but we received a good amount of information and in the end were treated to a special Iwakumi dance. According to some rough translations, we should expect to see the arcade cabinets arriving in Japan this June. There’s a possibility of delays as with any game but we’re definitely going to see it this summer.