The nightmarish legacy of Five Nights at Freddy’s has been produced at an alarmingly fast rate, but if a new teaser image is anything to go on, the final chapter of the popular series is coming this year.

A teaser image on scottgames.com featuring an extra terrifying Freddy Fazbear and the text “The Final Chapter: 10.31.15”, signalling a new installment of the series on Halloween of this year. 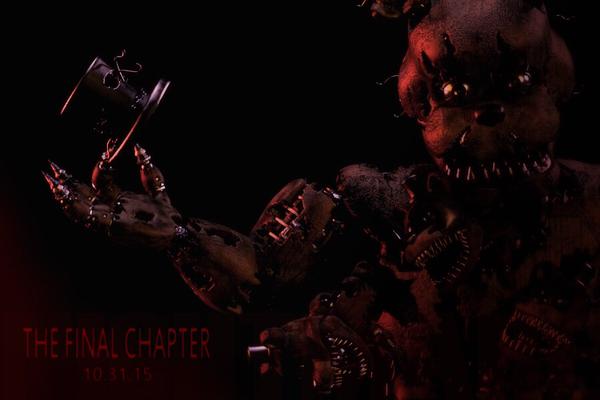 Of course, “The Final Chapter” could mean anything but, judging the enormous success of the series, but Cawthon has proved a surreal dedication to giving the series life. We’ll see if the saga of Freddy Fazbear’s Pizza closes this Halloween.