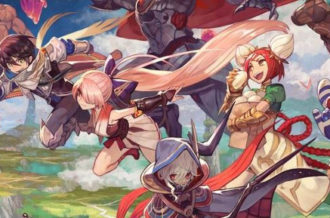 Drifting Lands, the shoot ’em up being developed by the France-based indie studio Alkemi, got a new trailer today, and it is extremely stressful.

The trailer depicts the playable ship flying effortlessly between lasers, bullets, and other ships while firing wildly back in true SHMUP form, but the team behind Drifting Lands are trying to make the game more accessible for everyone than some of the harder to grasp entries in the genre.

“The true objective of this project is to create an engaging experience for both shoot’em’up and hack’n’slash fans.” the team stated in a press release. “Even if you’re not a super player of bullet hells, you’ll find a class of ship designed for you and a fair challenge while you explore this original SF world and collect all the loot you can find!”

While there is currently a free alpha version of the game available through Steam with all the shooting goodness you’d expect as well as a few RPG elements, the final build of the game promises a larger set of RPG style powerups and skills, different classes “to meet both SHMUP and hack & slash enthusiasts’ expectations,” 100 levels of difficulty, loot, and randomly generated levels.

If you want to get a taste of the fast-paced flying Drifting Lands has to offer, you can check out the trailer below or download the free alpha version from the Steam store today. Expect the full version sometime in 2015.