Oh great, it’s another one of those articles about a new MOBA player that’s shamelessly falling into the pits of addiction.

Yes, it’s true that there are hundreds of opinion pieces floating around about those ever-important hours with perhaps the most complex video game genre out there, and yes, those of us who are late to the party are speaking from positions of complete and utter ignorance. Still, you know what makes writing another one of these articles worth it? The idea that someone out there will read it, ignore their apprehension, and dive into one or more of these addictive, brutal, harrowing experiences as a result.

Over the past two weeks, I’ve found myself enamored, frustrated, discouraged, and blissful all at once. After trying out Smite, Heroes of the Storm, and the ever-so-intimidating Dota 2, I’ve realized that this genre has the potential to be life-sucking, and I’m slowly slipping down the rabbit hole. I’ve never found the RTS genre satisfying, and out of sheer ignorance I spat in the general direction of MOBAs because they seemed rather similar. However, something about Smite grabbed me, and when you combine that with my penchant for wanting to save every penny I possibly can, I decided to jump in with reckless abandon. The idea of a genre sporting fair free-to-play models, a steep learning curve, and endless replay value became so fascinating that I couldn’t ignore its pull. Add this to my love of third-person titles and my rapidly-growing love of mouse-and-keyboard as input devices, and it seemed logical that Smite would be the MOBA that finally made me dispatch my nonsensical prejudices. 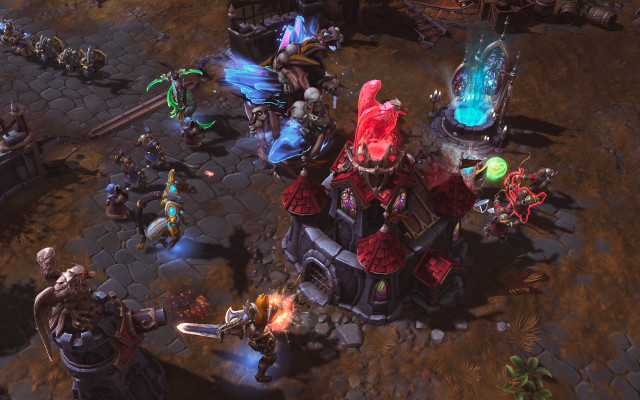 I’ll spare you the gruesome details of every match I played, especially when they can be boiled down to three words: I’m very bad. Even though I consistently play terribly every time I boot up a Smite match, there’s something to the idea of getting a little bit better at certain aspects here and there. There’s so much to learn about this genre that simply participating feels educational, and that’s nothing short of fascinating. In fact, I found the constant learning that comes with playing MOBAs so endearing that I obtained a Heroes of the Storm Beta code from a friend and began playing the ever-loving snot out of it. After that I downloaded Dota 2 and began the masochistic descent into having even less of a life, which is rather tough for someone who’s life revolves around working, going to the gym, eating, and playing games. I’m getting dangerously close to cancelling actual dates with actual human ladies in order to play a few hours of Dota or Heroes of the Storm. This is already a problem.

I could go into all of the things I like and don’t like about each of these games, but what’s the point? There are tons of wiki guides out there, each written by people more knowledgeable than me, that discuss every aspect of each of these games. For me to sit up here and act like being the Supervising Editor of a video game website gives me the right to be some sort of all-encompassing MOBA expert would be disingenuous, but I am certainly an expert of my own experience. Over the past two weeks, I’ve played fifty hours across various MOBA games, and to say my emotions were all over the map would be a grave understatement. 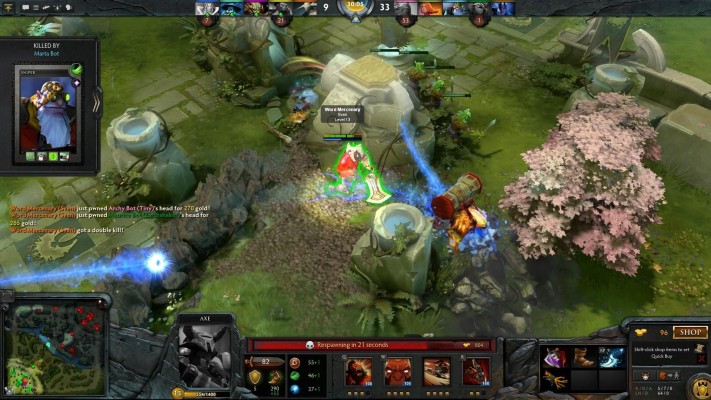 Outside of my college obsession with Call of Duty: Modern Warfare 2 (I found its complete lack of balance hilarious, sue me), I haven’t played any games that make time fly by quite like they do in Dota 2 or Heroes of the Storm. Whenever I look up and see that thirty minutes have passed, it’s flabbergasting. Not only can I see myself sinking hundreds and hundreds of hours into Dota 2 specifically, but the idea that an entire day or night can go by in the blink of an eye is equal parts terrifying and exciting. Immersion, and to a lesser extent escape, is the single most-important video game factor to me. Whether that immersion comes from fantastic gameplay, a breathtaking story, or an intriguing world, is largely irrelevant to me. Of course, if I’m reviewing a game, I analyze things in a more complex fashion, but when playing a game in my free time, I’m looking to be swept away into a state of complete focus. The thing about MOBAs that appeal to me more than anything else right now, is that immersion is absolutely necessary for success. Try listening to a podcast or eating a snack during your next Dota 2 match, and tell me that the proceedings didn’t get more difficult. Oh, and it certainly helps that all of this immersion is completely free for those who are willing to put in the time; who would have thought that I’d be able to actually save money playing video games?

I’ve never found myself so enamored and obsessed with a genre quite like I am with MOBAs (case and point: I’m itching to play some Dota while writing this article like some sort of crack fiend). I desperately need to understand how the item store works, who the best hero for each situation is, and how to get better at last hitting and denying. I both understand and don’t understand the feverish obsession surrounding these games; the steep learning curve will certainly turn the casual player off, but the quest for knowledge is addicting to lunatics like me.

If you were like me and found yourself brushing off MOBAs as some sort of weird fad, do yourself a favor and give one of them a shot. Who knows, you could find yourself being the latest victim of MOBA Fever.