Also joining Mirror’s Edge in early 2016 will be a new Plants vs. Zombies game, which is speculated to be a sequel to last year’s Garden Warfare.

It’s likely that all three games will make up a sizeable portion of EA’s E3 2015 line-up in addition to Star Wars: Battlefront.

Scope EA’s full financial report here and check out an image of their release schedule below: 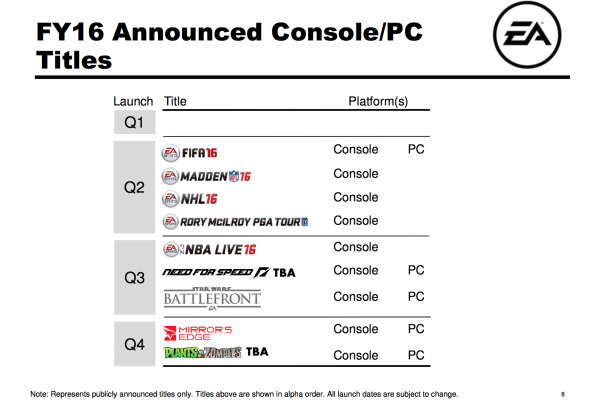