NIS America has today released a a new trailer for dungeon crawler RPG, Operation Abyss: New Tokyo Legacy. The trailer introduces players to the basics of forming their squad in the PS Vita exclusive. Vice-captain of the Xth Squad Kaito Saeki will be supporting their squad during missions and explains how to effectively form a synergized squad. Blood Codes contain the genome of history’s greatest heroes that determine the role of each member, and each member can only use one blood code at a time. Experiment with different Blood Code combinations and be mindful of how much time is spint in the Abyss – the longer that is, the more aggressive the Variants will become.

Operation Abyss: New Tokyo Legacy will be released in North America on June 9.

Check out the trailer and Launch Edition below: 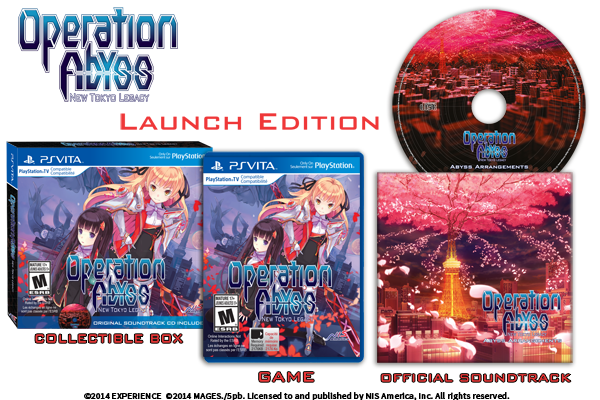