What a great day for Ar nosurge fans. Not only did Koei Tecmo announced that they’ll be bringing Ar nosurge Plus: Ode to an Unborn Star out west, but they’ve already given a date when. The fantasy/sci-fi RPG will be released on July 2 in North America.

A remake of Ar nosurge: Ode to an Unborn Star, the game has been updated with new costumes, new “purification” partners and DLC available in the previous version.

While the PS Vita exclusive will be available for $39.99 digitally, NISA will be releasing a physical limited edition version of the game that includes a poster, Surge Concerto Pin Badge, microfiber cloth, sticker sheet and collector’s box.

Head over here to pre-order it and check out a picture below: 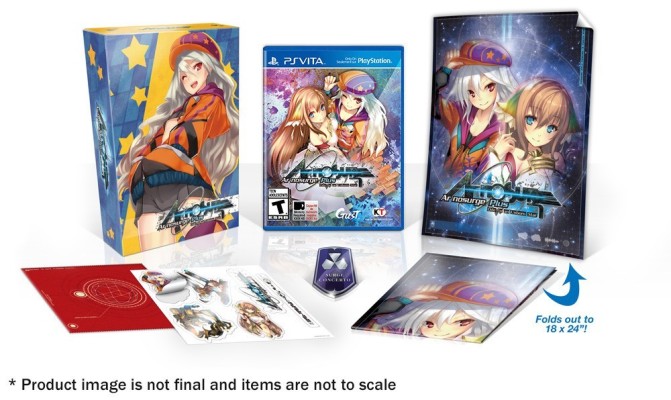