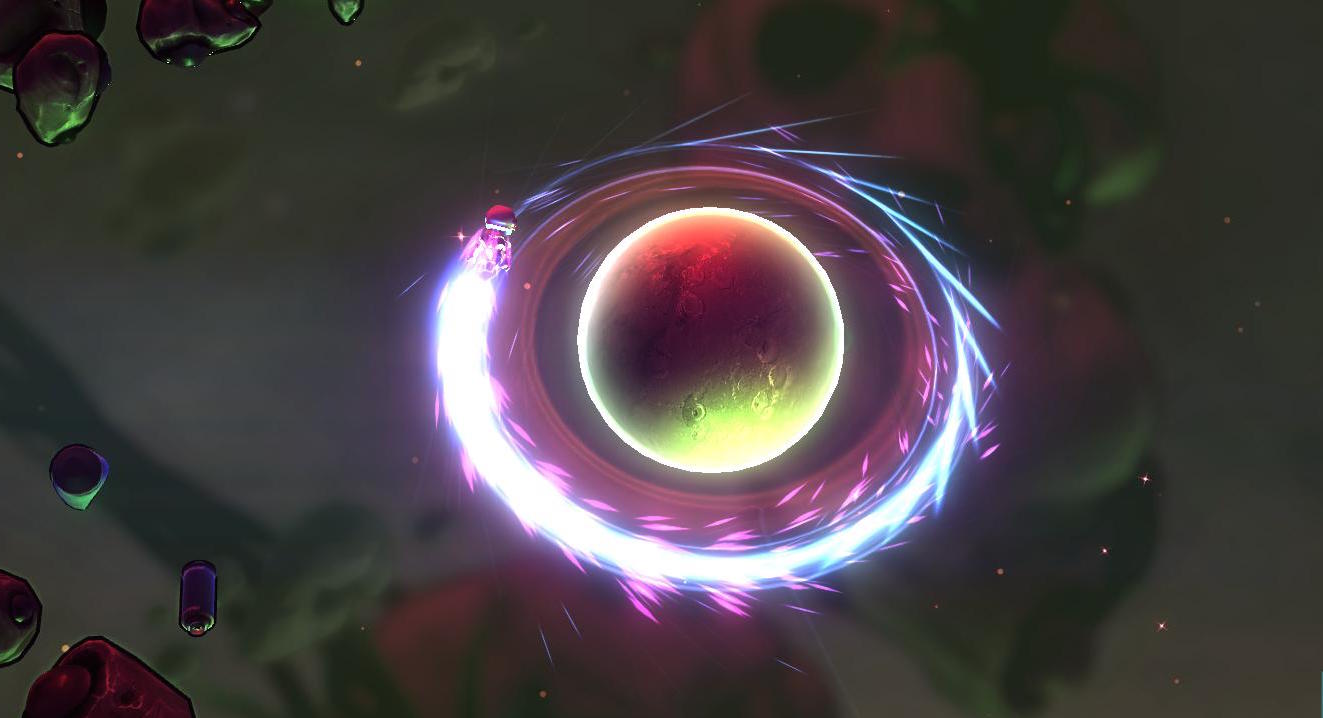 PixelNAUTS’ LOST ORBIT wants you to both love and fear space. While the majesty of the great beyond is almost hypnotic in its beauty, it’s also a source of isolation in an endless ocean of emptiness. LOST ORBIT tells the tale of a spaceman who experiences both the joy and sorrow of outer space, but ties it together with a fast-paced runner. PixelNAUTS have come a long way since the project began, but their space odyssey is finally here. LOST ORBIT is a big dream, but its sky-high aspirations start to run themselves dry quickly.

LOST ORBIT follows Harrison, an astronaut whose ship is destroyed in a freak interstellar accident, leaving him stranded in space. With little chance of survival, Harrison is saved by an AI drone, and together, they cross the great beyond to get Harrison back home. Of course, the ride is bumpy, as it’s eventually revealed what actually attacked Harrison’s ship and what it means for his planet. LOST ORBIT’s story is told through the perspective of Harrison’s AI companion, who has a tremendous amount of personality. The characters form a unique relationship together. The AI’s narration tells of casual stories told by Harrison, like barbecue at home, with a tone akin to classic literature like Moby Dick. The story is stripped-down and doesn’t have too many twists or turns, but the calming mood contrasts with the dangers of space. LOST ORBIT is able to deliver a fantastic story in simplistic ways; you’ll grow to love both of its main characters by the credits’ end.

LOST ORBIT is, at its core, a runner. You can move Harrison, propel yourself forward and boost even more with ease. You can also earn new abilities and upgrades like faster boosts. Harrison has a wide turning radius, fitting with the space setting, but there’s a slight swerve that you’ll need to get used to early on. LOST ORBIT is momentum-based; you’re constantly moving forward, but you can jettison off planetoid orbits or launch from celestial bodies quickly. When it hits home, the flow of LOST ORBIT’s gameplay is superb. The freedom of rocketing through space is a magical feeling, capped off with Harrison’s muffled cries of joy as he launches off a floating ramp. 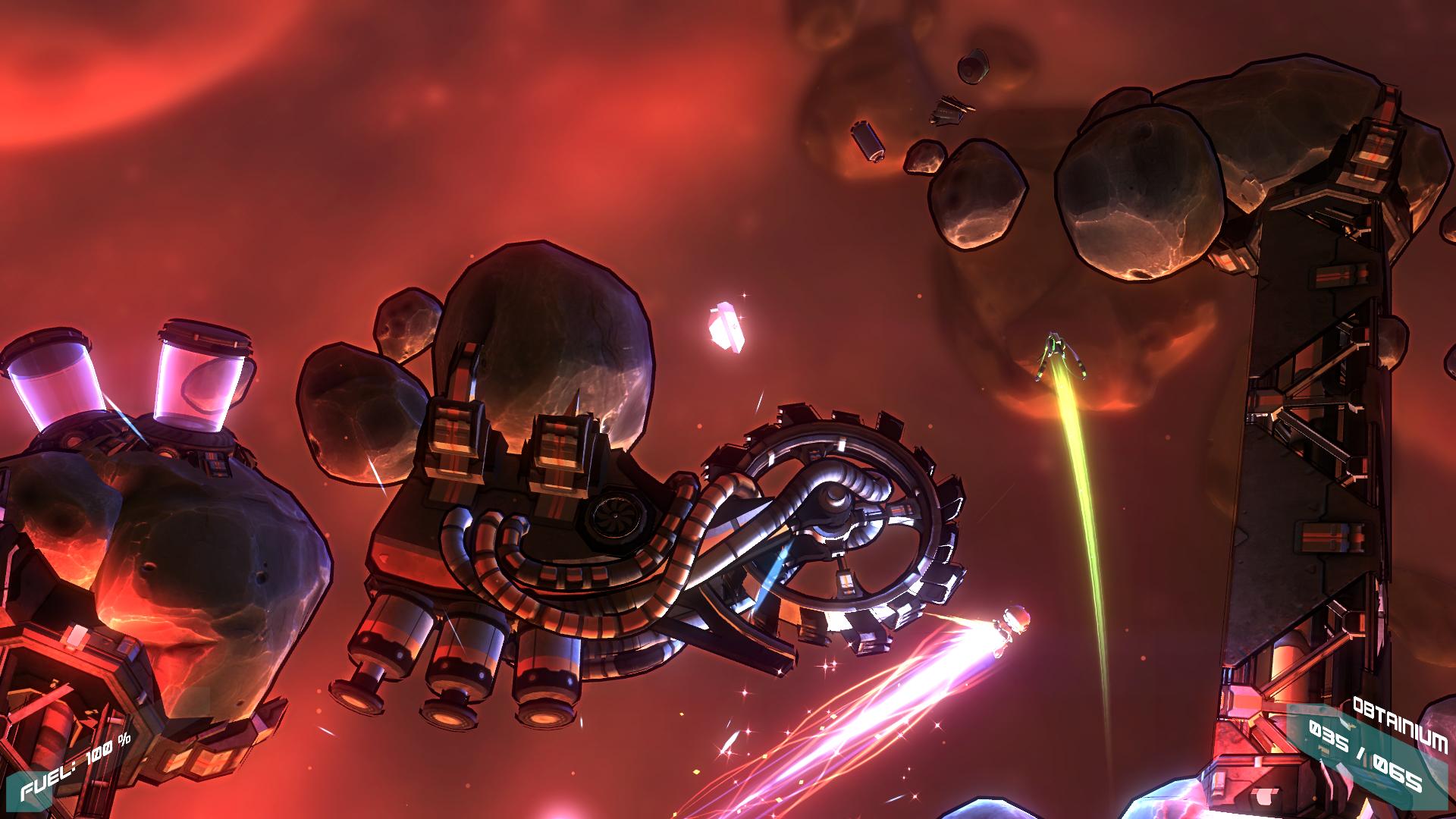 Unfortunately, these different environmental gimmicks don’t offer as much variety as you’d hope. Eventually pulsars and wormholes are found, which while admittedly cool to see, don’t operate very differently from each other. They mostly push you to a designated spot on the level with little input from you. This makes some of the later stages feel under-utilized in their construction. Many of the same tricks are used all the way till the final star system, which has an awkward spike in difficulty that requires immediate reaction, or worse, memorization. By the end of the game, it’s clear that the good ideas that LOST ORBIT had were far too overused and undercooked. LOST ORBIT does have an upgrade system, but it doesn’t offer any real changes to the core gameplay. The extremely slim options give better boosting speed or fuel usage, along with a wider range for collecting Obtainium, the currency used to buy upgrades. The shallowness of the upgrades calls into question why they were in the game at all.

But LOST ORBIT’s replay value is backed up with rankings. Based on the Obtainium you collected, the number of fatalities, and the time it took to finish a level, you get rankings and bonus Obtainium depending on how well you did. It’s a great incentive to keep going, and in short bursts, LOST ORBIT can be good fun. Unlockable time trials will also keep players flying through space. With a rather brief campaign at around five hours, it might seem like a bit too little, but runner fans will find some joy in Harrison’s space odyssey. 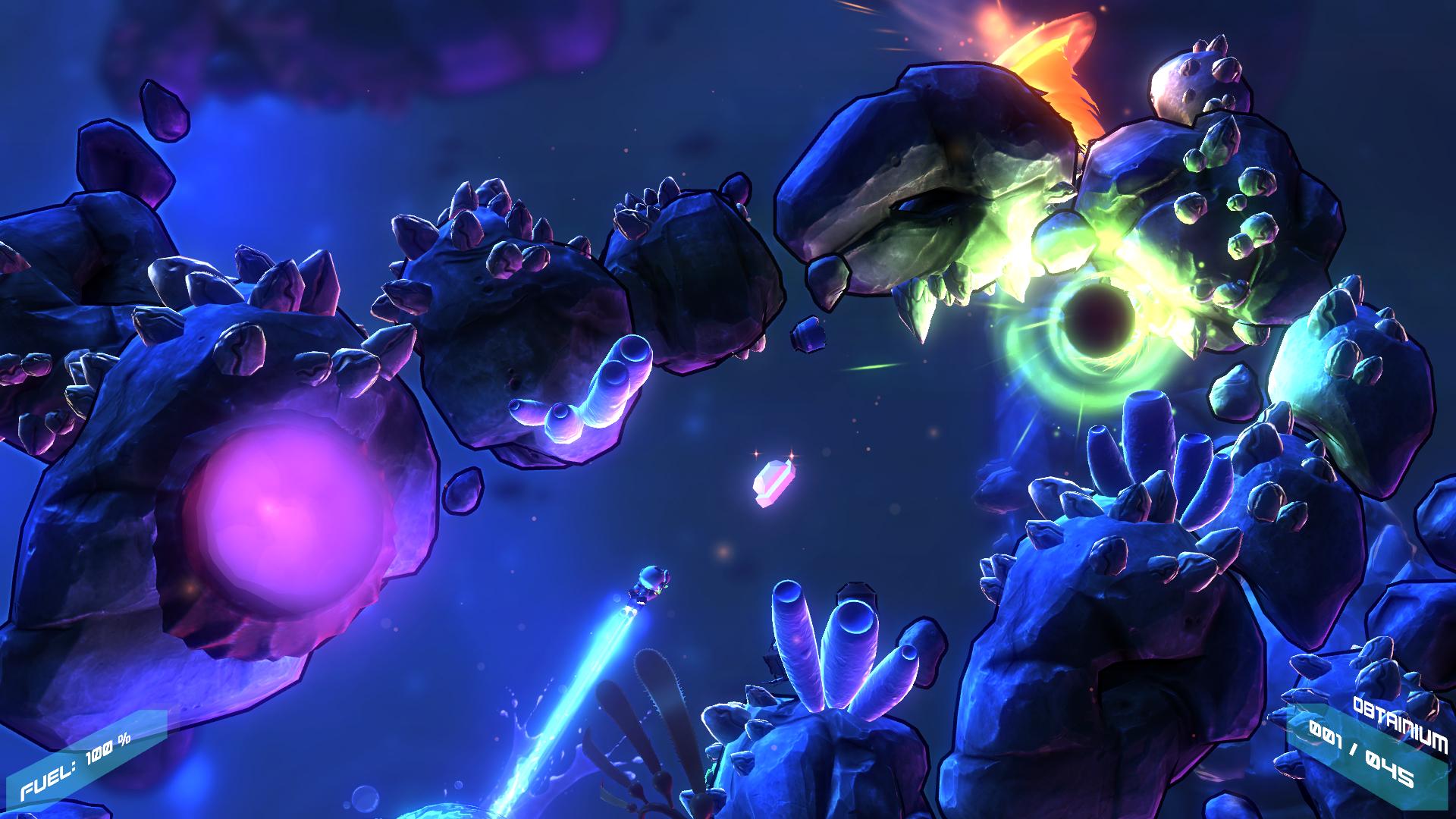 With glistening intergalactic light and shimmering dashes through hyperspace, LOST ORBIT makes a bold statement with its graphics. Harrison’s design is charming to see, while the awe-inspiring stars and planets that rise above the game’s horizon are outright breathtaking. The frame rate stays solid throughout, even with chaos on the screen, and while later levels tend to look a bit less impressive than earlier ones, LOST ORBIT does have prettiness on its side.

The sound design, however, is the real deal. This is some outright fantastic electronic music. Shifting from twinkling synths in early stages to buzzing warped drones in later ones, the soundtrack is beautiful, a near-perfect mix of ambiance and memorability. The voice acting is also well done; the narration from Harrison’s AI companion feels honest and sincere. Not a single line in the narration sounds forced, even in the oddest circumstances. The story feels so much more with such great voice acting leading the way. The presentation of LOST ORBIT is a little by-the-book, but its highs are so, so enjoyable. 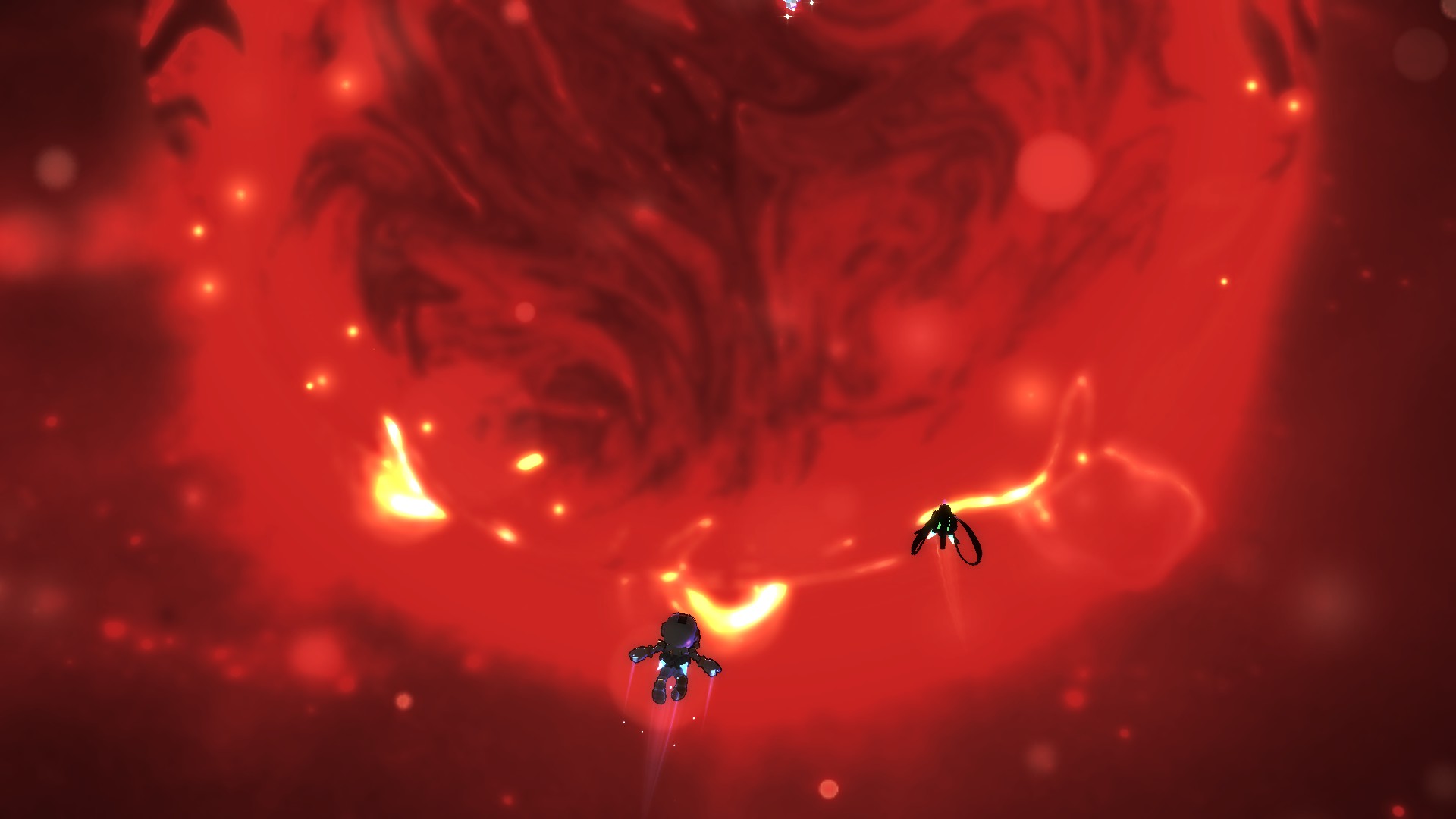 LOST ORBIT can be fun, even majestic when it hits its stride, but a steady lack of creativity shoots it down from reaching its full potential. The story of Harrison is touching and memorable, presented with such conviction and honesty that you might mistake its dialogue for that of an award-winning sci-fi novel. There’s an immediate wonder in flying through space without a care, narrowing dodging asteroids and collecting shining gems. But the well of invention dries up quickly, and you start to see levels reusing old ideas or simply not capitalizing on new ones. A bad upgrade system and a few control quirks also sour an otherwise charming experience. LOST ORBIT is a mesmerizing sci-fi story that relishes in the freedom of its setting, and while its level design makes a number of missteps throughout the campaign, it’s a nice little indie project that’s good for the brief time it lasts.