UPDATE: Konami declined to comment on the news of a Metal Gear Solid V bundle.

ORIGINAL STORY: A new rumour has surfaced online teasing the notion that publisher Konami might be releasing a bundle for Hideo Kojima’s Metal Gear Solid V in the near future.

Reddit user LoveDeterrence (via NeoGAF) posted a promotional image from Konami’s website featuring The Phantom Pain and Ground Zeroes — the two titles that Metal Gear Solid V is comprised of — with the word “bundle” appearing in the page’s URL.

The URL, however, is no longer live, with NeoGAF user Hideo, who originally spotted the image on a Russian website, confirming that the page has since been pulled. We have contacted Konami for a statement and will update this story as soon as we receive a response. 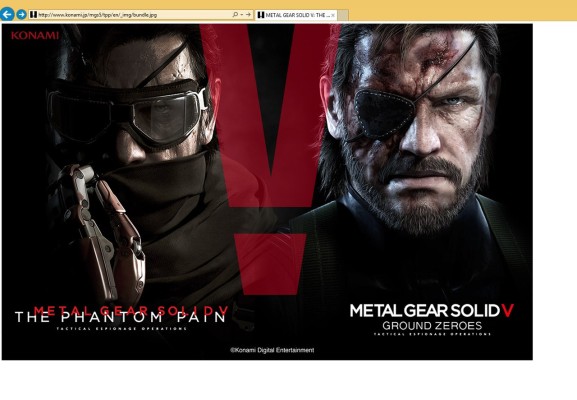 Ground Zeroes, which was released in 2014 for PlayStation 4, Xbox One, Xbox 360, PlayStation 3 and PC, serves as the prologue for The Phantom Pain. Read more on Ground Zeroes in Hardcore Gamer’s review.

In other Metal Gear Solid V-related news, retailer GAME recently confirmed that The Phantom Pain’s Collector’s Edition had sold out in the UK.