Developer Dontnod Entertainment announced on Wednesday the official release date for the eagerly awaited third episode of Life Is Strange.

“In the next installment of Life Is Strange, Max [Caulfield] and Chloe [Price] ramp up their investigation to find out what exactly is going on at Blackwell Academy and the whereabouts of Rachel Amber,” the episode’s synopsis reads. “Secrets will be uncovered and Max will find another use for her power!”

Dontnod, who recently applied a new update to Life Is Strange ahead of Episode 3’s release, also revealed a brand-new screenshot from Chaos Theory (see below), which features Max and Chloe attempting to break into Principal Wells’ office. 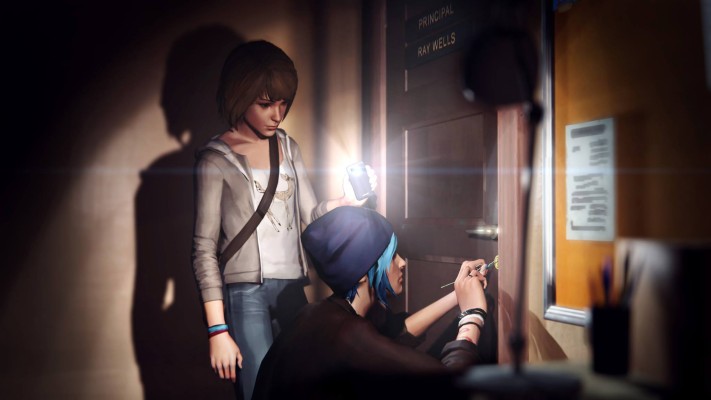 Scott Blows, community manager for Dontnod, said on the Square Enix Blog that the development team is “really excited for you to play the next episode and hear about the choices you make as well as your reactions and thoughts.”

With Chaos Theory less than one week away, why not refresh your memory on Life Is Strange by having a read of Hardcore Gamer’s reviews of Episode 1: Chrysalis and Episode 2: Out of Time.