Ubisoft has revealed when Rainbow Six will make its triumphant return to consoles and PC. Tom Clancy’s Rainbow Six: Siege will launch October 13 on PS4, Xbox One, and PC. Those who pre-order the game will receive access to the Closed Beta, which kicks off later this year.

Rainbow Six: Siege is the latest entry in the Rainbow Six franchise and puts you in the shoes of twenty different operators from five different international counter-terrorist units. Defenders will attempt to keep a hostage out of attackers’ hands by putting up barriers and turning their surroundings into a fortress. Attackers will attempt to breach that fortress and rescue the hostage. Environments are highly destructible, thus ensuring that no two matches are ever the same. 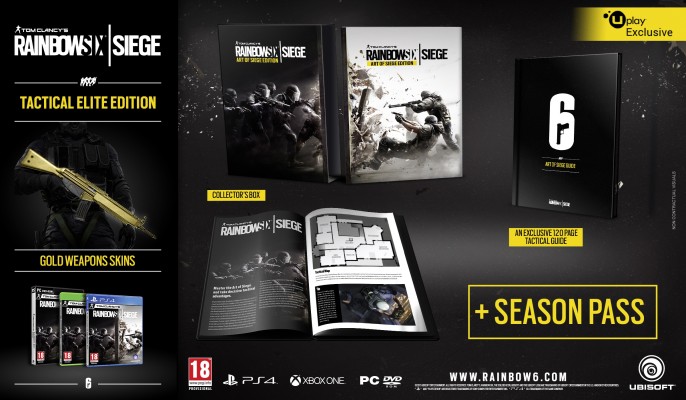 In addition to the release date, Ubisoft also revealed three different collector’s editions for Europe, Asian, and the Middle East:

Information on collector’s editions for North America will be revealed in the near future. Expect to hear more about Rainbow Six: Siege at E3 2015.