The small Japanese development company Lifewonders is seeking funding for an English translation of its JRPG Fantastic Boyfriends: Legends of Midearth, which features a gay protagonist.

Lifewonders hopes to get $20,000 to release its homage to JRPG classics in “as many countries as possible.”

“We believe that more and more startups in digital media such as comics and games that include various kinds of romantic relationships will only enrich video game culture… It is also one of our major goals to see more LGBT and ally developers in digital media,” the team explained on its Indiegogo page. “We believe in order to reach this goal, we must release our game not only in our home country of Japan, but to the rest of the world, as well.” 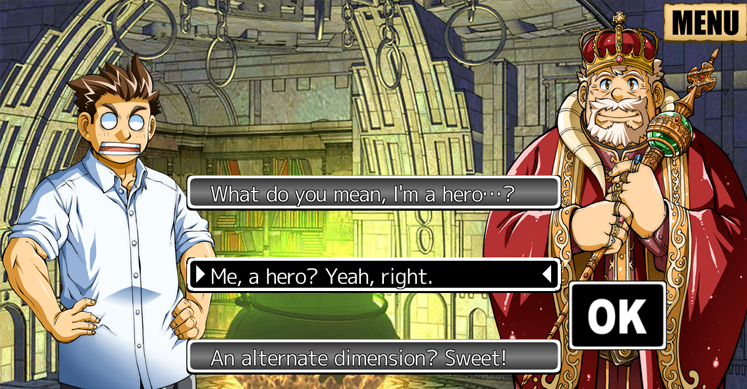 The game has the main character tasked with saving the world of Midearth from a demon king while “forming bonds and falling in love with characters such as a fierce horned ogre, a monk skilled in magic, a rough Adventurer’s Guild master, and a dragon in the form of a man.”

The game will be released on Android and iOS devices, but Lifewonders can’t promise that the game will make it past the censors in certain countries.

“We will strive to release the English version in as many countries as possible, but please keep in mind that if the the game is rejected by Apple or Google Play, it may not be sold on that country’s App Store or Google Play service. It may also be possible that even if you support the game, it can not be released in your country,” the developers warn. “In addition, certain elements of the game (such as illustrations and text) may be different depending on the store due to regional regulations.”