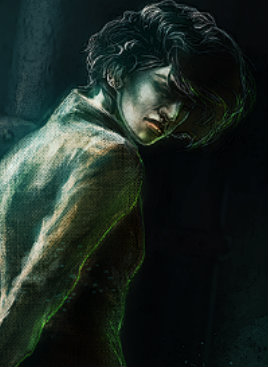 It’s impossible to shake that Portal feeling while playing through Guru Games’ Magnetic: Cage Closed, and while it is closely tied to Valve’s hit series, the interesting and innovative execution of magnetic forces carve a strong foothold in the first person physics puzzle genre for Magnetic: Cage Closed and feels more inspired rather than derivative throughout, taking everything that made the giant it stands atop so great and twisting it into a recognizably different game.

You control a death row inmate charged for crimes unknown sent to a government weapons testing facility. Using an experimental (seemingly) nonlethal weapon, the magnet gun, which uses varying degrees of magnetic forces to control the environment, several chambers must be solved with the promise of freedom at the end of your trials, but the test facility is hardly the easy way out. Each room is filled with increasing numbers of hazards, including flames, spikes and chlorine gas that impede escape.

Two voices accompany this quest for liberation — the militaristic warden and the analytical scientist — each presenting a specific style of chamber. The warden has reign over rooms that threaten the player with numerous traps and force the player to solve puzzles under pressure. He consistently bark insults and orders as treacherous obstacles are navigated through.

Meanwhile, the scientist offers up rooms that challenge the player’s morals. The first one tasked me with “whether or not I would press a button” and gave me 20 seconds to decide. Surrounding the button were test dummies in cages posing beside or on top of buttons, some cowering in fear, others triumphantly pressing their switches. I chose to press it, and seemingly nothing happened. I was still afraid of what my choice might have done elsewhere in the hellish facility. The choices never feel extremely emotionally heavy, but these rooms do break up the pace of what would otherwise be an extremely stressful game. 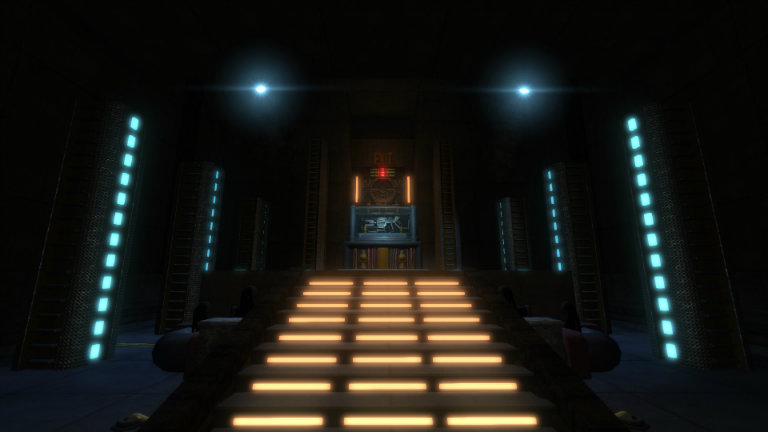 The greatest difference between Portal and Magnetic: Cage Closed are in each one’s theme. Where a portal gun is precise and predictable in its execution, magnetism is uncontrollable and chaotic. Valve’s test chambers were minimalistic, while Guru Games’ are bloated with excessive pitfalls and snares. Where GLaDOS feels wholly dominant, the warden and Karen feel like they are in constant conflict while trading off control. It’s the imprecise nature of the magnet gun at the core of the game that shapes everything surrounding it. If Portal was about precision and order, then Magnetic: Cage Closed is about chaos.

Magnetic: Cage Closed trades off the overarching endearing and cute feeling portrayed by Portal for unsettling and often disturbing one, but in the same way that Portal never explicitly pandered to its own humor, Magnetic: Cage Closed never forces the player to feel anything. It merely presents them with situations conducive to those feelings. The emotions you feel are wholly yours, and at no point do they feel forced by the developers. When you’re disgusted, scared, or you just feel that stomach churning doubt, it’s not Guru Games forcing it down your throat — you’re really feeling it for yourself.

For example, I found myself feeling an almost Pavlovian level of servitude over the course of a long play session. Players are ferried between levels by transit modules made from repurposed garbage containers. They are barren except for exits on both sides. Before opening, a green light comes on above the appropriate door while a buzzer sounds. Every time, I would approach the door and patiently wait for it to open to the cramped transitional room between the module and the next hazard ridden room. Every. Time. 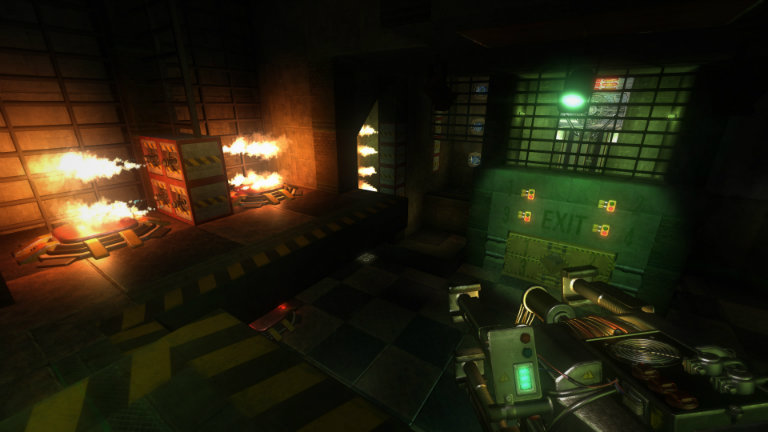 Once inside the chambers, the game is fairly standard as far as puzzle platformers go. Most solutions amount to moving a series of boxes to a series of switches, but it’s how you go about it that’s so intriguing.

The magnet gun has three settings, each one increasing the magnet’s power, and while I spent the vast majority of my time with the gun on its highest power level, there were a few triumphant moments in which quickly switching to a lower one saved my skin. Its primary purpose is to push and pull cubes and platforms around the level, but as the game progresses, you’ll be performing more acrobatic feats, such as propelling yourself across entire stages using charged platforms.

You can never be sure of your footing, though. As per Newton’s third law of motion, the force applied to boxes is also applied to the player. Pushing a box forward will push the test subject backwards, and vice versa, which resulted in more than a few embarrassing deaths when traversing hazardous test chambers. There’s nothing more shameful than jumping over spikes, dodging fire, and juking electricity only to be killed by an equal and opposite action-reaction pair. Quick load times paired with short levels made the deaths more motivational and less frustrating. 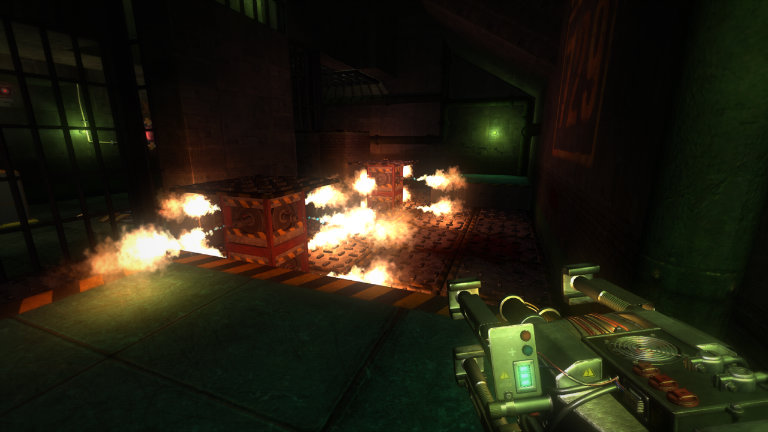 The magnet gun’s negative force can pull far away boxes, greatly speeding up the process of acquiring the objects to complete puzzles. Where many other first person physics puzzlers have you running back and forth around a room to gather that one crucial piece to find your solution, Magnetic: Cage Closed allows you to gather up resources basically as long as they are in view.

Holding cubes, which sometimes had to be accurately tossed into buttons on walls, became an annoyance. When held, boxes take up about a quarter of the screen, usually blocking the view of the switch you’re trying to hit, making some tosses that would be simple into bothersome tests of trial and error.

Rooms increasingly become both larger and densely packed with traps and puzzle elements, taking up space in the already claustrophobic chambers. Levels rapidly move from open spaces with obvious goals to minefields that extend from wall to wall and floor to ceiling.

Magnetic: Cage Closed does have some options open up upon completion, but they don’t give much incentive in the way of replayability. There’s a time trial, allowing you to compete against your old scores, but there are no online leaderboards so they don’t really give much reason to actively pursue that number one rank. There are also some insanely difficult challenge levels, but the lack of online leaderboards make completing them feel empty. The real replayability comes in the form of multiple endings, which are shaped by choices made throughout the entire game. 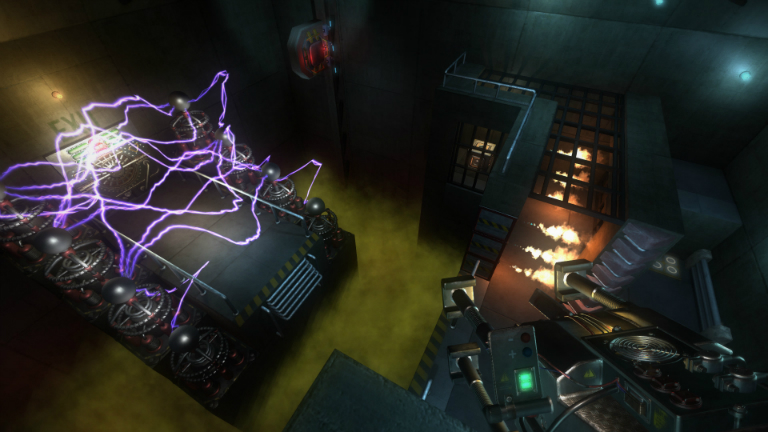 The many unique twists of Magnetic: Cage Closed do so much to set it apart from the other first person physics puzzlers that have tried to dethrone the genre mainstay. Its carefully constructed puzzles, accompanied by clever world building, make it intriguing and sophisticated, but never to the point of pretention. Guru Games has managed to create a universe that can be unsettling, but never gets in the way of the fun of propelling yourself around a spike, fire and chlorine gas filled room. By the end Magnetic: Cage Closed, you can forget portals; you’ll be thinking with magnets.