XSEED has been known to cryptically tease upcoming announcements, but their latest one is by far the weirdest yet. The localization studio took to Facebook today to post an image of a can of Raid (the bug poison) spraying out a series of skulls — one of which is playing the trumpet — all over a trippy colored background.

It should be noted that “SATA” has seemingly been photoshopped over the word “Raid.” Considering both are computer components and the skulls are akin to Corpse Party, it seems most likely at this point that the announcement will be Corpse Party coming to PC.

Whatever it is, XSEED will spill the beans (or skulls) tomorrow.

Check out the image below: 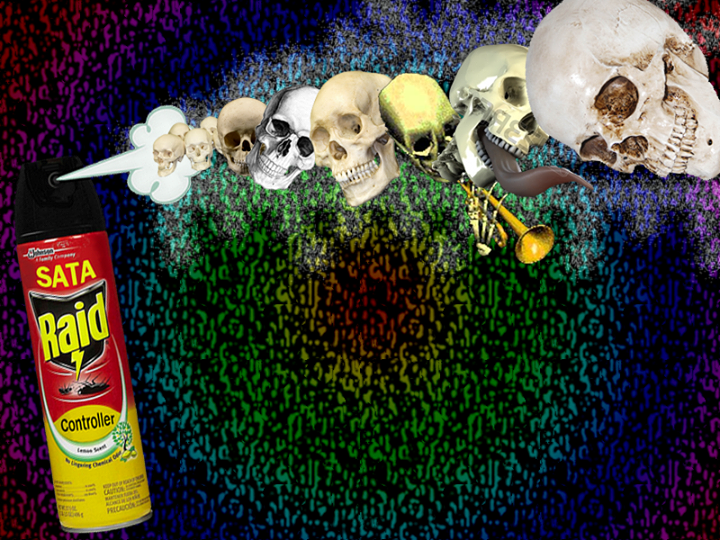