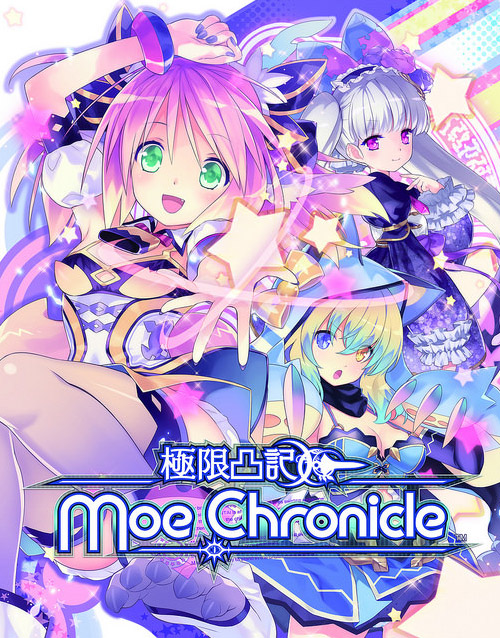 Compile Heart’s Monster Monpiece received a lot of flack when it launched in the U.S. last year. There was the side who opposed the outrageous degree of fanservice on display and then there was the side angry due to the censoring of a handful of cards by Idea Factory International. Once you actually got past all the anime flesh, though, the underlying card battle system was immensely enjoyable. The next game in this series is Genkai Tokki Moero Chronicle (also known as Moe Chronicle) which up to this point is still not announced for a western release. Thanks to an increasing trend within Asian territories, however, more games such as this are getting an English language option included. As such, this is a review of the Asian territory version of Moe Chronicle provided to us by Play-Asia.com.

Despite being within the same “Genkai” series of games, however, Moe Chronicle shares only one main similarity with Monster Monpiece: hefty fanservice. Gone is the strategic card gameplay and in its place is a far more standard style of first-person dungeon crawling. The storyline also stars a brand new protagonist named Io. Teenage Io has a bit of a problem; he can’t stop thinking about perverted things and viewing nearly every woman he sees as an object of sexual desire. Also part of his unique character is a complete lack of interest in things heroes typically care about (saving the world, etc). Because he’s a complete homebody, his hometown eventually forces him to go on an adventure so as to get Io out of their hair.

This adventure isn’t a total waste of time, though. As typical of the genre, it’s a “save the world” mission — with a few twists. You see, Moe Chronicle’s world is inhabited by monster girls. In fact, Io’s best friend is a monster girl. Something has shifted, however, causing the majority of these women to go wild and attack humans. Io’s task is to enter the monstrous region and discover the source of the problem and reverse it before monsters such as his buddy turn against the local townsfolk too. It’s a neat little premise, although not completely fresh and also gets pushed to the sideline as fanservice takes center stage. 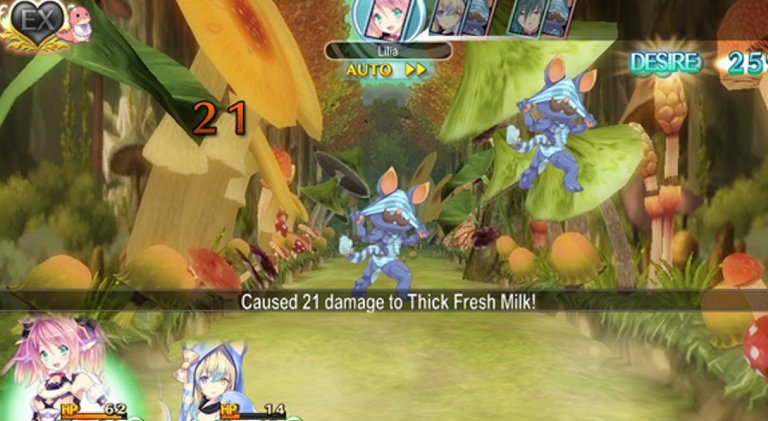 Before we get to the more famous aspects of Moe Chronicle, though, the gameplay requires more discussion. Those who’ve played a dungeon crawler before basically know what to expect. The player walks in first-person through a 3D landscape, getting tossed into random battles, discovering treasure chests and the like along the way. Most battles are against non-monster girl enemies and aren’t particularly challenging even on the higher difficulty setting. As such, as long as you’re leveled enough, the best tactic is to set the game on auto battle and fast forward through everything.

Monster girl battles, however, do require more attention. For fanservice reasons, instead of just fighting them like every other creature, you must actually wear down the health meters on their clothes to tear them off. After that you enter into a special rub mode taken straight from Monster Monpiece. At this point you turn the Vita vertically and search for “sensitive” spots on the monster girl image. Once enough are discovered you must then frantically rub the Vita up and down and capture her. This was never a great part of the previous game because it is both cumbersome and even a bit painful to continue this “extreme rubbing” of the Vita in order to collect more teammates. 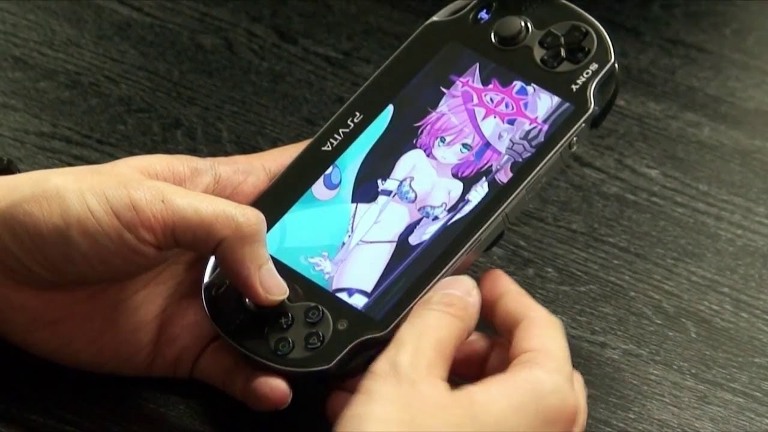 One aspect that turned out better than expected is the English text translation. Unlike some absolutely horrendous translations on Vita (see Sword Art Online: Hollow Fragment) this one actually feels like it was written with care. No, the script is not as good as something we would see from a publisher with well-established localizing team such as Atlus or XSEED Games, but it definitely is serviceable. Some of the jokes feel weird and every so often the writing is unclear, but most of the time you know what’s going on. Of course, the storyline really isn’t the focus anyway, though the amusing situations are nice little diversions from the droll dungeon-crawling aspect.

The actual quality of Moe Chronicle beyond its shiny, well-drawn anime monster girls is lacking in more ways than just gameplay. Compile Heart is known for releasing a heck of a lot of games, and as such, aren’t necessarily going wild with the budget on each one. You’ll quickly realize that this game also follows in that trend by offering incredibly low-budget visuals in basically every other way. Dungeon visuals are completely drab, regular monsters are whatever, sound effects are poor and even special effects look as if they’d be at home on an early PS2 game. At least there is voice acting, but of course that is left in Japanese. 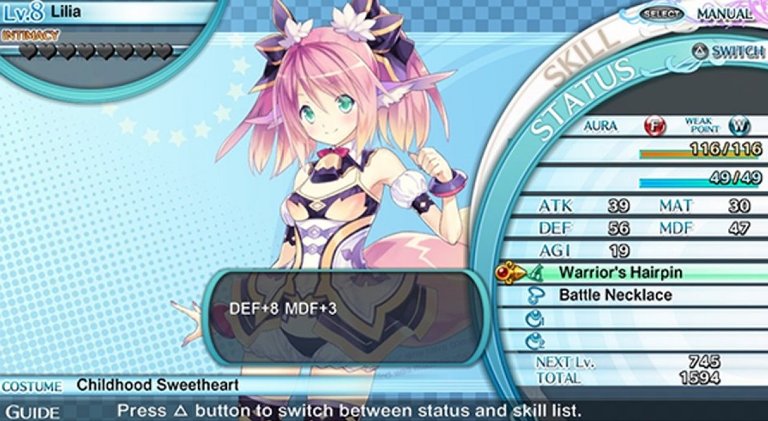 Moe Chronicle presents a quandary for potential players. Gameplay is too easy for hardcore dungeon crawler fans, while those coming only for the fanservice might find it stale for its genre. There’s no doubt that the fanservice aspect is meant to be the main (and perhaps only) motivator to play, but even then, being constantly presented with women in suggestive poses and outfits loses its appeal over 30 hours or more of playtime. Stick with Monster Monpiece or any of the other fanservice-obsessed games currently available on Vita, as many offer compelling gameplay to go along with it. In the case of Moe Chronicle, it’s just a ho-hum gameplay experience hoping to lure in naughty players.