Publisher Konami has announced today that Pro Evolution Soccer 2016 is scheduled for release in North America on September 15 and September 17 in Europe. 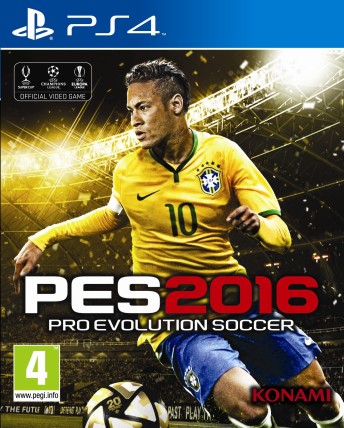 PES 2016 will be coming to PlayStation 4, Xbox One, PC, PlayStation 3 and Xbox 360, with Konami adding that more info on this year’s football title will be revealed next week at E3.

“From its humble origins on PS1, the PES series has leaped from format to format, adding ever more realism as it evolved,” Konami said in a press release.

“This heritage has been celebrated in PES 2016’s new tagline ‘Love The Past, Play The Future’, highlighting the series’ recent return to core PES values in last year’s PES 2015 and focusing on the many new gameplay and presentational elements that will further establish the series as the definitive football experience.”

PES 2016 has been improved in several areas, including the AI, defending, goal celebrations and aerial strength. Additionally, the title will have a new dynamic weather system, upgraded visuals, new ball physics and a complete overhaul of the Master League mode.

The PES franchise, which is celebrating its 20th anniversary, will once again have exclusive licensing rights to the UEFA Champions League and Europa League competitions, as Konami extended its partnership with UEFA in a new three-year deal yesterday.

Following the announcement earlier this week that Barcelona’s Neymar Jr. will be the cover star of PES 2016, Konami has revealed the different pre-order bonuses for three versions of PES 2016: Day One Edition, Anniversary Edition and Digital Edition.

Check out the exclusive content for all three editions of PES 2016 below:

“PES 2016 will be the best game in the series,” says Erik Bladinieres, European brand director of football for Konami. “This is solely due to the passionate feedback and support from our users and the community, which helped us get back to the core of what PES is.

“We truly believe with PES 2016 we will continue to celebrate the history of PES and everything it stands for, and create a new level of quality that has never been reached by any football game. Here’s to another 20 years!”