Pro Evolution Soccer used to be the soccer franchise on the block, there was simply no getting around it: nothing compared. But eventually, as all giants do, PES stagnated and eventually stumbled, allowing Electronic Arts the perfect opportunity to push its FIFA series into the top spot. But like the sport these games are based on, there’s a real ebb and flow, and with Pro Evolution Soccer 2015 proving that the series could still deliver, developer Konami is looking to take back the crown this year.

Konami wants to win back the respect of soccer fans both hardcore and casual everywhere with PES 2016, so the company is being extremely open about the failings of previous years—even last year’s solid entry. The game’s developers openly criticize the modes in last year’s game as “really poor,” promising to completely redo fan favorites like Master League. In the revamped mode, Konami wants you to really “live the life” of a team manager. You’ll see cutscenes between matches as your manager signs deals, moves clubs, goes to press conferences, etc. To get a sense of what really went on in your team’s matches, the game will give you a live feed of the match in your main menu and deliver a press report of the results afterward. Konami is recognizing here that while multiplayer is important to many fans, single-player is often just as important to many others, and the developers are aiming to deliver on that front. 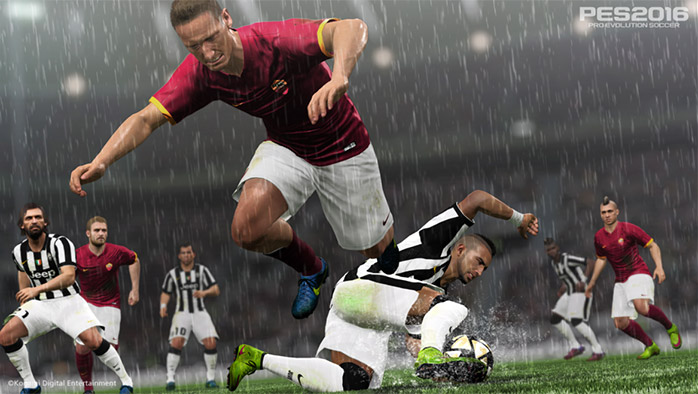 Still, the most important aspect of any soccer game is of course going to be the fundamentals, and that’s where PES 2016 is improving the most. Last year’s game was all about catching up with EA’s FIFA series and getting up to speed on the new consoles with Konami’s in-house FOX engine (which you might recognize from Metal Gear Solid V: Ground Zeroes and P.T.), but this year is all about pushing things forward. The FOX engine makes PES 2016 really pretty, the developers say, but they’re still using the popular Havoc engine to make the game’s physics as realistic as possible. A lot of work has been done to improve general response times, and there’s a completely new collision engine at work to make sure every player interaction feels freeform and true-to-life. Animations won’t be locked, instead appearing more fluid, and the camera will pan and tilt based on ball position to deliver a more dynamic experience. That’s a new system that won’t just make the game look more realistic, but it’ll feel more realistic, too; player size will now matter much more during battles for an airborne ball, for instance.

In addition, players used to manually activating runners and through balls will notice dramatically improved “intelligent player AI.” Other players on the field will react to you much better than ever before, and if you’re paying attention while watching demos of PES 2016, you can see AI players engaging in realistic behavior like moving away from challenges. The developers hope that players’ in the FIFA camp will give PES 2016 a shot and really appreciate the improvements they’ve made to the core gameplay, so they say they’re working with Sony really closely and want to get a free demo into players’ hands. 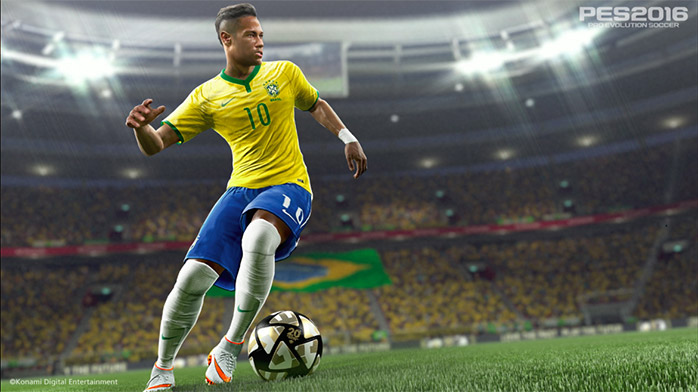 With an incredible war chest of cash available, EA has always been able to throw its weight around to lock up exclusive licenses that can adversely affect other sports games. “Don’t worry,” says Konami’s Adam Bhatti, “there’s no bad news coming, only good news coming.” He confirms that Konami has signed a three-year license extension with UEFA and promises that there will be more to announce by Gamescom in August. FIFA 2016 managed to license 12 women’s national teams, a first for any soccer game and a fantastic move toward inclusion in games. Bhatti mentions that he doesn’t think it’s an exclusive license, so if fans want it, future games in the PES franchise could feature similar inclusion.

Konami recognizes that making a solid game last year isn’t enough to solidify a spot on the market and is keen to win back the respect of players by delivering an excellent product with Pro Evolution Soccer 2016. Whether or not they’ll manage to do it, we’ll see. The game releases on September 15, beating FIFA 2016 to the pitch.