To celebrate Mario’s 30th anniversary, Nintendo gave fans something they didn’t even know they wanted. The ability to create Mario courses essentially dubbing every fan a designer.

Super Mario Maker, formerly known as simply Mario Maker, gives fans control of one of the most iconic characters in gaming by allowing to them fully recreate Mario courses with their own added flair of difficulty, or simply to create whatever they want in the Mario Universe. At your disposal are four Mario types from Super Mario Bros., Super Mario Bros. 3, Super Mario World and New Super Mario Bros. U. These types completely change the appearance of Mario and the enemies to that game’s style. Unfortunately you can’t combine them, so whatever you choose will be the same for every area, but you can change the theme of the course. 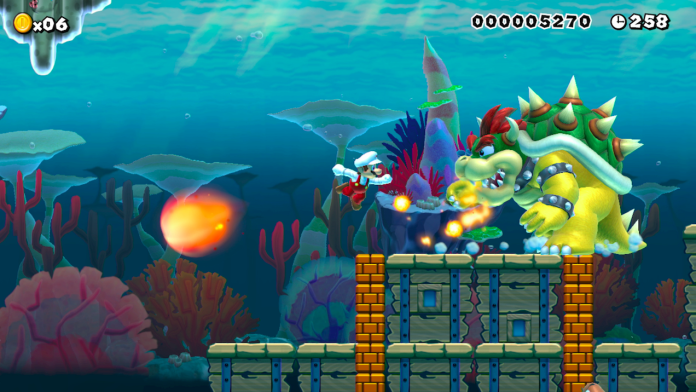 Themes are completely different and will act as the backdrop of whatever area you’re in. There are quite a few themes at your disposal as well. You can use the usual entry Ground theme, Ghost House, Castle, Water, Underground, Lava World, Ice World and more. Themes can be changed whenever you go through a door, down a pipe or exit the current course in any way.

As far as customizing a stage goes, there are a ridiculous numbers of options available. You can choose just about any enemy that’s been in the particular game you’re working with. Put them inside blocks, pipes, add mushrooms to them to make them bigger, link enemies together; the possibilities just go on forever. As an added flair, you’ll also be able to play as other Nintendo characters. In the demo that was shown, hidden in a mystery box at the beginning of the stage, was a mushroom gave Mario the appearance of Link. Ali Rapp, Product Marketing Specialist at Nintendo and demo presenter, also said that Wii Fit Trainer and Isabel are also available among other characters, and that there will even be Amiibo support for creators. 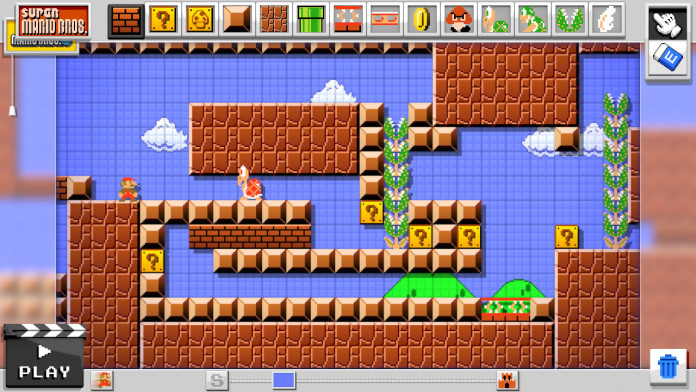 If creating isn’t your thing and you just want to test your Mario abilities you can sort all the courses by difficulty, location, and time period allowing you to fully enjoy the fan created content available. There are also tabs available under the courses menu allowing you to sort by what’s featured, star ranking and the up and coming courses. Clicking on a course allows you to preview it and see other player’s success rate on it. You can even leave comments on someone’s course while you’re playing it. Of course this could be used to troll other players much like Dark Souls messages, so it’s a feature you can toggle on and off if you don’t want to see them.

Super Mario Maker is presented as fun for all Mario fans of any age and will be available September 11 only on Wii U.