Welcome to the year 2205. Let’s catch you up on where the world has gone since last we met, in 2070. Global warming has been dealt with and solved. Earth is stable and thriving, in fact. We’re really on quite the up-swing lately. But things could always be better, and that’s where we turn to you. It’s time to go beyond Earth. Let’s go to the Moon.

That’s where the world of Anno 2205, the latest entry in the real-time strategy franchise, picks up, and it puts you in charge of pushing humanity forward. You need to get to the Moon, build space colonies, and mine resources. But according to developer Ubisoft, getting to the Moon is only half the battle. Ubisoft’s Dirk Riegert isn’t talking too much about the game’s story right now, but says you’ll play as an underdog corporation invited to join the “Luna Licensing Program” and establish a colony on the Moon. Once you’re there, Riegert says, not only will you contend with the natural elements and the struggle to become self-sustainable, you’ll encounter fierce competition from other hostile corporations looking to monopolize. There will be “evil guys” and you’ll eventually be able to save the world if you succeed in your mission, but it’ll be a tough road. 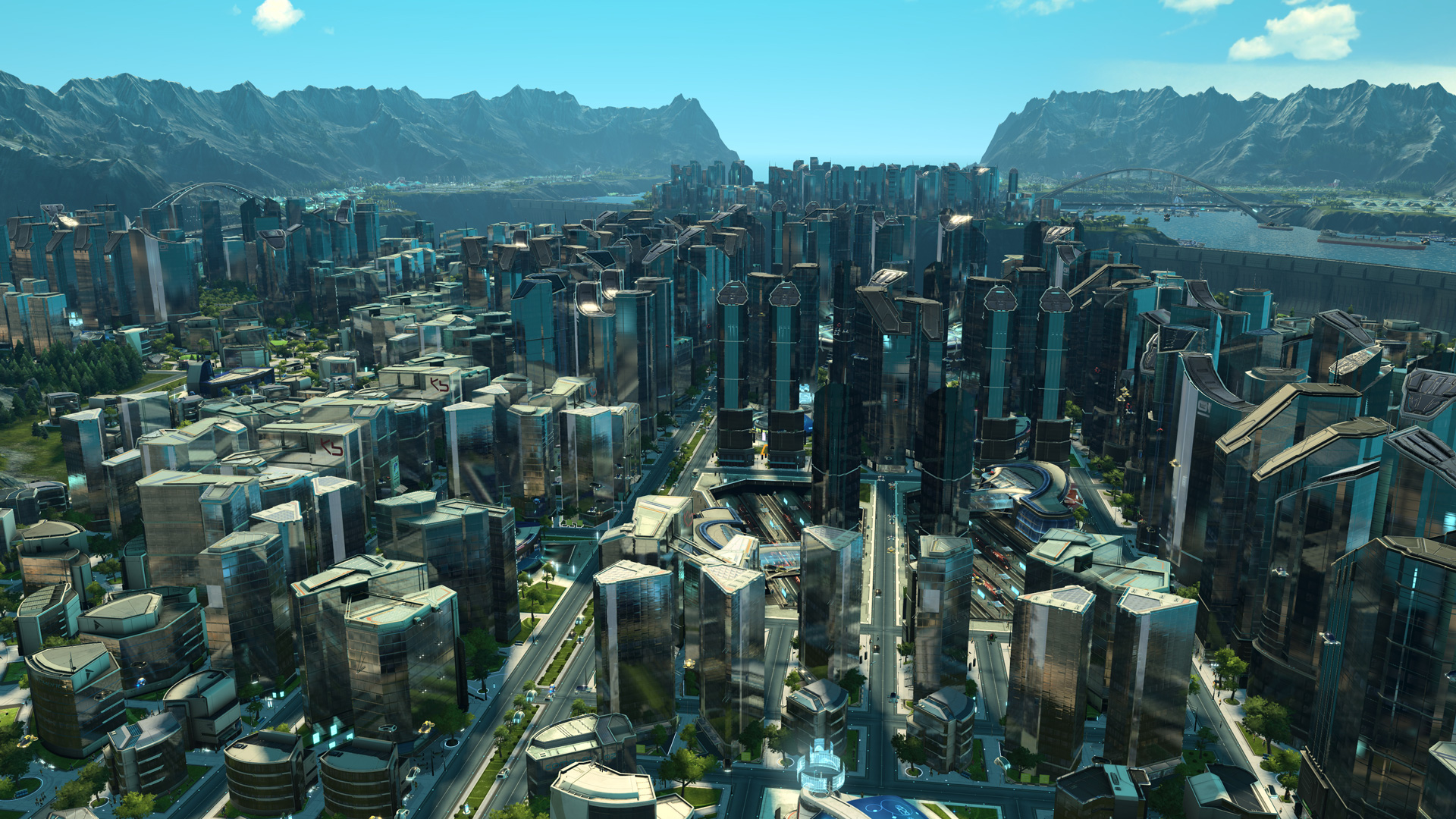 There’s a huge economic aspect of Anno 2205, and Riegert stresses that the game is ultimately about caring. Your people have needs you’ll need to care to meet if you want to win—the happier your people, the more money they’ll give you. You’re going to need to really pay attention to your infrastructure system “to earn your way up to the Moon,” Riegert said. There’s much more to it than simply building a rocket and waving goodbye. You’ll be designing big futuristic cities that look straight out of Killzone: Shadow Fall, and you’ll need to properly support them by building water distillation facilities, setting up trade routes, mining raw materials to use for manufacturing, etc. Every time you manage to level up your population, their needs get a little more intense, so you need to be able to scale up with them. It’s up to the player to choose what kind of cities they want to build, what aspects they want to prioritize, and ultimately find their own paths to the Moon.

The real meat of the game is in finally reaching the Moon, and players expecting an easy ride once there will need to step it up to survive the cutthroat environment. Politics get rough and a new corporation isn’t exactly welcome; everyone wants a slice of the Moon, and you’re in the way. Moon colonies can be a more hostile environment than Earth cities. When you build on the Moon, you’re going to need to work hard to care for it; for instance, you’ll need to protect your structures from incoming asteroids by setting up shield generators. Your people will get radiation poisoning in their work, so you’ll need to build a good medical center. Expect it to be very expensive to set up your Moon colony, but the costs will become more reasonable after that, and you’re able to offset some of that cost in different ways, like setting up hotels for Earth’s upper class to use as tourism spots. One of the big reasons to be on the Moon is helium-3, an element you’ll be able to use for fusion energy. You can transmit energy from the Moon to the Earth, so you’ll develop a symbiotic relationship there between your colonies and cities. With support from the Moon, you can build truly massive cities back on Earth.

It’s hard to tell whether Ubisoft’s vision will lead to a better game though. Whereas 2070 had a message, a commentary about our current society, 2205 seems a little disconnected. Hopefully we’ll see more of the game before it launches on PC on November 3, 2015.