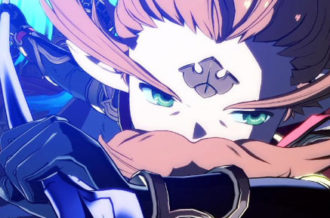 Life Is Strange co-director Michel Koch has revealed that the fourth episode, titled ‘Dark Room,’ will be released within the same eight-week time frame set between each episode in Dontnod Entertainment’s title.

Speaking to GameSpot and Kinda Funny at E3, Koch said that while there isn’t an exact release date for Episode 4: Dark Room, the development team is in the process of “finishing the episode.”

“So we don’t have a firm release date, no,” he said. “We’re finishing the episode and it should be the same [release] window of eight weeks between each episode, but we should say when it’s done that it shouldn’t be too long.”

Koch was also asked about whether the two remaining episodes in the five-part series would be available before the end of 2015, in which the Life Is Strange co-director reiterated his comment about each episode meeting its eight-week release window.

“Yes, we’re still aiming to keep this eight-week window between each episode, so you can make the approximate count with that,” Koch explained.

Joining Koch at the interview was Ashly Burch, the voice of Chloe Price in Life Is Strange, who offered a quick update on how much of the role she has completed.

“We just finished recording Episode 4, but I haven’t started Episode 5 yet,” she said. “Yeah, I’m not sure what happens in Episode 5.”

Life Is Strange launched in January 2015 with the release of Episode 1: Chrysalis, which was then followed up with Episode 2: Out of Time in March and Episode 3: Chaos Theory in May.

Life Is Strange Episode 4: Dark Room will be heading to PlayStation 4, Xbox One, Xbox 360, PlayStation 3 and PC sometime next month.

Learn more about Life Is Strange in Hardcore Gamer’s reviews of Episode 1: Chrysalis, Episode 2: Out of Time and Episode 3: Chaos Theory.