As with most PSP owners back in 2011, I had no idea what to expect from Corpse Party. The horror game with RPG Maker visuals didn’t seem like it would manage to be frightening in the least — but it was. The excellent storytelling, grisly deaths (described without visuals to let your mind do the work) and binaural audio ensured that this was one of the creepiest games out there, and no doubt the scariest on Sony’s handheld. Later on we received Corpse Party: Book of Memories, also on PSP, but now it’s finally time for a Vita release. Corpse Party: Blood Drive follows after the last title, although new players should be able to get into the groove without being previous fans.

The most obvious difference for existing fans is that Corpse Party: Blood Drive has done away with its pixelated, retro RPG-style graphics for cute 3D chibi characters. It’s not as if the art style of the previous titles was in and of itself frightening, but at first blush it really feels like this release has made it even harder to stress players out. After all, even if horrible things are happening to these kids, it’s tougher to make that an effective moment given the cutesy presentation. At least, that was my assumption going in. It certainly doesn’t help that the designs themselves don’t feel particularly imaginative, making the jump from 2D art to 3D models seem unnecessary. 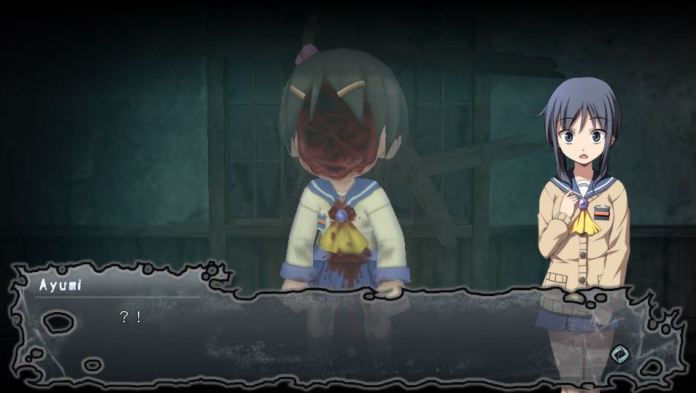 Of course, that all changes once you jump into the world of Corpse Party: Blood Drive (preferably with a pair of headphones). Given the ridiculous noise levels of E3 this was not something I could even check out, but there is confirmation that the series’ trademark usage of binaural audio is returning. For the uninitiated, this is a method of recording sound which gives a very powerful surround sound style effect for headphone devices. Audio is a huge portion of the gameplay experience, especially when players confront someone’s grisly death. You can bet you’ll hear every squelch, scream, and crunch in excruciating detail.

Although the character visuals don’t particularly inspire me, the backdrop of the haunted school seems to fare much better. There’s a really lovely lighting system in effect making every corridor perfectly dark and creepy. In the demo area there were also tons of red blobs on the ground which were of indeterminate origin. Were they human beings reduced to pulpy redness? I have no clue, but that’s where my mind took it, and that made things all the creepier. Honestly, that’s where Corpse Party: Blood Drive excels. It offers ample opportunities for players to scare themselves. That’s not to say the game won’t do a good job of that with moments that are outright panic-inducing. 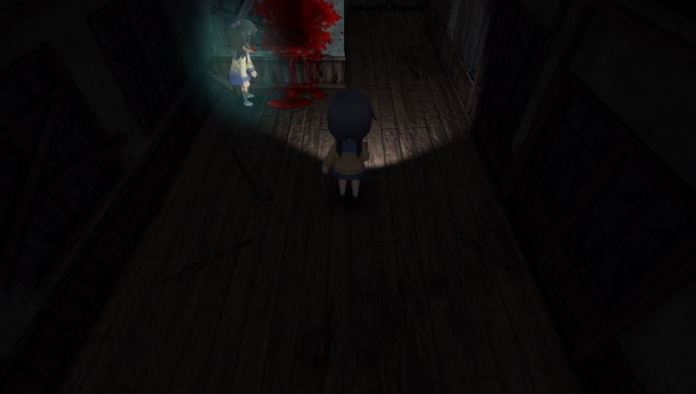 As with some other horror games out there, you may find yourself in the sights of truly cruel enemies. None of the characters can fight back so their best bet is to run and hide. Running is great except when the protagonist tires and slows down. Definitely keep track of it! With that said, there’s a cruel level of difficulty in the game. If an apparition spots you going into a hiding spot then they are smart enough to pull you right out of it. Also worth noting is the fact that this time around getting scared will have psychological effects on characters. Things might change if they get scared enough!

Corpse Party: Blood Drive is a departure from the series in regards to visuals, but the core horror themes remain intact. The few tweaks to the formula appear to be smart changes which won’t deter from the overall impact, either. Everyone will be able to get their hands on it when the game launches this October.