Ever since Demon’s Souls and Dark Souls hit the scene, we’ve heard of other games attempting to create experiences in the same vein. A few have come via large studios, while many others have been borne of much smaller teams. Eitr is the latest in this genre expansion, and perhaps by one of the smallest teams yet. Developer Eneme Entertainment might just be composed of two members, but that doesn’t mean they are unable to crank out a seriously challenging and in-depth game. Eitr is still deep in development but it already shows a great deal of promise. 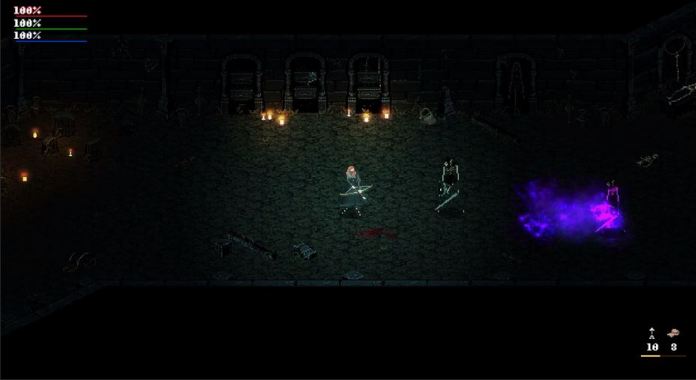 Eitr is an action RPG with a bit of Diablo charm as well. Viewed from an isometric perspective, players jump into the shoes of the Shield Maiden. Her destiny was demolished with the Norse god Loki decided to screw things up because he could. So, players need to help restore her destiny, though it’s going to prove quite the challenge to do so. There’s tons of enemies to come across and every battle requires effort, a fair bit more than Diablo’s repetitive clicking to be sure. You see, timing and positioning are integral to staying alive for very long at all just like in a Souls game.

Players must also account for stamina as they fight. Whether they’re engaged in close range battle with the Shield Maiden’s sword or long range with her bow, that stamina is ticking right down. That’s when buffs come in handy! In another Souls style move, you gain “Favor” rather than experience for defeating enemies. Favor is something which can be applied to your character or you can choose to hold onto them. Doing the latter, and then dying with unused Favor, results in losing all of it, however. Yup, just like Souls. Whether players wish to gain stat bonuses or safely expend Favor is up to them. 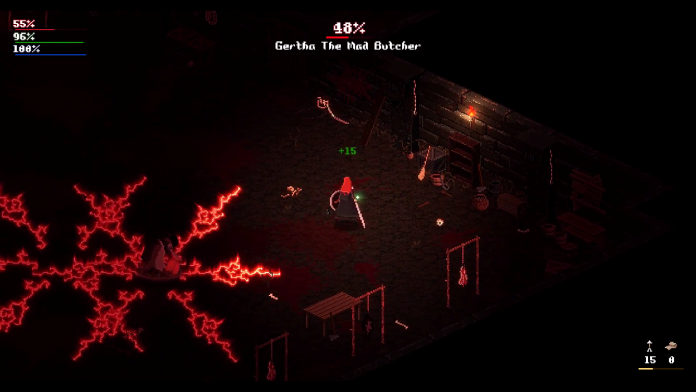 Given the Norse storyline, action and enemies in Eitr also follow along this thematic line. There may be vikings to fight along the path, as well as more magical beings such as meandering skeletons. All of this is depicted with lovely pixel art. Instead of pushing toward authentic 8 or 16-bit styling, it goes a more stylistic route. Characters are lanky-limbed and tall like an IntelliVision-depicted human, but fleshed out with far more color and pixels. The end result is something which has flowing animation, bright flourishes, and surprising detail on enemies and landscapes.

It’s incredible to see teams (especially small ones such as this developer) crafting experiences that look poised to be as engaging as massive games. With that said, it’s the powerful current making its way through the indie game scene right now. Eitr is poised to completely subvert expectations by appearing as “just another indie title” until people play it. Yes, there are still things to work out, but it’s still at least a year away from launch. Be sure to keep an eye out in 2016 for Eitr when it lands on PC and PS4.