Earth Defense Force is a series I’ve kept an eye on since its birth on the PS2. You see, there was just something extremely curious about this “Simple Series” title. For those who are unaware, this label was used by D3 Publisher on their budget video games in Japan. There were hundreds of games constantly pumped out under this label, most of which were never heard of again. Earth Defense Force was, however, a valuable idea worth far more than its budget labeling. After all, killing giant bugs in game format is something that just seems to stimulate gamers of all types. XSEED has players covered with Earth Defense Force 2: Invaders from Planet Space as the latest in the series to come to North America. 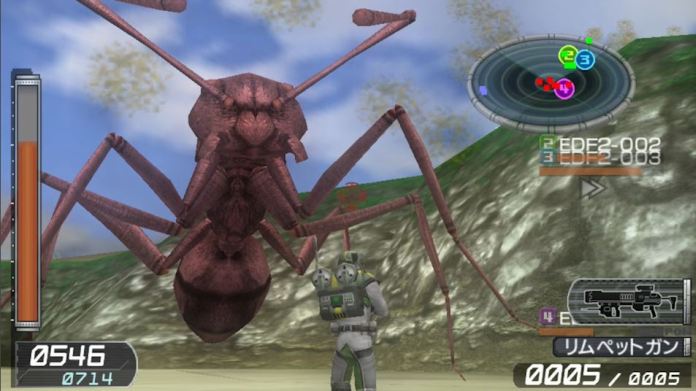 Funnily enough, it’s actually a remake of Earth Defense Force 2, which previously never released in these parts. It did release in Europe though, so you might instead recognize it by the name Global Defence Force 2. For fans of the series in the west, it’ll be the first time they’ve officially be able to see what exactly the series was like before its Xbox 360 debut with Earth Defense Force 2017. In any case, this redone PS2 title looks right at home on the Vita. It manages to not look “retro” primarily because of its wacky, wonderful enemies and explosions. Perhaps another reason it feels attuned to the handheld platform is because the game previously saw a Japan-exclusive PSP port as well.

Earth Defense Force 2: Invaders from Planet Space enlists players as one of three factions with the task of destroying every alien insect they see. Simple enough. Played from a third person perspective, you’re able to gun down hordes of bugs with a variety of weapons and vehicles. Heck, there’s even a jetpack to help you take the fight to the skies, or at least maneuver out of a sticky situation. Once the insects set their sights on you, it’s hard to get away without killing every last one. It may surprise folks just how many creatures appear on screen at any one time. Even when you think you’ve gotten them all, it’d be smart to check around to ensure a new group hasn’t come around the corner. 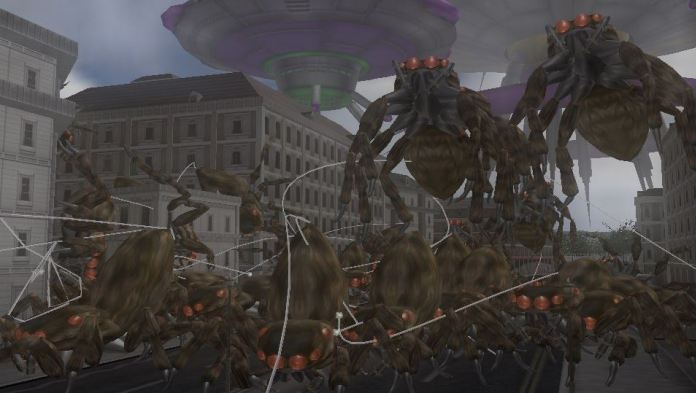 Although it may have taken years for U.S.-based fans to experience the second game in a now much-loved franchise, Earth Defense Force 2: Invaders from Planet Space is most assuredly the definitive release. Changes include up to four player online co-op which sounds like a great way to make warring against insects even more enjoyable. There’s also a brand new class by the name of the Air Raider which should appeal to existing fans as it gives them a new way to play. Finally, new English voice overs are also included. The new features were overseen by the original developers so there’s no need to worry about their authenticity.

All in all, Earth Defense Force 2: Invaders from Planet Space looks to be a fun release on Vita for existing franchise fans as well as folks looking to get into the world of Earth Defense Force. It may be simple, and may not be the prettiest Vita title out there, but there’s a simple joy about saving fictional Earth from rampaging space bugs. Hopefully gamers will see what I mean when the game launches in both retail and digital formats for Vita this fall.