Master of Orion isn’t exactly the first thing to spring to mind when one thinks of Wargaming. That’s because the company has spent the last half of the decade focusing exclusively on their free-to-play “World of” series forgoing any sort of premium priced product. While this might seem like an odd property for the company to develop at first glance, it’s acquisition should come as no surprise to those who are familiar with Wargaming CEO Victor Kislyi. Kislyi has regularly credited with the game influencing his career in the game industry, so he jumped at the opportunity to purchase the IP when it came up for auction during the Atari bankruptcy proceedings. So know going into this that Wargaming doesn’t want to make this their next big F2P title, but instead are simply incubating and reviving the series as a labor of love and present to fans of the original game as well as a new generation yet to experience the joys of MOO.

Master of Orion originally debuted in 1993 for MS-DOS and Mac OS and saw two sequels released, but the series has been dormant for over twelve years. Orion was the first space turn-based strategy game and coined the genre and term “4X.” Instead of following the series up with a long-overdue sequel, Wargaming is instead rebooting the original (and most beloved) game. Fear not, faithful MS DOS fans, as the company has strived to stay faithful to the roots of the game whilst updating it to today’s standards in the necessary areas, redoing the graphics including 3D modeled characters. 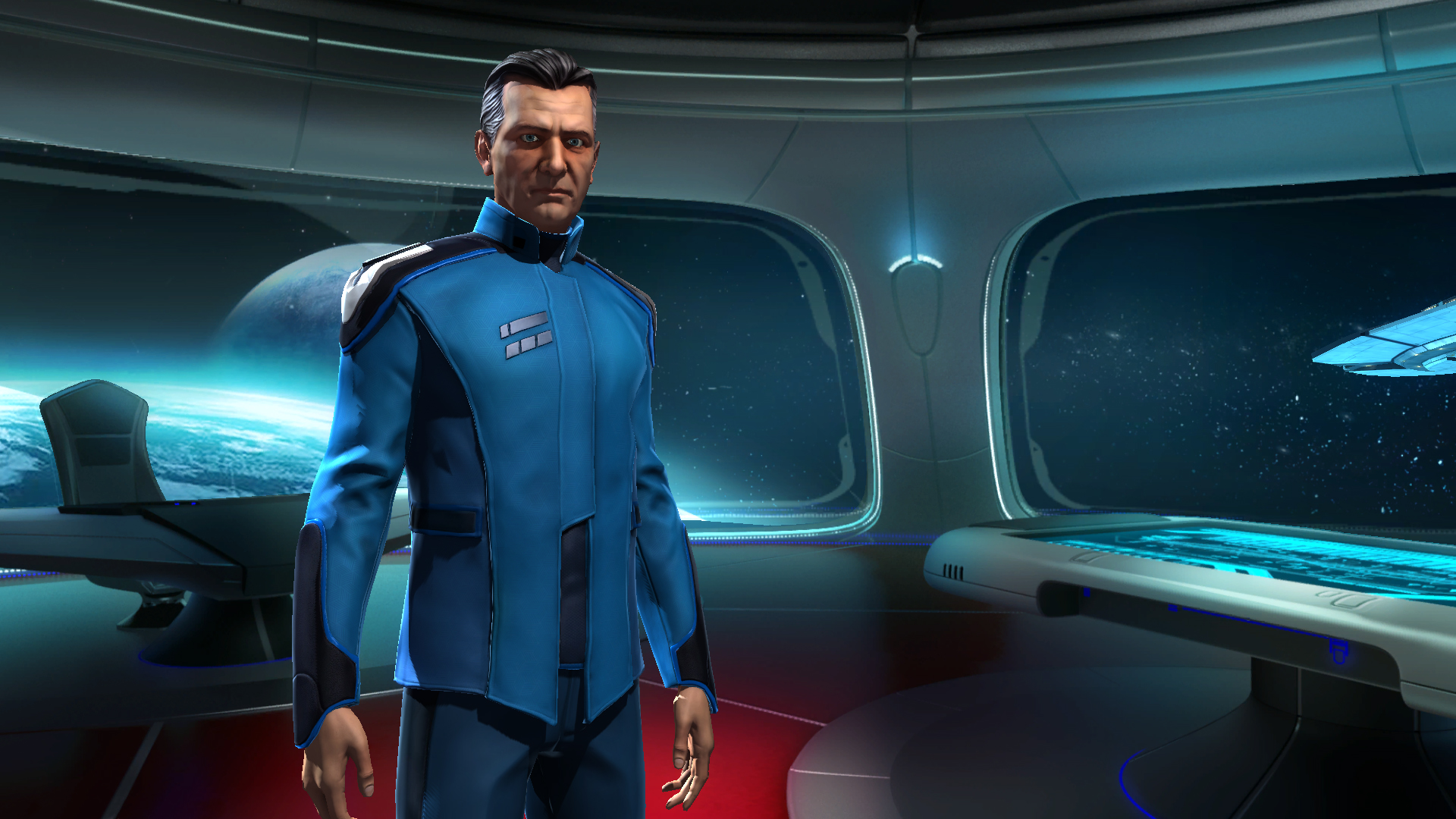 The game opens up with a cinematic explaining whichever race is chosen. Players receive an advisor as part of their race who, naturally, offers advice when special events happen. He’s crucial to the experience as something incredibly important could happen when you’re on the other side of the galaxy and he’ll let you know so that you can immediately tend to it if you so desire.

Every galaxy size and age is defined by the player just like the original. In the old game, players tracked their progress by building their own spreadsheets and even launched websites to catalog stats publicly. Thankfully, that won’t be a requirement to dive deep into the game anymore, as Wargaming is including all the necessary tools to keep track of them in-game.

More still, Master of Orion will now have five paths to victory. The original only had two strong ones — Economic and Conquest — with the weak “Diplomatic” path rounding out the options. Diplomatic is now a complete victory path and joining the original classes alongside the newly added Technology and Excellence paths. Excellence is an interesting option as it takes a “Survivor” type approach to winning the game. As soon as you’ve met all of the different races, a galactic council is formed who will vote for the supreme being. If you get voted in, you win the game, but that’ll only happen if you don’t piss anybody off throughout your adventure. 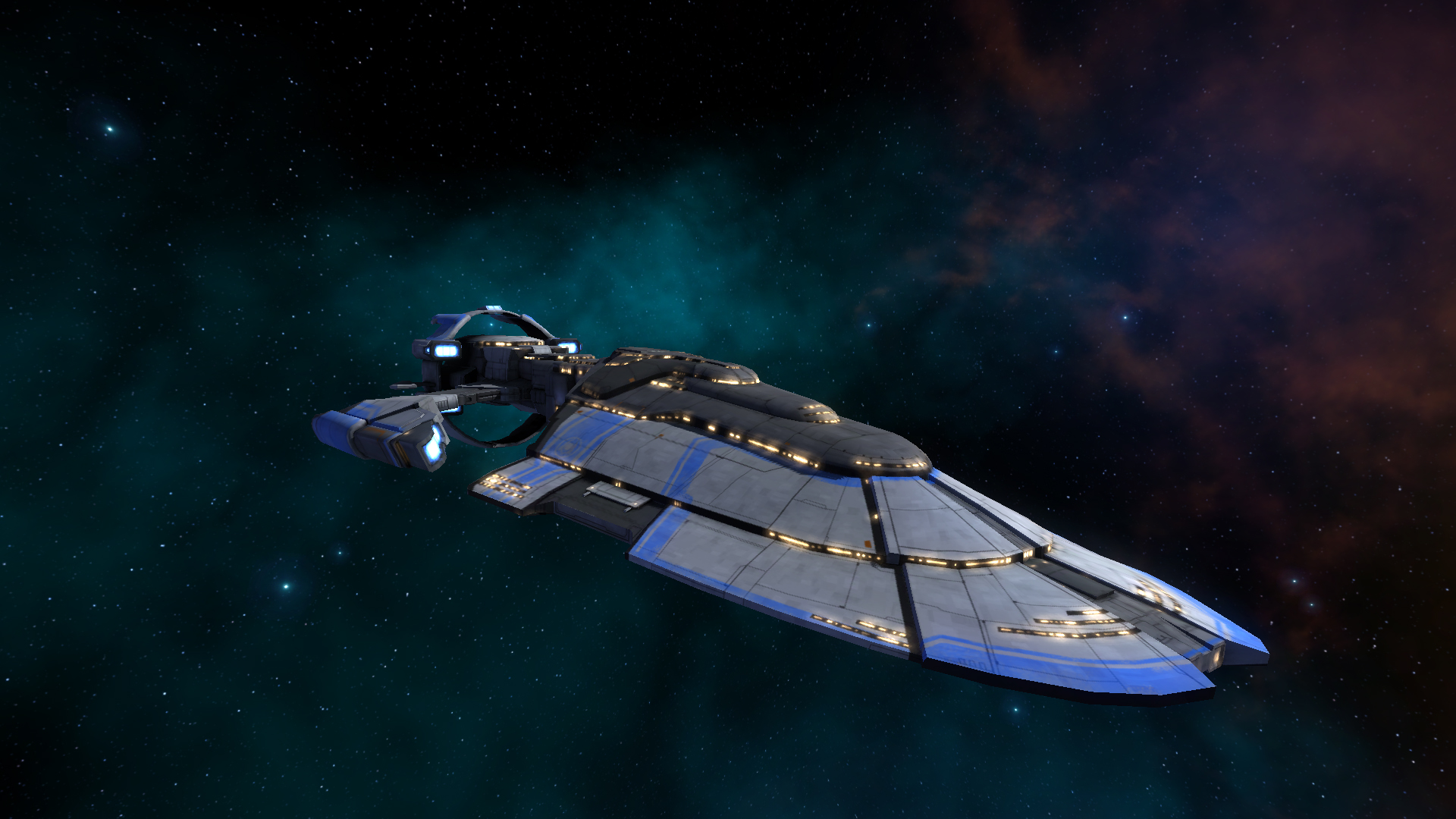 As for gameplay itself, the first thing you have to do is pick a technology. There are over 75 different groups on the tech tree and they all benefit different things based on the technology researched. Just like the old game you can manipulate the population for your needs at any given time, moving them around to things like research, food (to expand population) or into production (if you’re going into war and need more ships). This can be modified at any time, so there’s a lot of micromanagement involved. While this may sound overwhelming to some, fear not as the ability for newbies to avoid micromanagement has been introduced, instead allowing these players to simply set a category for each planet.

Of course moving around in a ship is one of the most appealing aspects of the game, allowing players to explore the galaxy. Doing this reveals special things like anomalies, treasure troves like abandoned cargo ships which can be investigate to earn credits. Every planet is procedurally generated and unique from one another from gravity levels, to resources, to size, to its current condition (including toxic, volcanic, terrain, gaia, desert, ocean — there’s tons of them). Each condition benefits race differently; some races can live on a toxic planet, some can’t. Once a planet is colonized, a procedurally created cinematic happens which are a beauty to behold.

Not only will planets be discovered throughout your travels, but also new species. A hundred different voice and animations have been captured for every single race so there are all kinds of variety heard and seen based on your relations with that race. When you piss them off, they’re going to tell you. 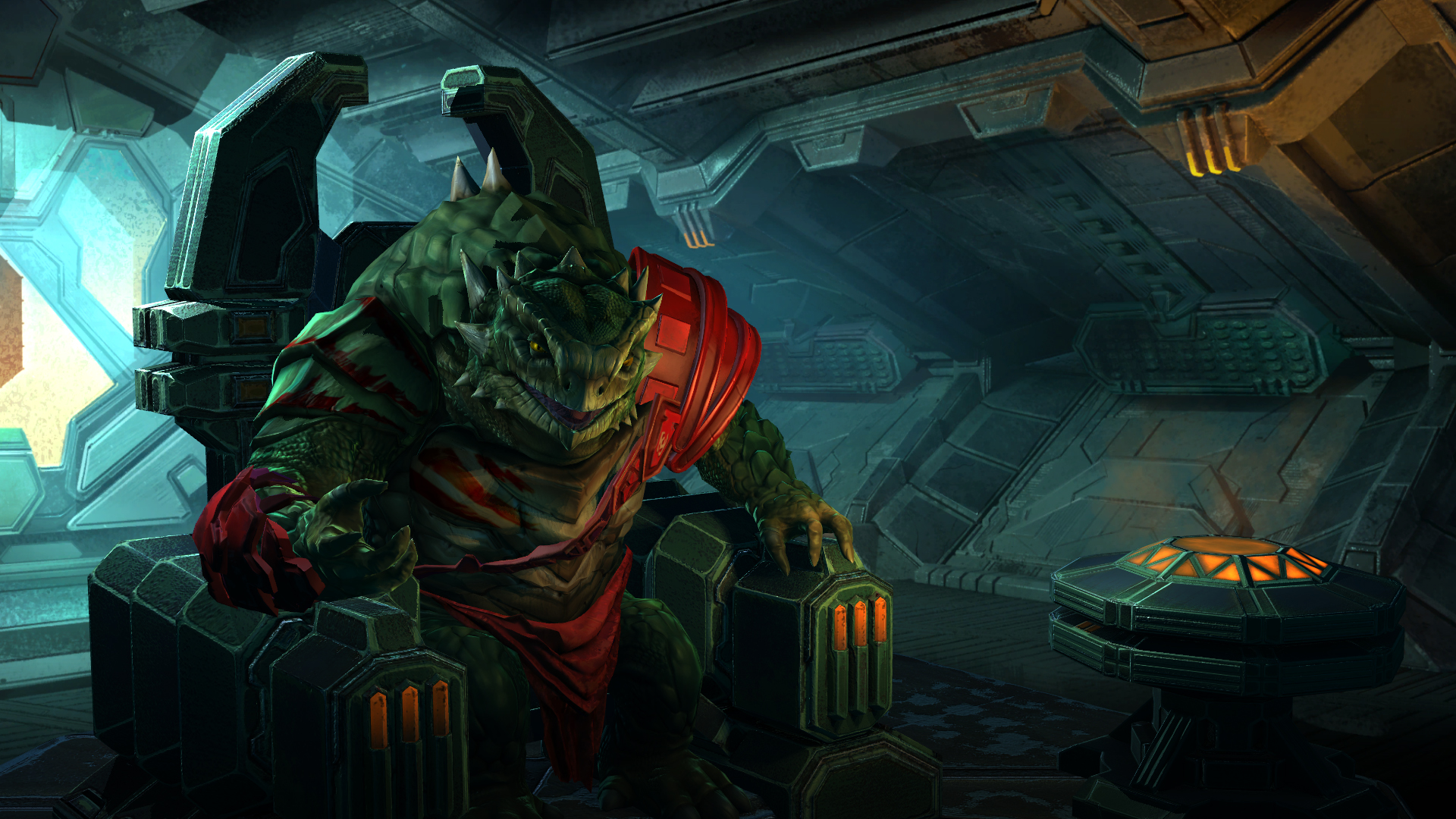 Every turn in the game is a year. A new entity has been added to the game called a starbase, a blockade device that allows empires (including your own) to establish the borders and block everybody else out. You can blow them up or open negotiations to get a border agreement, with plenty of options for each.

And finally you can breath a sigh of relief as the GNN robots will return. Fans of the original remember the snarky robots updating the status of the universe as shaped by the players. They’re even more sarcastic and funny now, only in fully voiced 3D form.

If one things clear about Master of Orion in its early stages of development, it’s that Wargaming is truly trying to stay faithful to the original game. We hear this far too often from developers of reboots, but it rings true in this case. The new Master of Orion simply feels like the 1993 game released in 2015 but with beautiful visuals and gameplay tweaked just enough in all the right areas to improve upon the original formula. It’s a departure for Wargaming, but one that strategy fans worldwide are going to want to keep their eye on.