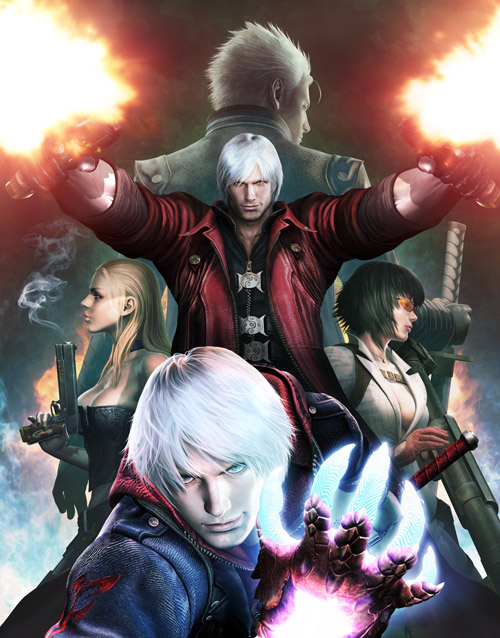 It’s hard to believe that Devil May Cry 4 is over seven years old now. This is the longest time since we’ve seen an internally developed Devil May Cry game hit the market as Ninja Theory’s phenomenal prequel/reboot filled the void two short years ago. There’s still a large demand for high octane, over the top action, and Capcom is bringing it to you. The Japanese studio has decided to not only bring the highly popular Devil May Cry 4 to a new set of consoles, but they’re also giving it to us at a reduced price. Can the older Devil May Cry framework can work in the modern day?

Devil May Cry 4 is a character action game where you play as Nero. Nero is a suspicious character as he has ashen hair, a demon arm, a magnum that shoots two rounds at once, and a spiffy sword. These are all traits and accessories similar to that of Dante. The only difference is that Nero doesn’t have the right attitude for a Devil May Cry protagonist. Dante is well known for his brash attitude that has always been fun loving, maybe a bit insane, but Nero is a serious downer whose goal is to save his childhood friend, Kyrie. He starts showing a bit more bravado as the story progresses, but not in the fun way. He’s more angrily sarcastic than anything and feels like some angsty teen. It doesn’t help that the story is chalked full of anime clichés and unsurprising plot twists. Mind you, Devil May Cry has never had a great story, but having the dull Nero as the lead really dampens the experience.

At the very least, Nero does offer a decent amount of gameplay changes from the traditional Devil May Cry formula. For one, his Devil Bringer adds to the combat structure by either roping enemies to you or hurling yourself towards them, which can lead to some sensational combos. Dante is the far better character as he has a ton of weapons to cycle through, whereas Nero is limited to a few. Regardless, learning the deep combat system, and turning on turbo mode, which is highly recommended for old school fans and newcomers alike, makes Devil May Cry 4 a far more tight experience. There’s nothing like cutting through tens of enemies in the most stylish way possible, but doing it at an increased speed makes it feel all the more hectic. 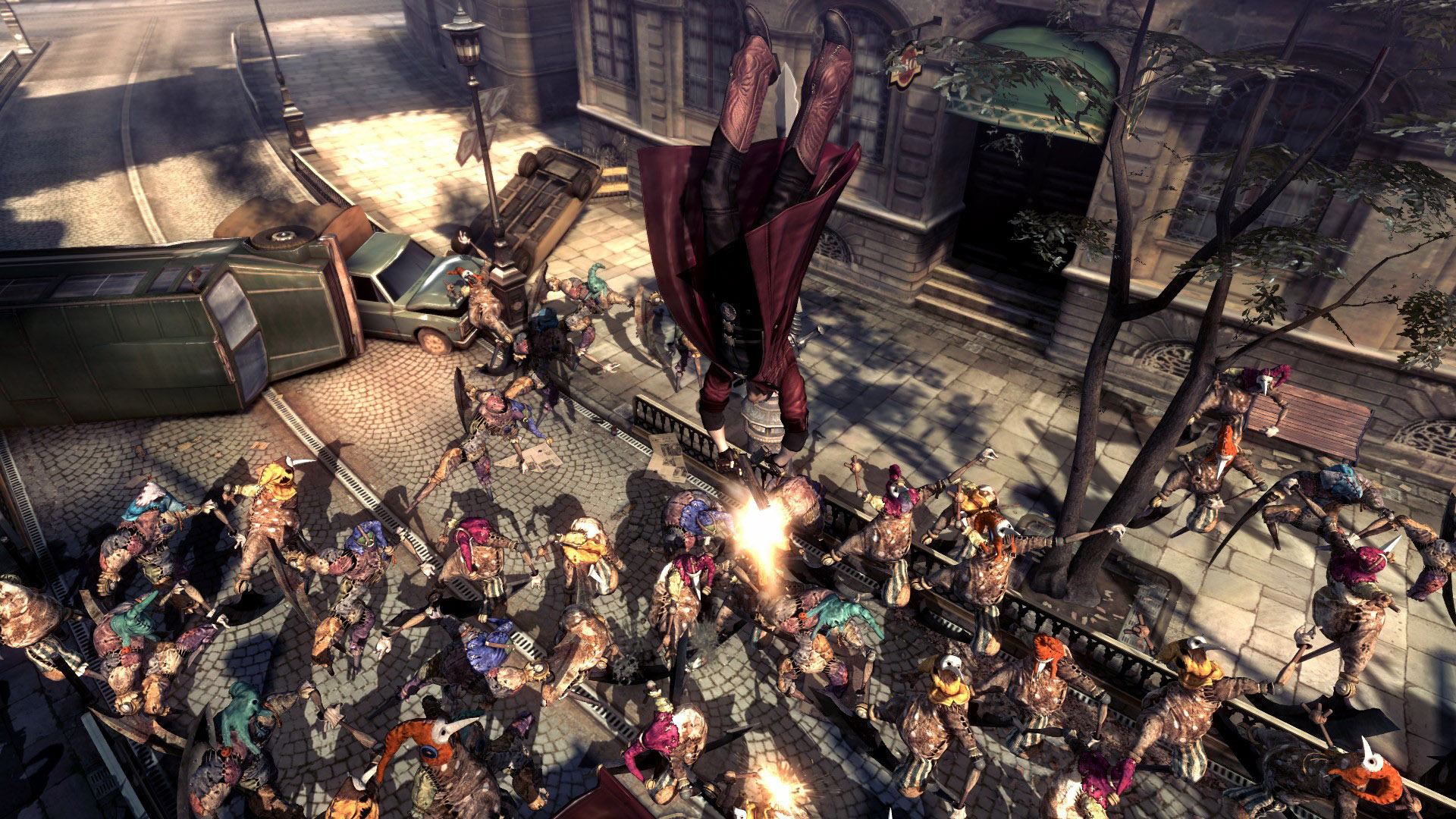 The problem Devil May Cry 4 has always had is its pacing. One would argue that the first half of the game is paced well, sending Nero through various trials against enemies with different elements. Unfortunately, as soon as the halfway marker comes down, it all falls apart. Bosses and enemies are reused to an alarming degree, to the point there’s one stage that’s basically a boss rush section. Granted, you are eventually able go through the missions as Dante, and his interactions with the bosses are quite amusing, but it makes the core structure quite repetitive. On the positive side, each of the bosses, which seem to have some sort of worldly element, are varied enough to offer much different strategies to defeat; so at least figuring out their attack patterns and facing them the first time can be a rewarding.

This re-release of Devil May Cry 4 wouldn’t be a “Special Edition” if Capcom hadn’t added new features and modes, and boy did they ever. The most significant addition to the Special Edition is the inclusion of Lady, Trish and Vergil as playable characters. These aren’t just reskins of Nero, but entirely new gameplay ventures where each has their own weapons and move sets. Among the three, Vergil is without a doubt the most enjoyable to play as he is both incredibly quick and features a far more diverse arsenal. Lady and Trish also have a strong showing, but Lady is more of a ranged fighter and Trish is considered the aggressor. In that sense, the two counter each other well by balancing the different fighting styles.

The only negative notion is that these characters aren’t put into their own unique stories. They receive their own opening cinematic, and a disappointing ending, but outside of that, they are just thrown into the same missions as Nero and Dante, but lacking the cutscenes. On the positive side, all the skill points and Red Orbs you earn throughout the three campaigns are shared with one another, so you can play with each character separately while distributing skill points equally. 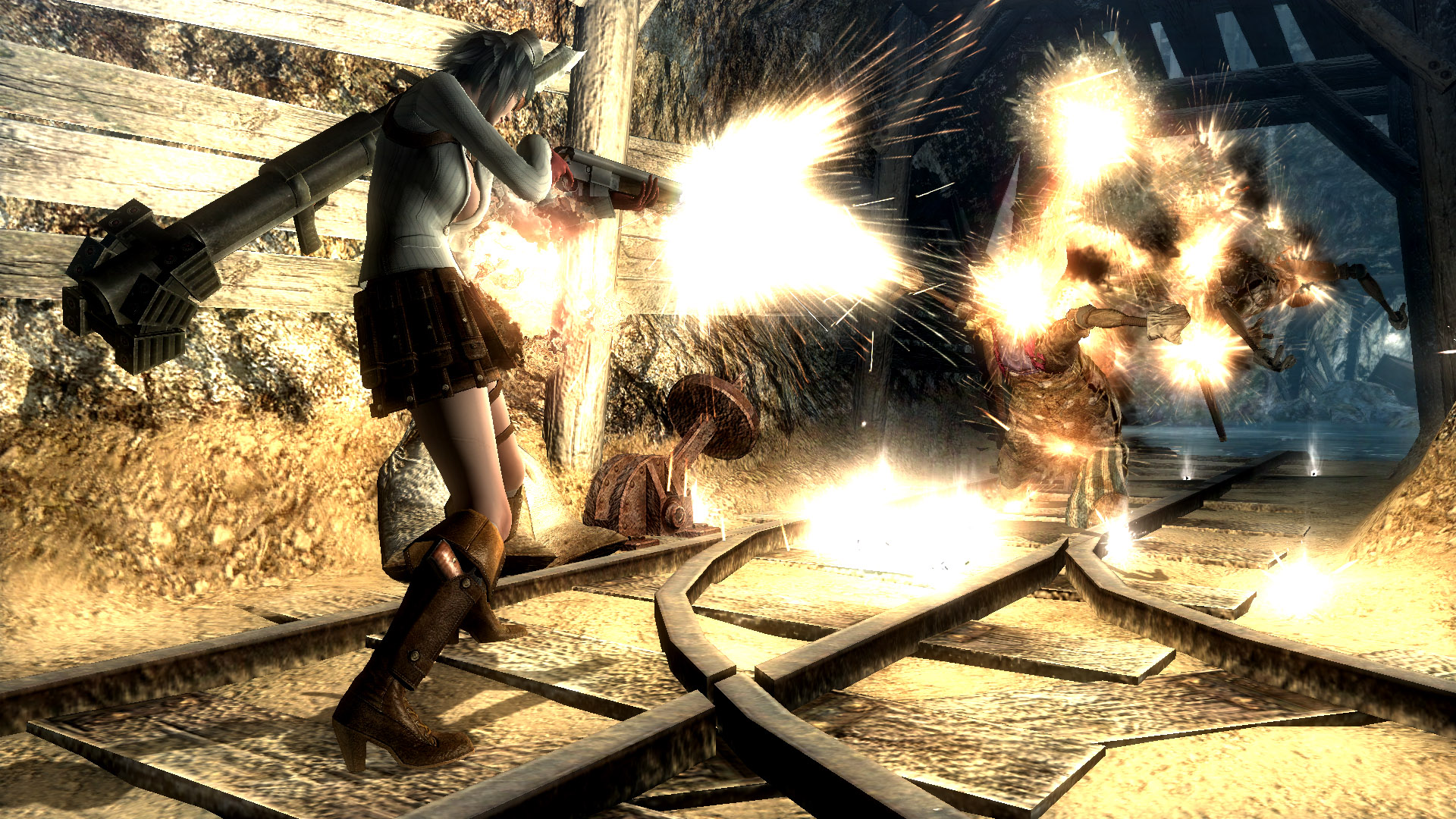 Devil May Cry 4 Special Edition is a good game wrapped in a great remastered package. Capcom could have just slapped together something with a higher resolution and called it an HD remaster like many are doing, but they elected to actually build upon their seven year old game by adding meaningful content. Granted, they didn’t reinvent the wheel with these extras, but playing as Trish, Lady and especially Vergil are more than welcome additions. With that said, Devil May Cry 4 isn’t without its faults. The story has all the clichés of a bad anime, and the progression, especially when it swaps to Dante, becomes a repetitive slog with both combat scenarios and bosses failing to add meaningful variety. It doesn’t help that the camera is still wonky and get in the way of platforming. Thankfully, Devil May Cry 4 Special Edition has a ton of charm thanks to its visual fidelity and combat fluidness that makes up for many of its shortcomings.