The Toy-to-Life business is booming. Activision set the world on fire with Skylanders, Disney heated things up with Disney Infinity, and Nintendo is cruising along with amiibo. Now we have Traveller’s Tales and Warner Bros. entering the fighting ring with LEGO Dimensions. Though Dimensions may be late to the party, the developer is ready to tackle the competition head-on. I played the game at E3 2015, and this might just be the Toy-to-Life game to rule them all.

I could tell LEGO Dimensions would be different from other Toy-to-Life games the moment I set my eyes on the Toypad and put the Dualshock 4 in my hands. LEGO Dimensions is all about breaking the rules that other games adhere to. During the demo, I played in three different levels that showcased what rules Traveller’s Tales is breaking. 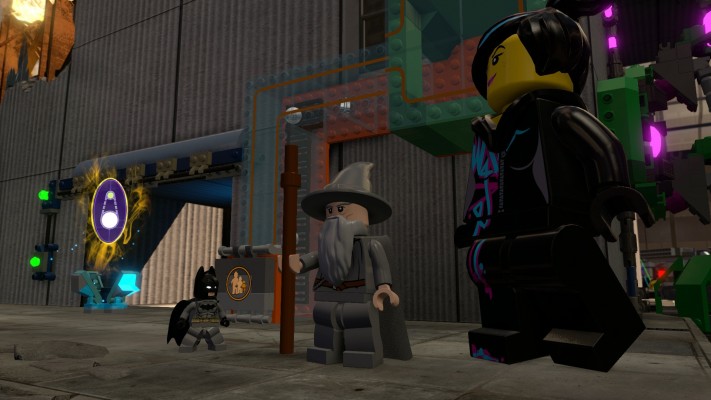 First off, the game has a fully developed storyline. Players follow Gandalf, Batman, and Wildstyle as they traverse multiple dimensions in search of a mysterious masked villain. Unlike other games, LEGO Dimensions is a mash-up of different characters and worlds that does not restrict characters to their own stories. The first level, set in the world of the Wizard of Oz, allowed me to bring in a large number of characters that have nothing to do with Wizard of Oz. For fun, I brought in Scooby Doo and Chell from Portal.

Traveller’s Tales has also weaved the Toypad into the gameplay. The second level was from Portal. Much like Portal, players will need to solve puzzles and progress through different test chambers. To do this, you’ll need to use that Toypad in conjunction with different Keystones. Keystones are modifiers built into the game that change the Toypad’s gamemode and give it certain unique functionalities. For example, the “Shift Keystone” opens different colored portals. To move your character, you’ll need to use the corresponding color on the Toypad to use that particularly colored portal. While it may seem complicated on paper, it’s actually rather easy to pull off in-game. However, I do fear that younger children may find this concept hard to comprehend. 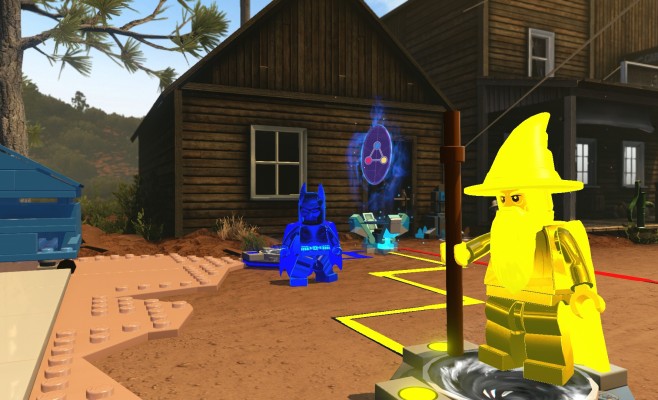 LEGO Dimension’s story is the main reason to play LEGO Dimension. This original story is jam-packed with clever dialogue, hilarious scenarios and tons of content. There are fourteen levels in the campaign, and Warner Bros. told me that you do not need to purchase any of the extra packs in order to enjoy the full story. Now, there are secret areas in the levels that you can only access if you have the respective character. For example, Chell can use her Portal Gun in the Portal world to get to collect a secret Minikit. In addition, Level Packs will add bonus levels to play through.

While the Toypad integration is new, the rest of the gameplay is remarkably similar to a traditional LEGO game. You still hammer the Square button for a melee attack, and tap/hold Circle to use a character’s special ability. Gandalf, who appeals to the adult audience, can levitate objects and shoot magic out of his staff. Batman, who appeals to about every demographic, can use his grappling hook and fire batarangs. Wildstyle, who appeals to the young and female demographics, can use her Master Builder skills to create unique objects.

There’s also plenty of customization fans can partake in. The Toys are real LEGOs, and can be taken apart at will. All the data is written to a character’s specific stand, so you can do whatever you will with the figures. Vehicles are also heavily customizable. You can spend your hard-earned studs on upgrades, or spend a Gold Brick to unlock a new vehicle variation. Every vehicle can be reassembled into three unique variations that have different abilities and uses for different situations. For the builders out there, Traveller’s Tales is providing virtual manuals so you can create these variations yourself. 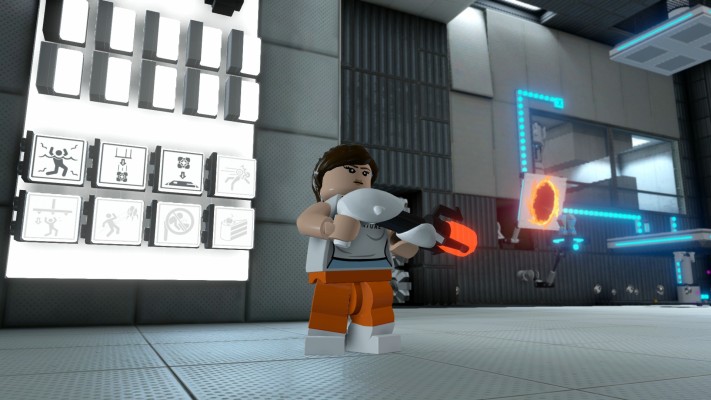 Of course, this wouldn’t be a Toy-to-Life game without additional content to buy. Warner Bros. is working diligently with the different film distributors and game publishers to bring as many properties to LEGO Dimensions. From their own properties, Warner Bros. is including The Lord of the Rings, DC Comics, Scooby Doo, and The LEGO Movie in Year 1. Also included in Year 1 are The Simpsons (Fox), Portal (Valve), and Jurassic World (Universal) among others.

The big question I had to as was whether Warner Bros. was working with Disney to add Star Wars and Marvel characters to LEGO Dimensions. I can tell you that, at this moment, Warner Bros. and Disney have not made any deals for Year 1, but that doesn’t mean something can’t happen in the future. Traveller’s Tales would love to have them in LEGO Dimensions, but they understand that Disney has their own priorities (Disney Infinity 3.0). 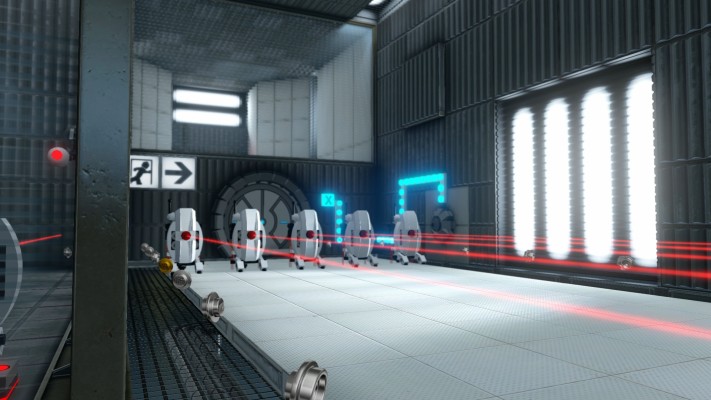 LEGO Dimensions is paying great attention to authenticity with each of its worlds. Traveller’s Tales wanted to craft levels that feel like they’re from the original franchise. For example, the Portal world is very white and sterile. Scooby Doo, on the other hand, is designed to look exactly like the old Saturday morning cartoon. In fact, to add to that authenticity, Traveller’s Tales has faithfully recreated the haunted house from the TV show’s opening credits. The attention to authenticity extends to voice-acting with Warner Bros. bringing in a large amount of the original actors from previous LEGO Games, and even some stars. Christopher Lloyd (Doc Brown), Elizabeth Banks (Wildstyle) and Ellen McLain (GLaDOS) are a few of the stars reprising their iconic roles.

LEGO Dimensions is genuinely the first Toy-to-Life game that has excited me. This could have been any old LEGO game, but Traveller’s Tales have mashed together iconic brands to deliver something new and fresh. The Toypad integration is a neat new gameplay mechanic, though smaller children under about the age of five may find it hard to understand. It also remains a mystery as to how well the game’s pricing model will do ($100 for the Starter Pack, $30 for Level Packs and $15 for Fun Packs). As of now though, LEGO Dimensions is a fun game and I’m looking forward to seeing how many embrace it.