The classic PC RPG Wasteland deserves enormous amounts of credit for what it did, not only for gamers at the the time, but for folks it inspired to create their own amazing games. Going back to it now, though, is a steep challenge. With that said, tons of fans adore it to this day which is why when Wasteland 2 hit Kickstarter back in 2012 that fans raised nearly $3 million dollars to see it brought to life. Both existing fans and modern PC players with no previous knowledge of the series fell in love when it hit Steam in 2014. In a surprising move, inXile Entertainment more recently decided to bring this title to console players as well. It’s a brave move but one that seems being treated with the care required. 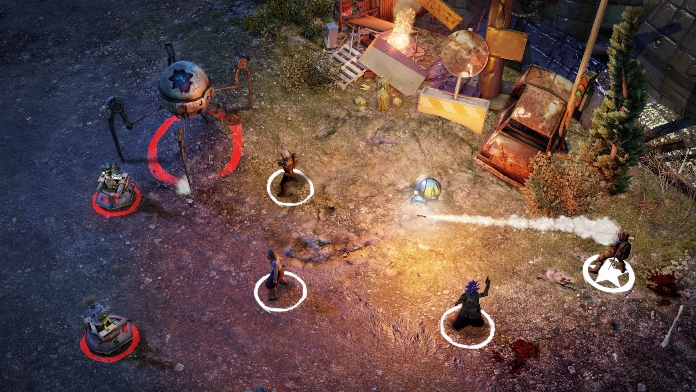 During my time at E3 I was able to sit down with Wasteland 2: Director’s Cut on console and give it a shot. The first thing I noticed was that there wasn’t really a big difference between controlling the game with mouse and keyboard versus, well, a controller. That was the first surprise, given the PC release doesn’t actually have complete or partial controller support currently. Basically, things feel right at home for PS4 or Xbox One players. Although I didn’t notice the visual differences, inXile also notes that the release also has improved graphics over the original.

Some might be wondering how exactly battles play out now that you’ve got a controller in hand rather than keyboard and mouse. Basically, it appears they’ve been redesigned slightly in ways that make sense. As a non-game design person myself I don’t particularly understand how one makes things work better for console players, but battles worked out fine. The only issues my team came across during battles were actually killing enemies as they ran away. Since Wasteland 2 is turn-based, I often found my crew situated just slightly too far as the enemies did their best to hightail it out of fights. Of course, that’s likely more to do with my lack of tactical foresight (and lack of skill at Wasteland 2 in general) than a problem with the title itself. 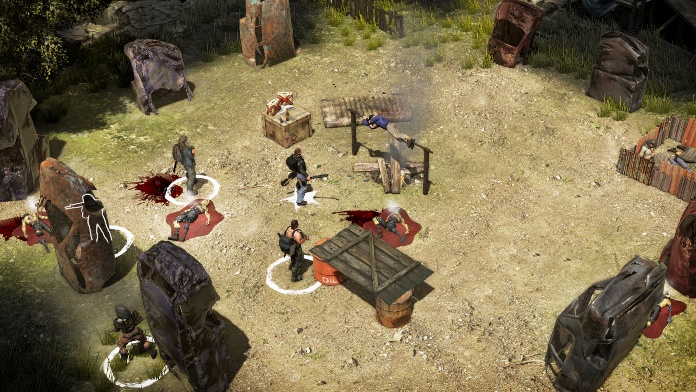 Along with all the other differences such as a revamped interface, there’s actual core updates to the game itself. Wasteland 2: Director’s Cut comes with additional precision strikes as wella s Perks & Quirks for your teammates. inXile Entertainment also fleshed out the voice work. Although there was definitely voice acting before, it was used in more limited fashion. Presumably now that they’ve made more money off the sales of the game on Steam they’re able to facilitate expanding voice overs throughout the entire experience. It’s certainly not a necessary change, but one that helps flesh things out in a positive way.

My concern is whether or not these changes and updates are enough to get existing fans to buy Wasteland 2 again. They obviously love the series, but does that love extend to consoles as well? With that said, the excellent controller support will easily facilitate a positive reception on consoles once the game releases there. It’s just a matter of whether or not console gamers particularly want to experience a PC-style tactical RPG while sitting on the couch. Here’s hoping they do, as it’s looking like a damn good experience wherever you choose to play. PC backers from Kickstarter will receive the Director’s Cut content as a free update when Wasteland 2: Director’s Cut launches on PS4 and Xbox One.